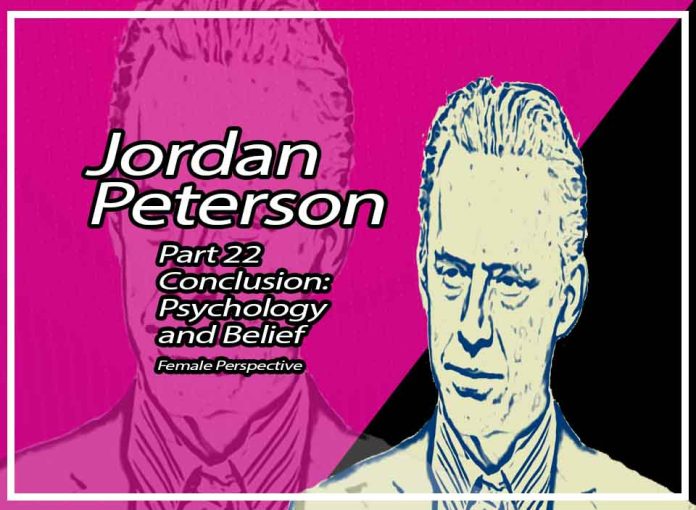 Will the conclusion hold the silver bullet that proves Peterson is everything they say he is? I doubt it, but we will see if you missed my previous notes and takeaways from the last lecture see it here:

Conclusion: Psychology and Belief – A Personality Guide BY Jordan B. Peterson

Jordan concludes the 2017 Introduction to Personality and its Transformations lecture series by discussing the psychology of belief and describing the individual’s reality and potential. Humans are information foragers who have evolved to exist on the edge of known and unknown land, order and chaos, and, symbolically, yin and yang. That’s where the flow of information is greatest and where the meaning that helps us cope with tragedy can be found.

You are completely aware of several things that you could stop doing to enhance your life, so try it and see what happens.

That’s a good idea, so it’s personality and its transformations because it is better to talk to you about who you are as a human being and also as an individual, but also what you could become, which is a crucial question in the domains of clinical psychology in particular. After all, a lot of what you do with people as a clinician is trying to figure out who they could become.

Piaget was attempting to bridge the gap between science and religion, and one of the things he did that he thought contributed to that goal was to ask, “Where do moral judgments come from?” Well, they partly emerge as a result of consensus, and it’s a bounded domain if we’re going to occupy the same space for any length of time, and those are two critical propositions, the same space and a long time, then we have to figure out how to get there.

Okay, so you build your routines from the bottom up, as Piaget pointed out, and sometimes from the top down because you can think yourself into a radical transformation now and then. Still, mostly you’re aggregating the micro-units of your interpretive schemas and behaviours into higher-order structures that you can then tag with higher-order abstractions.

Although this is the end, you can still watch 2017 Personality 22: Conclusion: Psychology and Belief for further information.

Wow-what a ride, I mean, bloody hell, not only have I found no evidence of Jordan Peterson being evil, but I have also enhanced my life journey. Peterson has a way with words and understanding of the meaning that is intuitive, but I often cannot find words for myself. I am not in any way disappointed that he is not what he was made out to be, In fact, I am privileged to have watched him. Please, I implore you to spend the time with this brilliant series. I will look into the future at more of his material. I hope you enjoyed my notes of the lectures, and they added some value. English is my third language, so you know, but thanks for coming with me on this journey, and I look forward to the comments.