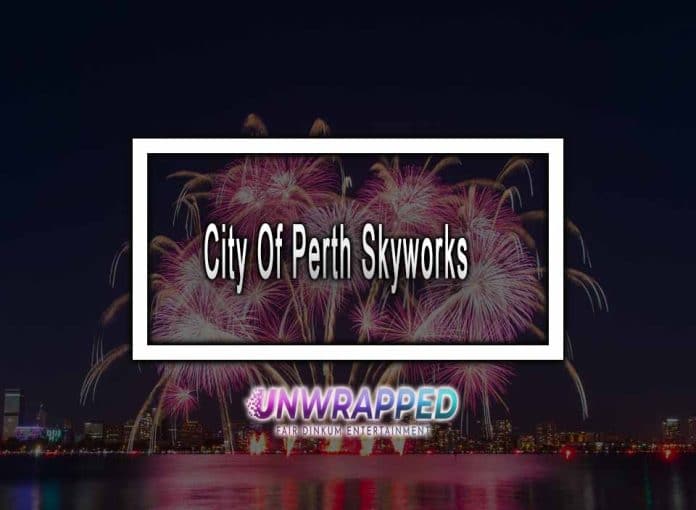 In addition, the Narrows Bridge, moving boats, jet skis (2012), and fireworks hanging from helicopters have been used as firing locations in previous Skyworks events (1999). The pyrotechnics are synchronised to a soundtrack played on the event’s primary sponsoring radio station while the fireworks are in progress, with each year’s soundtrack including a new theme. Concerts, festivals, amusement rides, food markets, and an air show featuring aircraft demonstrations and aerobatics displays over the river are among the festivities and entertainment that accompany the Skyworks exhibition.

The Skyworks began in 1985 as a collaboration between 96FM and the fireworks firm Syd Howard Fireworks International and has since grown to become one of Perth’s most popular events. Many fireworks firms have delivered the performances; Pyrostar International supplied many shows in the 1990s and early 2000s, while Foti Pyrotechnics was in charge of the fireworks in 2005 and 2006. Howard and Sons were in order of the fireworks from 2007 to 2009, while Oracle Attractions was in charge of the laser show. Foti Fireworks took up the fireworks in 2010 and continued to do so every year until 2015, when Howard and Sons returned to Skyworks in 2016.

Before the 2022 event, Lord Mayor Basil Zempilas hinted that Skyworks might be paused or abandoned in the future, citing the event’s long-term viability, environmental concerns, and the limitations of executing such a large-scale event while adhering to COVID-19 rules as reasons to do so. Authorities also suggested the controversy surrounding Australia Day celebrations for reconsidering the event’s staging. Future festivals would be cut back, according to Zempilas, who stated in March 2022 that “it would be irresponsible to continue with the sort of event that we had in the past when we know that it is feasible to do it in a more cost-effective and ecologically friendly way.” In the future, a shorter fireworks show with a drone show localised in Langley Park might be a possibility, with some supporting activities remaining.

Skyworks rose to national prominence in the 2000s as disruptive and inebriated behaviour by certain showgoers grew more regular, driving families away from the event. Following the 2004 gig, police in riot gear assaulted inebriated concertgoers along the South Perth shoreline, arresting several hundred individuals that night. Furthermore, over 300 people were hospitalised for alcohol and violence-related disorders, including stabbings and random attacks. While, Western Australian Police successfully mounted an operation to reduce such behaviour at the 2006 Skyworks.

Also, See This: Top 10 Reasons to Visit The City of Festivals Brisbane in 2020

Before the 2010 Skyworks, major sponsor Lotterywest removed its name from the show after 15 years as a naming rights holder and threatened to revoke funding for future Skyworks due to the event’s continued levels of violence. Do you know? To prevent rowdy behaviour, alcohol was fully forbidden at the 2010 event, resulting in a decreased crowd of 250,000 people on the foreshore. In 2011, authorities adopted a considerably harsher position on drunkenness and anti-social behaviour during the exhibition, introducing designated drinking zones that made alcohol use illegal outside these areas. Skyworks has mainly recovered to being a violence-free, family-friendly event by 2015.

Where was the First Perth Skyworks Held?