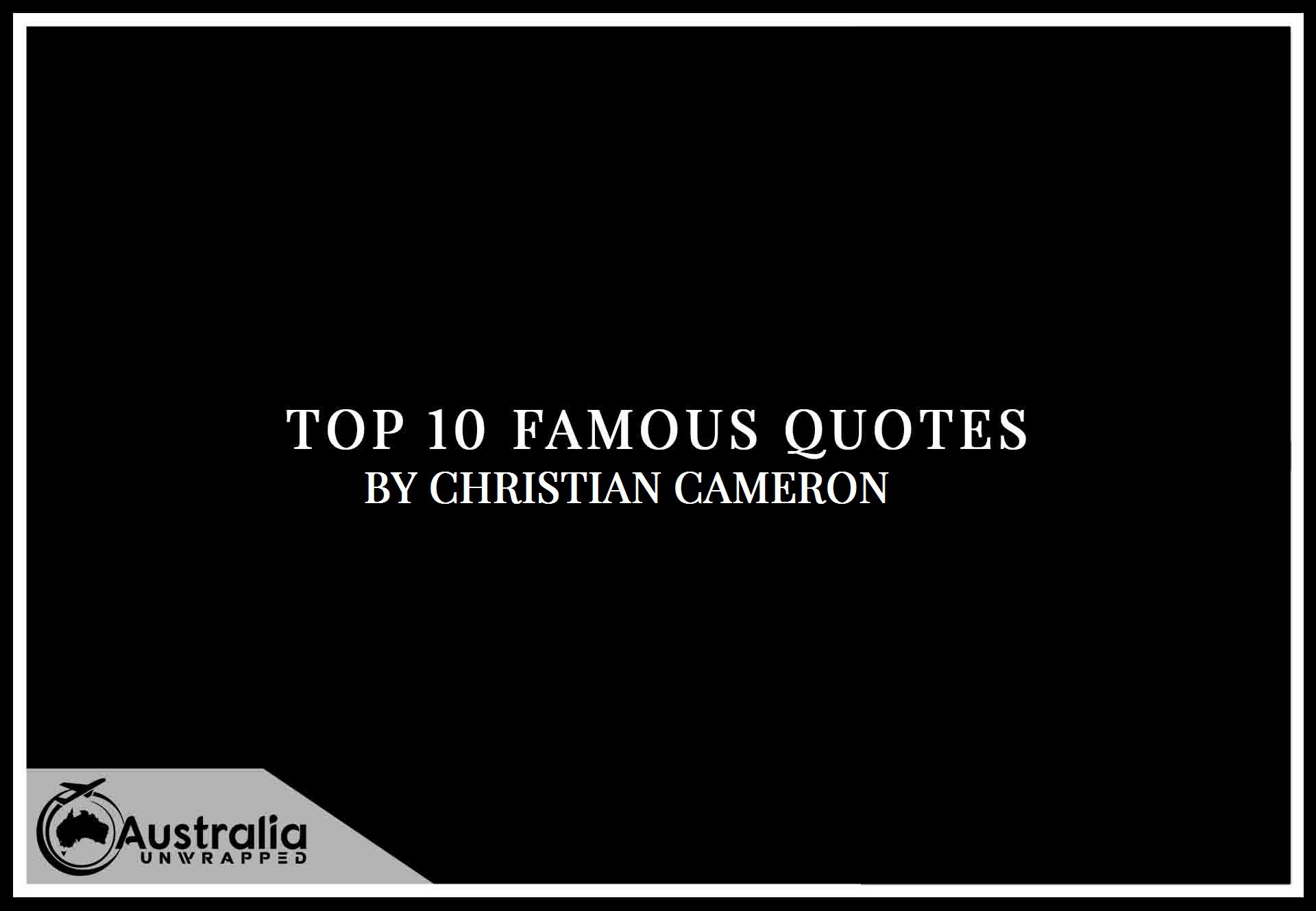 In 1962, Christian Cameron was born in Pittsburgh, Pennsylvania. Growing up, he attended McQuaid Jesuit High School in Rockport, Massachusetts, Iowa City, Iowa, and Rochester, New York, where he graduated with a degree in history from the University of Rochester.

The longest undergraduate degree on record (1980-87), he joined the United States Navy, serving as an intelligence officer and a backseater in S-3 Vikings in the First Gulf War, Somalia, and elsewhere. In 2000, he became a full-time writer after a dozen years of service. In Toronto, he lives with his wife Sarah and their daughter Beatrice, who is currently four years old. And a half.

More from the Author: https://amzn.to/3cgLDXf

“How the gods must have laughed”
― Christian Cameron

“It is a hard thing, to reach this point on this long road, and know that I am not the hero. I am the villain. I have killed a thousand men, taken a thousand women, enslaved ten thousand.’ He raised his hands. ‘What does that make me?”
― Christian Cameron, God of War

“Seguin made his decision. He raised his lance, held it over his head –no mean feat –and called out. ‘To hell!’ he shouted.
In terms of pre-battle speeches, it was the best I’ve ever heard.”
― Christian Cameron, The Ill-Made Knight

“There’s good things about wearing armour. One is that if your horse bounces you through deep brush, all that happens is that you get pine-needles in your visor.”
― Christian Cameron, The Ill-Made Knight

“But on the day after a defeat, the men who matter are the leaders. Anyone can lead men after a victory. Only the best can lead after a defeat.”
― Christian Cameron, Marathon

“Boys torment each other when there’s nothing else to do and no Frenchmen to fight.”
― Christian Cameron, The Ill-Made Knight

“A dead war horse is the single most expensive corpse you’ll ever see.”
― Christian Cameron, The Ill-Made Knight

“…there is no such thing as a ferocious charge uphill.”
― Christian Cameron, Killer of Men

“It is better to be feared than loved,”
― Christian Cameron, Tom Swan and the Siege of Belgrade: Part Five

More from the Author: https://amzn.to/3cgLDXf