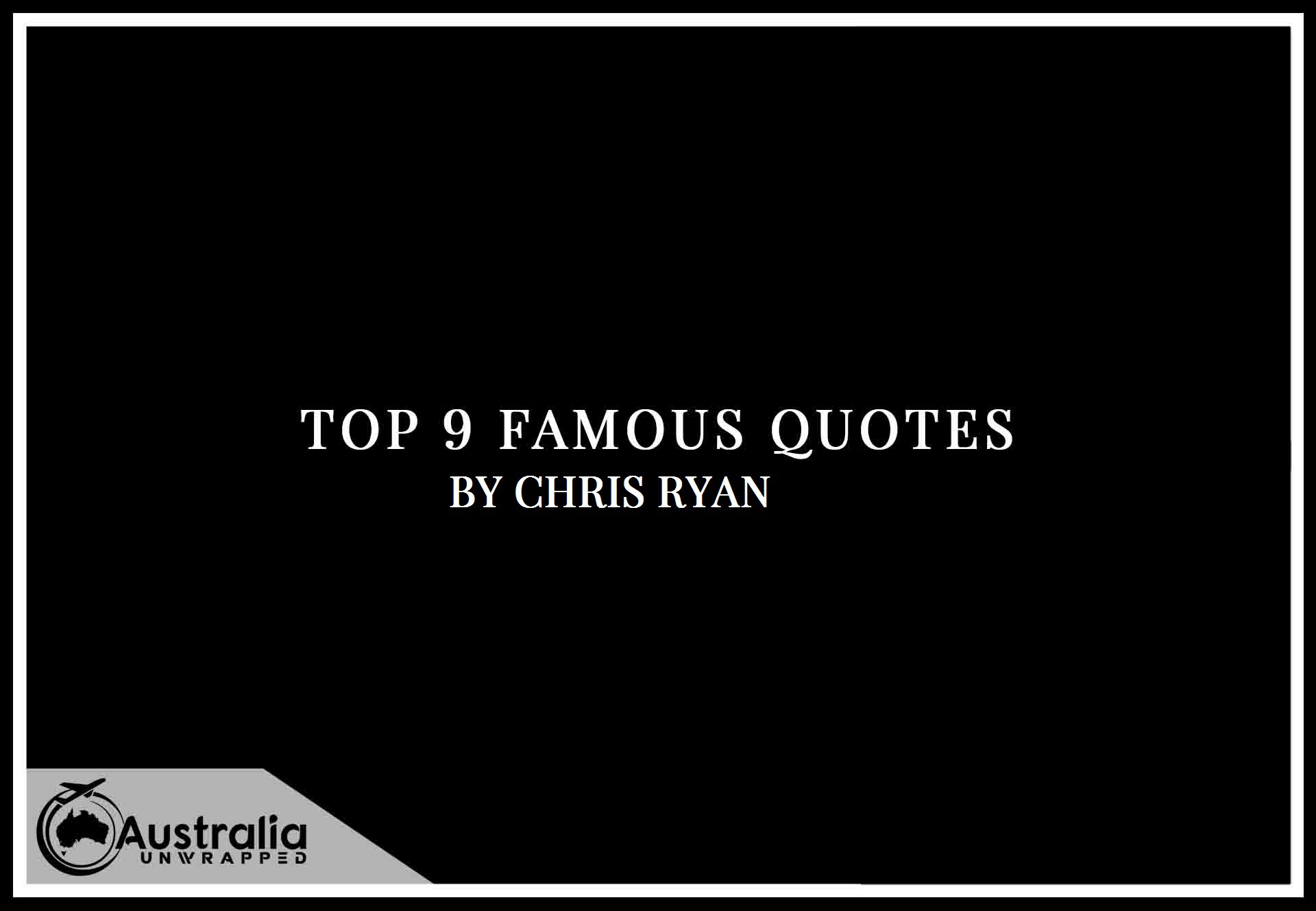 Quotes, who doesn’t love a good quote? This series of articles we look at Top 9 Famous Quotes by Author Chris Ryan, author quotes are always a challenge and fun to pick, with Chris Ryan you will find my Nine favorites of Chris Ryan’s quotes.

In 1961, Chris Ryan was born in a village near Newcastle. He joined the SAS in 1984. During his ten years in the Regiment, he participated in overt and covert operations and was also the Sniper team commander for the anti-terrorist team.

During the Gulf War, Chris was the only member of an eight-man team who escaped from Iraq, while three colleagues were killed and four were captured. During the course of this escape and evasion, the SAS accomplished the longest evasion in their history.

As a result, he was awarded the Military Medal. Ryan selected and trained potential SAS recruits during his last two years in the Regiment. In his work in security, he travels around the globe.

Among his TV appearances are HUNTING CHRIS RYAN, PUSHED TO THE LIMIT (Toughest Families) and TERROR ALERT (Sky TV, 2004).

More from the Author: https://amzn.to/3KgDdeW

“The following biological toxins are known by the security services to have been weaponised: Smallpox Anthrax Plague Pneumonic Tularemia Viral Equine Encephalitis Botulinum Ricin T-2 Mycatoxin It is not known how many terrorist organisations are in possession of these weapons.”
― Chris Ryan, Hellfire

“Like I said earlier, it sounds like I’ll need a plan B, said Porter. Because I can’t see them going for any of that bollocks. They’ve had more peace plans than I’ve had bottles of vodka, and if they wanted money, they would have asked for it by now.”
― Chris Ryan, Strike Back

“What is it they say about an organisation being like a tree full of monkeys? The ones at the top look down and see a lot of smiling faces, the ones at the bottom look up and see a bunch of arseholes?”
― Chris Ryan, Hunter Killer

“But what if it’s a trap?’ she repeated.
Joe gave her a hard stare.’Of course it’s a fucking trap,’ he said.”
― Chris Ryan, Osama: The First Casualty of War is the Truth, the Second is Your Soul

“.’If things get on top of you’, my mum always used to say, ‘have a good cry.’.”
― Chris Ryan, The One That Got Away: My SAS Mission Behind Enemy Lines

“ You stand out more than Victoria Beckham would in the local Primark!”
― Chris Ryan, Who Dares Wins

More from the Author: https://amzn.to/3KgDdeW