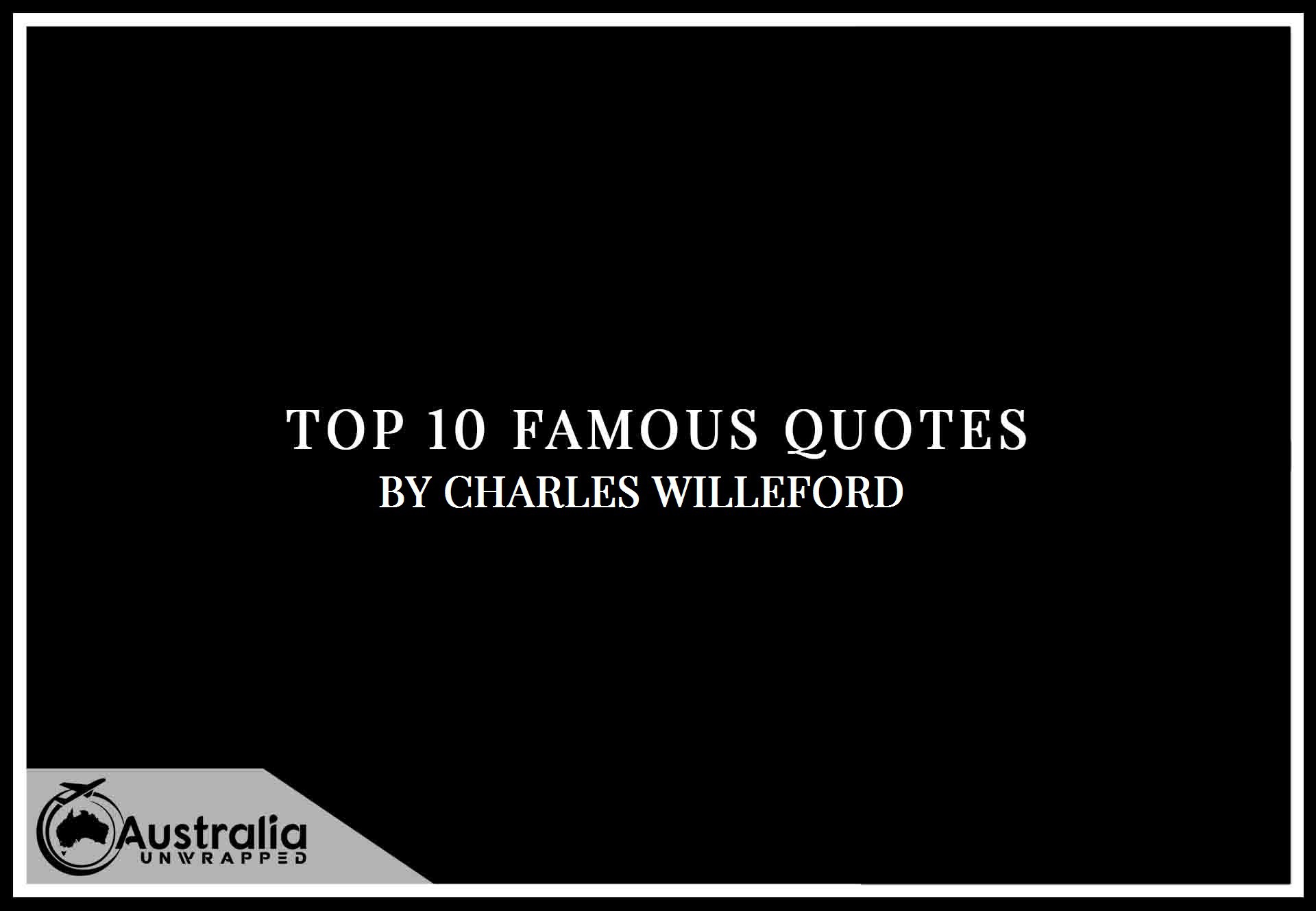 Love reading? Then it’s likely you will love a good quote from your favourite author. This article covers Charles Willeford’s Top 10 Popular and Famous Quotes that we at Australia Unwrapped have collected from some of his greatest works. Charles Willeford quotes to remember and here you will find 10 of the best. A memorable quote can stay with you and can be used along your journey. Choosing Charles Willeford’s top 10 quotes is not easy, but here they are:

“Nothing human surprises me.”
― Charles Willeford

“Smoking comforts ordinary men, but I’m not an ordinary man. There aren’t many like me left. And it’s a good thing for the world that there isn’t. There’ll always be a few of us in America in every generation. Because only a great country like America can produce men like me. I’m not a thinker, I’m a doer.”
― Charles Willeford, Sideswipe: A Hoke Moseley Novel

“Money is the root of all goodness. To talk disparagingly about money is the privilege of those who have money. There are also those people who state matter-of-factly that “money isn’t everything”. This statement is also true, but only so long as one has money.”
― Charles Willeford, The Black Mass of Brother Springer

“I can’t see any point to hanging around a Burger King all day, no matter how much money you make. …. I’ll tell you why. Your life would depend on the random desires of people who wanted a hamburger. So you can just forget about Burger King.”
― Charles Willeford, Miami Blues

“It started out as kind of a joke, and then it wasn’t funny anymore because money became involved. Deep down, nothing about money is funny.”
― Charles Willeford, The Shark-Infested Custard

“Outside of taking care of a man’s needs, women don’t get much pleasure out of life, anyways.”
― Charles Willeford, Cockfighter

“thinking, when you first try it, is very difficult.”
― Charles Willeford, I Was Looking for a Street

“My work is one long triumph over my limitations.”
― Charles Willeford, The Second Half of the Double Feature

“No whiskey, no religion, nothing.”
― Charles Willeford, Pick-Up

“It is a funny thing. A man can make a promise to his God, break it five minutes later and never think about it. With an idle shrug of his shoulders, a man can break solemn promises to his mother, wife or sweetheart, and, except for a slight momentary twinge of conscience, he still won’t be bothered very much. But if a man ever breaks a promise to himself he disintegrates. His entire personality and character crumble into tiny pieces, and he is never the same man again.
I remember very well a sergeant I knew in the army. Before a group of five men he swore off smoking forever. An hour later he sheepishly lit a cigarette and broke his vow to the five of us and to himself. He was never quite the same man again, not to me, and not to himself.”