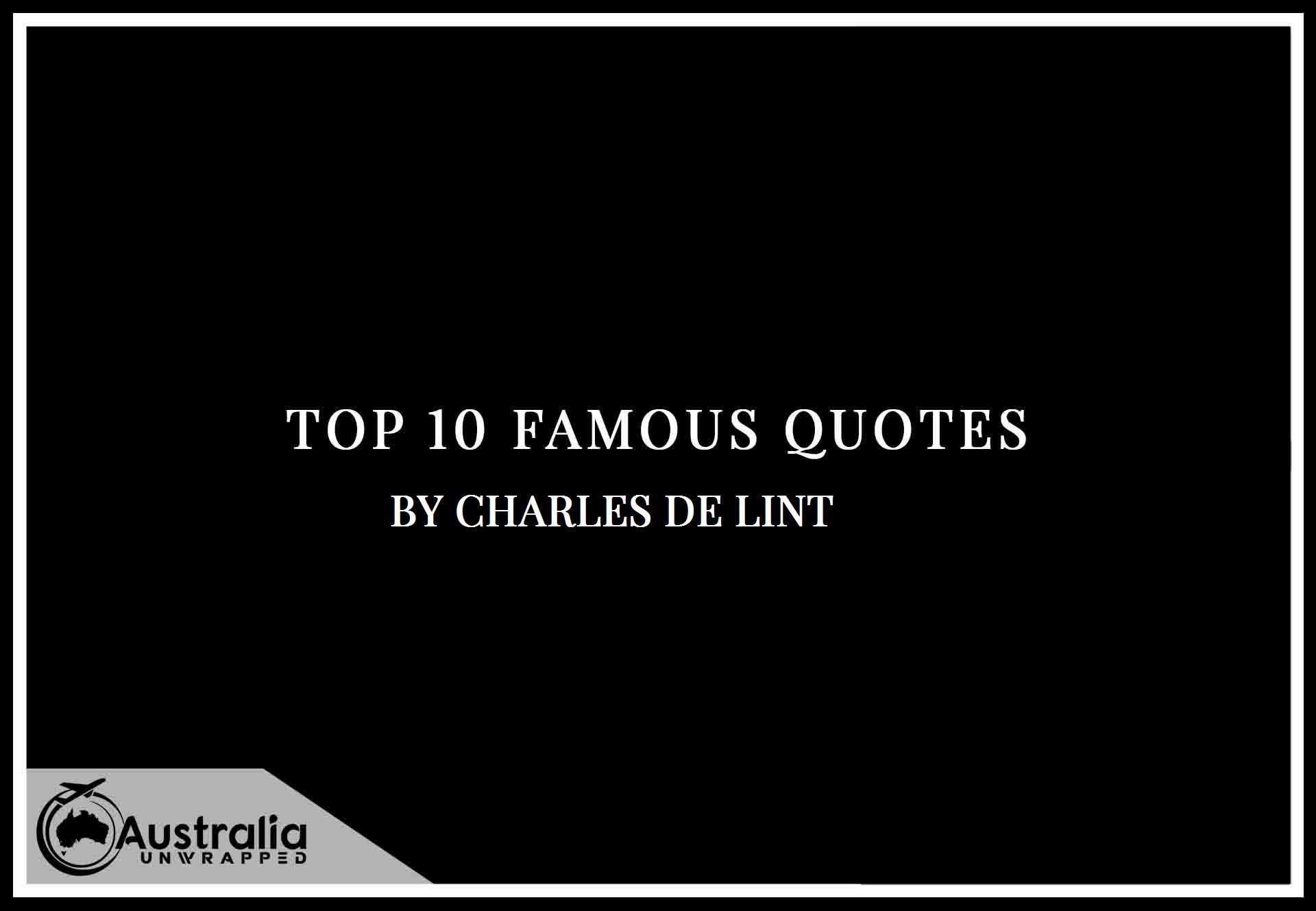 Quotes, who doesn’t love a good quote? This series of articles we look at Top 10 Famous Quotes by Author Charles de Lint, author quotes are always a challenge and fun to pick, with Charles de Lint you will find my Ten favourites of Charles de Lint’s quotes.

“I don’t want to live in the kind of world where we don’t look out for each other. Not just the people that are close to us, but anybody who needs a helping hand. I cant change the way anybody else thinks, or what they choose to do, but I can do my bit.”
― charles de lint

“We’re all made of stories. When they finally put us underground, the stories are what will go on. Not forever, perhaps, but for a time. It’s a kind of immortality, I suppose, bounded by limits, it’s true, but then so’s everything.”
― Charles de Lint

“Every time you do a good deed you shine the light a little farther into the dark. And the thing is, when you’re gone that light is going to keep shining on, pushing the shadows back.”
― charles de lint

“It’s all a matter of paying attention, being awake in the present moment, and not expecting a huge payoff. The magic in this world seems to work in whispers and small kindnesses.”
― Charles de Lint

“The stronger a woman gets, the more insecure the men in her life feel. It doesn’t work that way for a woman. We celebrate strength–in our partners as well as in ourselves.”
― Charles de Lint, Memory and Dream

“Don’t forget – no one else sees the world the way you do, so no one else can tell the stories that you have to tell.”
― Charles de Lint, The Blue Girl

“That’s the thing about magic; you’ve got to know it’s still here, all around us, or it just stays invisible for you.”
― Charles de Lint

“Remember the quiet wonders. The world has more need of them than it has for warriors.”
― Charles de Lint, Moonheart

“I do believe in an everyday sort of magic — the inexplicable connectedness we sometimes experience with places, people, works of art and the like; the eerie appropriateness of moments of synchronicity; the whispered voice, the hidden presence, when we think we’re alone.”