Skip to content
You are here:Home / Carol O’Connell’s Top 10 Popular and Famous Quotes 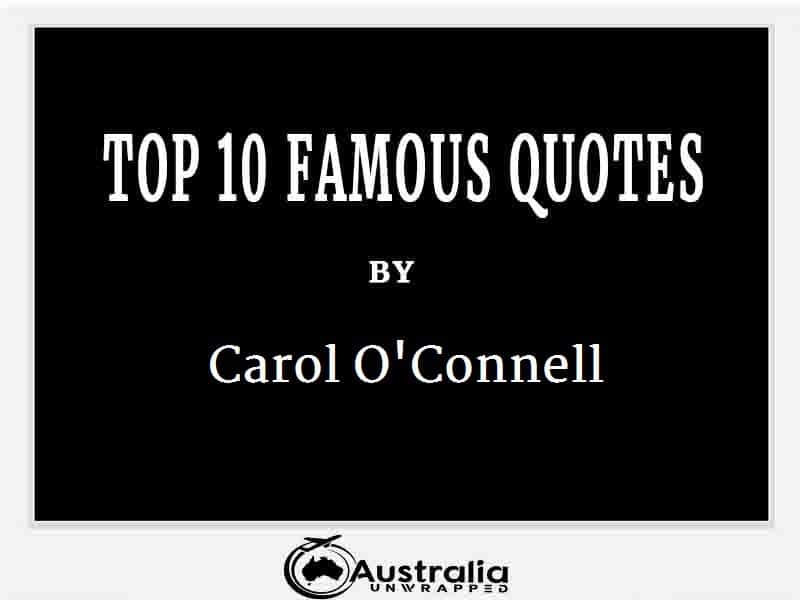 Quotes, who doesn’t love a good quote? This series of articles we look at Top 10 Famous Quotes by Author Carol O’Connell, author quotes are always a challenge and fun to pick, with Carol O’Connell you will find my Ten favourites of Carol O’Connell’s quotes.

“Crazy is a place,” said Janos. “You go, you come back.”
― Carol O’Connell, Crime School

“The little man behind that desk was the joke candidate of election years, best remembered for his trademark yellow bowtie. In Riker’s fashion philosophy, bows should be reserved to the pigtails of little girls or the collars of tiny dogs hatched from peanut shells.”
― Carol O’Connell, The Chalk Girl

“Hubris, thy name is Mallory — she believed she could get away with mouthing off to the chief of D’s in front of witnesses. She could not. Coffey could tell that much by the change in the atmosphere — the dead silence of a room with too many guns in it.”
― Carol O’Connell, The Chalk Girl

“Jack Coffey shrugged, and this was akin to waving a white flag of surrender. Sometimes losing was a good idea. Failure could be so restful. His tension headache was gone even before his two detectives had been dispatched uptown to Central Park.”
― Carol O’Connell, The Chalk Girl

“On the way home from school, we stop off for a slice of pizza — Phoebe’s treat. She says there’s an upside to what they did to me today. I’ve marked my place in the annals of school history. She says, “They’ll never get that bloodstain out.”
― Carol O’Connell, The Chalk Girl

“Charles did not hear the door close, yet he knew that he was alone. Though he might not always see her coming, he could always tell when he had been left behind. So simple, really. He kept getting hit by the same damn train.”
― Carol O’Connell, It Happens in the Dark

“Today, in jeans and a sweatshirt, she was dressed in solid gray right down to her boots, and he wondered if this was Loman’s idea of fashion, matching the color of her clothes to her hair.”
― Carol O’Connell, It Happens in the Dark

“After my first book was published, I received an envelope full of religious material from a fan who wanted to save my soul. That’s when I knew I was on to something.”
― Carol O’Connell

“And the civilian yelled, “I’m from the Times!” which made him a reporter and thus a legal kill in the codebook of the NYPD.”
― Carol O’Connell, The Chalk Girl

“You know it’s a dysfunctional family,” said Riker, “when the one you like best is a mass murderer.”
― Carol O’Connell, Winter House

“When strangers on a train or a plane ask what I do for a living, I say, “I kill people.” This response makes for a short conversation. No eye contact and no sudden movement from my seat-mate. Only peace and quiet. Rare is the fellow passenger who asks why I do it.

I suppose I got tired hanging out in a book all day waiting for a story to begin. I write the kind of novels I want to read. And why the theme of solving murders? Violent death is larger than life and it’s the great equalizer. By law, every victim is entitled to a paladin and a chase, else life would be cheapened.

And the real reason I do this? My brain is simply bent this way. There is nothing else I would rather do. This neatly chains into my theory of the writing life. If you scratch an artist, under the skin you will find a bum who cannot hold down a real job. Conversely, if you scratch a bum… but I have never done that.

The heart of my theory has puritan roots: if you love what you do, you cannot call it honest work.” 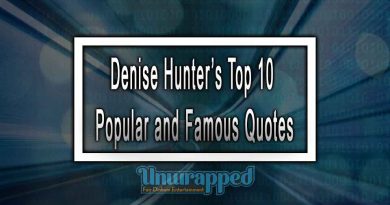