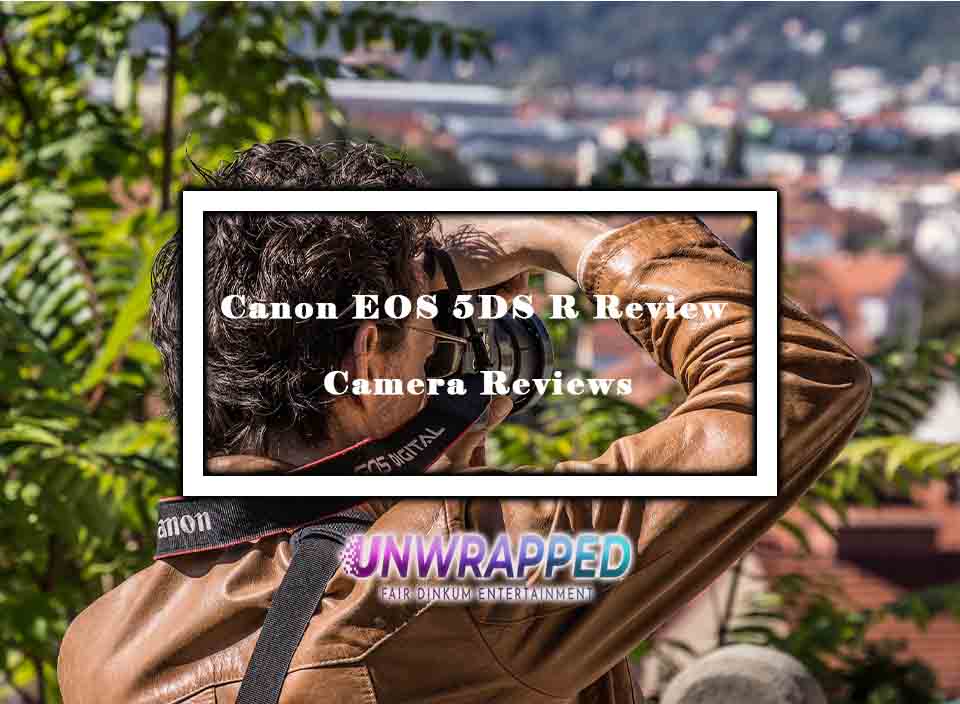 Canon EOS 5DS R is the top rating camera with the highest megapixels range in the world. This camera is specially designed for photography enthusiasts, artists and professional photographers. No doubt, Canon 5DS is not for anyone who just shares photos on social media. In terms of price and top-end features, this camera is not made for anyone who does not know deep end photography. It is a device from a renowned camera brand that is Canon.

Simply, for any photography enthusiast, this camera delivers heavenly image quality. Let’s have a detailed overview of this photography giant’s features and specs.

Canon EOS 5DS R is covered in black with an interchangeable lens. For a more aesthetic look, it got a textured finish. It is not unusual, but 5DS has a bulky and big design with dimensions of 6 x 4 x3 inches. It weighs only 32.8 ounces with the lens detached.

Well, performance-wise 5DS R is great. But it lacks an anti-aliasing filter which is essential for sharpness. This is something professional photographers miss in 5DS R.

In the front of the camera, you will notice the EF series mount. Avoid using lenses other than the EF series for better performance. But this is not a problem. Canon offers multiple ranges of glass plus third party lenses. But as recommended use the EF series.

If you are seeking for the hot-shoe button, it is on the top deck. On one side of the shoe is a locking mode dial plus an on/off switch. While on the other side, buttons like Drive/AF, Balance/Metering, lamp and ISO have been placed. Near the grip on top, you notice a jog wheel and a shutter button. There is one drawback, like other DSLRs, there is no built-in flash.

The back of the camera is saturated with lots of buttons. For example, Delete, Rate, Creative Photo, Enlarge and Reduce. Near these buttons, a menu button and Live Video control are placed for recording options.

Two compartments are present on the right side for Compact Flash and SD.

There is a tripod mount at the bottom nearby the battery location. Well, the battery can be used for 700 shots. This number is reduced to 200 in case you are using live view.

Canon EOS 5DS R owns an exceptional 50.6MP CMOS sensor supported by two Digic 6 processing units. At 5 frames per second, it will let you click the photo of 8,688 x 5,792 pixels. When it comes to processing chips, 50.6MP is the highest number for DSLRs in the market.

It is a rare thing to have Smart Auto on professional DSLRs. But Canon EOS 5DS R runs with Smart Auto. Professional don’t admit, but Smart Auto comes in handy when someone needs to click instant photo.

By default, the ISO settings are between 100-6,400. It can be increased from 50 – 12,800 with the use of expansion materials. We can say, Canon EOS 5DS R is an awesome low light camera. Even when you zoom lens for the photo, it will be sharp and crisp in quality.

What is not working with Canon EOS 5DS R is the video shooting. It has a maximum range of 1920×1080 resolution at the rate of 30p. The quality is not bad, but also not great as compared to other DSLRs.

Canon EOS 5DS R is undoubtedly an awesome device due to its highest 50.6MP and excellent viewfinder. Photographers find optical View Finder fascinating. We have to admit, it is a good medium format alternative with extraordinary low light performance. But due to such an expensive price of $3000 plus, it is inaccessible for an average person. Another drawback is the lower quality of video shooting in comparison to other DSLRs. Lack of Wi-Fi technology is another issue.

Top Reasons You Should Hire a Professional Wedding Photographer

Best Compliment For A Photographer

How to compliment a photographer on Instagram | Yes, Using Emoji Helps Too

Top Reasons You Should Hire a Professional Wedding Photographer

Best Compliment For A Photographer