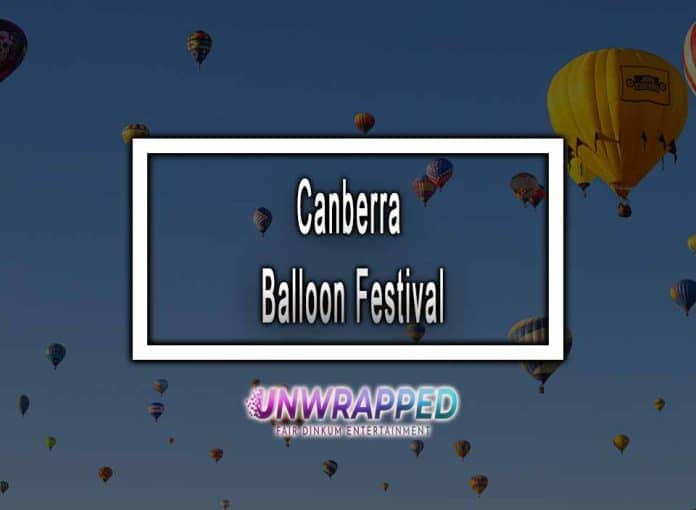 The Canberra Balloon Spectacular also called as Canberra Balloon Event, is an annual hot air balloon festival held on Canberra’s historic Parliament House lawns. Do you know? During the two-week event in March, roughly 50 hot air balloons launch every day before dawn from the forecourt of Old Parliament House and float above Canberra. A couple of dancing honey bees, Vincent Van Gogh’s head, a windmill, a tropical tree, a turtle, the Skywhale, a Scottish bagpiper, a hummingbird, and a frog are among the odd balloons that have participated in the event over the years. On-site entertainment, games, and food and drink are all included in the event.

The inflating zone on the Patrick White grounds within the Parliamentary Triangle is the best place to get up and personal with the balloons. You can see the balloons come to life as they are inflated and hear the roar as they take off from this vantage point. You should see it at least once during the festival, although the area may be crowded and noisy, so if you want to sit and relax, look at the other possibilities. It’s free to watch the balloons inflate, but due to Covid regulations, it’s been essential to register in recent years. To prevent disappointment, check the Enlighten website to confirm prerequisites before going.

Several Lake Burley Gryphon locations provide stunning views of the balloons as they fly and then sink into the lake before drifting by. The lakeside alternatives are ideal if you want to lay out a picnic mat and start the day with a less frenetic feel than the inflated zone. The grassed area at the Canberra Region Visitors Centre, the National Museum foreshore, Commonwealth Bridge, and Queen Elizabeth Terrace are all suitable spots to pitch up camp. It may be rather chilly near the sea, so wrap up warmly and don’t be shy about wearing gloves and a beanie.

More info: Top 10 Best Events and Festivals in Australia in 2020

Every March, Canberrans are treated to the wonder of a fleet of hot air balloons wafting softly across the city sky for nine days. We’ve been experiencing it for more than 30 years, yet it’s a sight that never gets old. The Canberra Balloon Spectacular began as a one-off event in 1988 and has since become a staple of the two-week-long Enlighten Festival when the nation’s capital physically lights up in honour of our birthday. Before dawn breaks, more than 25 gigantic balloons of all colours and shapes will soar from Patrick White Lawns. Mornings are calm and chilly, but live music and hot meals are available.

The First Canberra Balloon Spectacular was celebrated in 1987.

When is Anzac Day Australia 2023