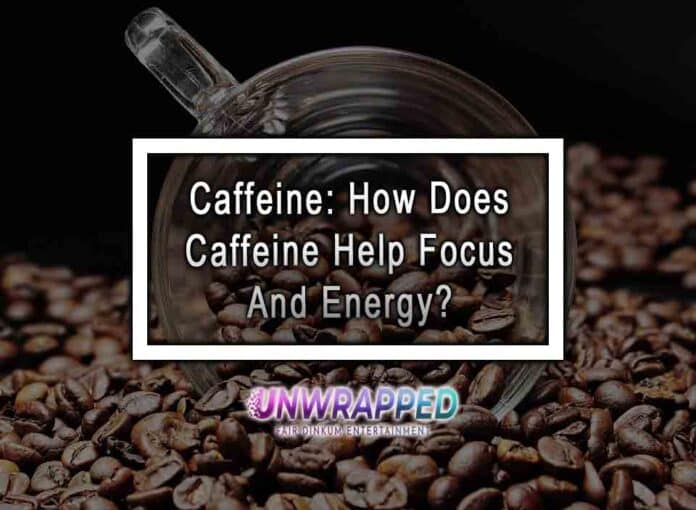 Caffeine is a stimulant that can be found in some of the world’s most well-known beverages. Having a cup of coffee first thing in the morning is nearly a tradition.

Caffeine gained a lot of popularity throughout time and became a component of many people’s diets, including as a pre-workout supplement. Caffeine, whether in pills or in meals, may help you improve your physical and mental performance.

Caffeine is a bitter chemical component that may be found in a variety of foods, including coffee. Its major role is to activate the central nervous system, which is why it is so well-known. Caffeine suppresses the function of adenosine, which is responsible for weariness and has a relaxing impact on the body, since it has a chemical structure similar to that of adenosine. As a result, caffeine aids concentration and energy.

Furthermore, it influences mood and psychomotor performance by causing the release of serotonin and other stimulating chemicals. But don’t expect everyday coffee to perform miracles: caffeine acts differently in each person’s body, so the outcomes may vary.

How Does Caffeine Help With Focus And Energy?

Isn’t it difficult to deal with all of the everyday BO’s with attention and energy? There’s nothing like a cup of coffee after lunch to help you focus. Does caffeine, on the other hand, have a role?

Caffeine, which is often used as a supplement for athletes, improves attention, reasoning, and athletic performance. This is due to its central nervous system stimulating action, which promotes alertness and improves cognition and response time to external stimuli. Not to mention that it causes the lungs to dilate, allowing for more oxygen to be taken in and more energy to be produced via breathing. So, if you’re trying to live a more balanced life that includes regular exercise, coffee can be a good pre-workout option.

Caffeine consumption is also connected to the production of arousal hormones. Athletes that consume coffee have more intensive workouts and do not exhibit proportionate weariness as early. However, keep in mind that caffeine’s effect differs from person to person: genetics, weight, and caffeine use habits all have an impact on the effects of caffeine in your body.

Despite its reputation for boosting energy and mood, caffeine isn’t solely responsible for these effects. Caffeine has several health advantages and may be a significant component of overall well-being. Come view some of these advantages if you’re awake, gal!

In general, the use of caffeine in a manner that is appropriate and in moderation may be a genuine ally, particularly when combined with an appropriate exercise program and a nutritious diet. The key to achieving overall wellness and understanding what your body needs is to show reverence for it and pay attention to the cues it gives you about what it values most.

Also see: Why Supplement With Protein? Read And Find Out!

Stay Connected
52,681FansLike
5,667FollowersFollow
829FollowersFollow
Previous article10 Tips To Alleviate The Use Of The Mask With High Temperatures
Next articleNatural Remedies Against Irritation And Itchy Throat