Skip to content
You are here:Home / BrExit Referendum – The Highest Turnout Since The 90’s

Did you know that two days ago you witnessed the highest turnout in a UK-wide vote since the 1992 general election?

On Thursday, June 23rd, a referendum was held to decide whether the United Kingdom should LEAVE or REMAIN in the European Union. BrExit is an abbreviation which stands for Britain Exiting the EU.

In this series of articles we will be discussing the BeExit idea; what is it? Why is it such a good idea? Why the BrExit now? What political and economic impacts the BrExit might have on the UK and much more. Stay tuned.

In the first article of the series, we will be talking about the BrExit referendum and why people in Britain voted for the BrExit.

Here are some statistics about the referendum;

As you can see, not everyone has voted for the BrExit and we will be sharing the two perspectives, to some degree, on subsequent articles.

The below chart illustrates the breakdown across the UK:

The above chart sheds some light on a major problem with the BrExit referendum result which we hope will be dealt with as quickly and efficiently as possible to contain its negative impact.

Finally, the people who vote for the BrExit simple refused to sacrifice sovereignty for supposed prosperity.

The first thing we should do is to stay strong to make sure the government carries out what people have wished for; the BrExit.

Officially speaking, the starting point is for the UK to invoke an agreement called Article 50 of the Lisbon Treaty. Once the government invokes it, this will give the UK two years to negotiate its withdrawal. One thing worth mentioning here is the fact that the article has only been in force since late 2009 and it hasn’t been tested yet, so no-one really knows how the Brexit process will work, according to BBC legal correspondent Clive Coleman.

BrExit Referendum – Questions To Reflect On

Depending on the kind of deal the UK agrees with the EU after exit, the following questions will be answered;

Other questions might arise that need answer, which we have highlighted above, include;

I will leave this part to our readers by asking them this simple question;

How Likely a Second Referendum Will Take Place Regarding The BrExit?

Take time to read the journey to BrExit 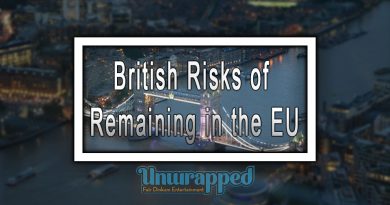