Skip to content
You are here:Home / Brexit Beginning of a New – New World Order

Beginning of a New Era – Brexit

Brexit Beginning of a New – New World Order? 2016 has been a surreal year, especially for the established order in the West following running smoothly for decades. Swelling undercurrents from the masses on both sides of the pond have led to seismic upheavals in the political landscape, amounting to a complete takeover of the political establishment by a New – New World Order with the sole mission of looking after the interests of the proletariat that has blessed its coronation. The rout is far from over, with important Western countries such as France and Germany heading to the polls in 2017.

Britain pulled the trigger first with Brexit in June. The United States of America followed soon after by electing Donald Trump as its 45th President in an election that was touted to be Hillary Clinton’s. Trump whipped up the emotions and anger at being neglected of large swathes of the electorate, the so called ‘Deplorables’ and rode the wave of anti-immigration, bad trade deals and a repudiation of the Obama Presidency to the White House. Brexit featured the same story with different characters but the same ending.

Brexit is a portmanteau of the words Britain and exit. It is a movement that has been cooking in the oven for decades, as euro scepticism has existed in Britain’s political landscape from the time of Britain’s integration into the European Union. However, Brexit was given added impetus when David Cameron campaigned for his last term as Prime Minister on a platform that pledged to hold a referendum on whether the UK should remain in the EU or not. This was largely an effort to quell a major rebellion in the Conservative Party, as Boris Johnson (Cameron’s chief nemesis) was leading the charge for Brexit in his quest to take over from Cameron and become Prime Minister.

Cameron did not believe he could lose the referendum, and he believed this to be the final solution that would decimate Johnson and centralize his power within the party and the country so that he could continue perfecting his legacy before retiring from the post of Premier. However, as we all know, things got messier than anyone could have predicted.

The winds of Brexit came howling at a time when the ‘silent majority’ was feeling the effects of globalization, increasing age (with its health related concerns) and the dwindling power and influence of the West on the global stage. In the US, increasing rates of immigration and the outsourcing of jobs to China and other countries spelt economic doom and misery for the heartland folk. People who had experienced the economic boom of the 60s to 80s now felt neglected and harmed by the policies politicians had pursued in the last twenty years.

In Britain, the fear of immigrants, voter dissatisfaction with the economy and status quo, loss of national autonomy and age merged with the political intrigues that were fanned by parties such as UKIP led by Nigel Farage. It was like pouring gasoline on a slowly burning fire and fanning the flames religiously.

The people wanted their country back, and they wanted to send a message to the elites that they too had a voice, an even more powerful voice that would not be hushed by special interest groups, lobbyists and tons of money. On Thursday 23rd June, the referendum on whether the UK should leave the EU was held. Leave won by 52% to 48%, with a voter turnout of 71.8%. About 30 million people voted. The results were stunning and were a grim harbinger of what was soon to follow.

Soon after Brexit, there were analysts and pundits who stated that this was a onetime occurrence that would not spread like a contagious virus to the rest of the Western world. However, these analysts were simply deaf to the drums of war that were beating on both sides of the pond. In the U.S, a billionaire businessman accused of sexual assault and the possibility of financial impropriety went from being an unlikely contender for the Presidency to the Leader of the Free world. How did he do it? He campaigned on a platform of strong action on immigration, stating that he would build a big border wall between the U.S and Mexico, which would pay for it. He also promised to bring back manufacturing jobs from China and warning that NATO allies would have to pay for their upkeep. In short, he’d ‘Make America Great Again.’

Trump won the election, making 2016 the year that the establishment and the status quo were dealt a deathblow. The new world order has been born, and no one really knows what is going to happen next.

Cameron resigned. Nigel Farage resigned to take a vacation, and his successor MEP Diane James resigned barely three weeks into the job. Boris Johnson shelved his bid for Prime Minister and Theresa May was tapped for the job and now has the difficult assignment of disengaging from 43 years of treaties, laws and other minutiae that have been the bedrock of the marriage between the UK and the EU.

Other European countries have also caught Brexit fever, with France on the chopping board in 2017 and Germany following soon after. Drastic changes in these two countries would be the kiss of death to the European Union and the Euro. The EU is deeply unpopular in the United Kingdom (48% disapproval rating), France (61%) and Greece (71%). This is according to a poll by the Pew Research Center in June 2016. In France, Frexit is looming large as Marine Le Pen and other contenders for the French Presidency promise a Brexit like a referendum on the future of France in the EU. Germany’s Angela Merkel has to deal with the consequences of opening up her country’s borders to refugees and the recent Berlin terror attacks come 2017 when she will be seeking reelection.

While the pound fell to a thirty-year low soon after the referendum and Britain lost its AAA credit rating, share prices have since recovered, with the FTSE 100 and FTSE 250 index trading higher than before Brexit. British exports are currently enjoying the fall in the value of the pound, while imports are suffering. This means that British companies and industries dealing in exports like the British fishing industry, for example, should be smiling all the way to the bank.

As the troika that rules the European Union ponders its next move in the New Year, 2016 will go down in history as the year that a New World Order led by the masses was installed.

Also See : Are there lessons to EU after Brexit Vote? 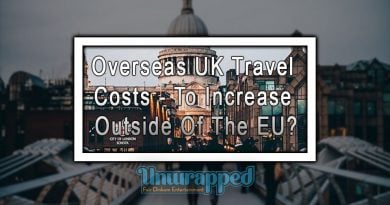 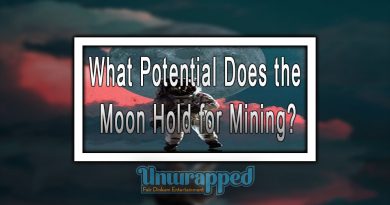