Skip to content
You are here:Home / BrExit an Explanation for Australia !

BrExit an Explanation for Australia – What Happened?

BrExit an Explanation for Australia – Upon arrival back into Australia following a long and hard bid for freedom in the UK. One question keeps being asked, WHY? Individuals have their own reasons for Brexit, however here is my attempt ts summarize the critical event leading to BrExit. However prior to starting this exploration, I ask you would you be comfortable with open borders, with full access to Australian Health and Benefit with all your neighbours? For example Indonesia?

People around the world woke up 24th of June ago to shocking news to a lot of them; Britain has voted to LEAVE the European Union. They immediately started wondering; but why?

In a previous article, we talked about how difficult it was for the UK to enter the EU. It took them 15 years to enter and have applied more than once where their application for membership was declined by General de Gaulle. De Gaulle held a press conference to set out his reasons for vetoing Harold Macmillan’s application for membership. Many continentals thought UK was too different to be constructive members of what was then the European Economic Community (EEC).

In this article we will talk about the reasons why Britain has finally decided to exit the EU.

BrExit an Explanation for Australia – The Politicians

There has always been a faction that is sceptical of deeper integration with the rest of Europe. The way the EU has handled the 2008 financial crisis has helped that faction grow even stronger. British governments have often used their influence to slow down European integration. Thus Britain has opted out of the euro and the Schengen agreement and prevented the extension of qualified majority voting into areas such as tax, foreign policy and defence.

There is also the Conservatives where they appear to be a profoundly Eurosceptic party, divided between those who dislike the EU but accept that Britain is better off in than out, and those who want to leave.

Some of the British people’s disdain towards the EU and things European is reciprocated. The regular Eurobarometer surveys of public opinion, carried out by the European Commission, suggest that the British are the most Eurosceptic people in Europe.

A Eurobarometer survey published by the Commission in June 2008 asked whether members of the EU was a good thing. The average response of citizens across the EU was that 52 per cent thought it a good thing. [1]

But in the UK the answer was 30 per cent, with only Latvia on 29 per cent scoring lower. Then Eurobarometer asked respondents if their country benefited from membership. The average positive response was 54 per cent, but only 36 per cent of Britons (and Austrians and Hungarians) thought their country had benefited.

Eurobarometer also asked whether people trusted EU institutions. For the Commission, the average answer across the EU was 47 per cent.

In the UK it was 24 per cent, a much lower percentage than in the next most Commission-phobic country, Latvia, where it was 37 per cent.

BrExit an Explanation for Australia :  Franco-German

Another reason why the British dislike the EU is that they have seen it as dominated by France and Germany, promoting Franco-German interests.

As we have seen in the article, there are a lot of reasons why Britain would end up voting to leave the EU; some of them were political reasons while others were in the hearts and minds of the general public of the people of Britain.

In the next article, we will discuss why Britons developed this negative opinion of the EU over the last four decades since the UK became a member of the EU in 1973. 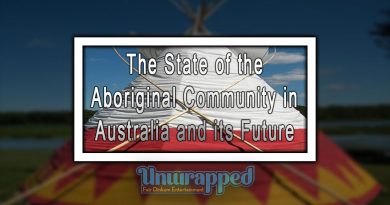 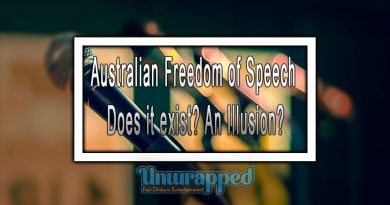