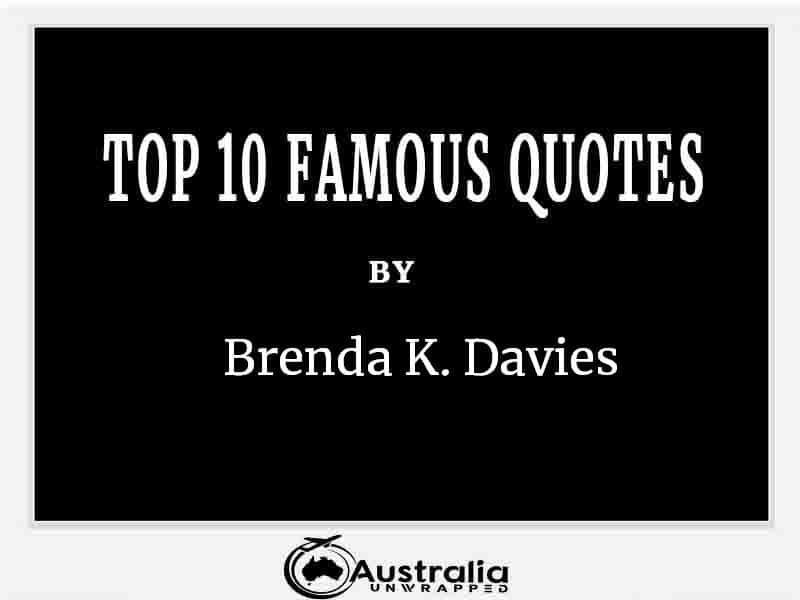 Brenda K. Davies, a writer whom I am guessing you love? Here are our 10 best Brenda K. Davies quotes for you to enjoy. At Australia Unwrapped we believe every book has at least one quotable line, and our mission is to find them all. Here you will find Brenda K. Davies’s top 10 popular and famous quotes. Like every good writer Brenda K. Davies made a number of memorable quotes, here are some of our favourites:

“Our mates are ours. We know them when we find them, if we find them. It’s instantaneous.”
― Brenda K. Davies, Awakened

“Where do you plan to live now that you’re done with school?” Isabelle asked before Emma even had a chance to swallow. “Isabelle, enough,” Ethan said as he rested his hands on Emma’s shoulders. Isabelle’s eyes flickered between the two of them, a muscle twitched in her cheek as her jaw clenched. “It’s not the Spanish Inquisition.” “Sorry,” Isabelle said to Emma. “Its ok,” Emma assured her. “It’s just that Ethan doesn’t bring many girls around, in fact I’ve never met a girlfriend of his; we were actually beginning to wonder if he even liked girls.” “Isabelle!” Ethan hissed as Stefan choked on his drink and began to laugh loudly.”
― Brenda K. Davies, Untamed

“She was everything I had ever needed or wanted in the world. She was my heart and I would not let her go.”
― Brenda K. Davies, Good Intentions

“He stripped out of his wet clothes and toweled off before crawling into the bed beside her. “Ethan, what does this mean?” She hated asking the question, hated the desperation that she felt by having to say the words, but she couldn’t go to sleep tonight without at least some sort of resolution. “I don’t know,” he admitted. “You said with the other girls you told them in the beginning…” “You’re not like them Emma, this isn’t like those other times. I don’t know what any of this means, not yet, but nothing that has happened between us is anything like what I’ve experienced with any other woman. I wouldn’t be here right now if it was, I would have already walked out of here and gone home.”
― Brenda K. Davies, Untamed

“Can’t you tell I’m broken?” she demanded. “I can’t stand anyone touching me!” “You handled me touching you until I pushed you too far.” “Freaking out because someone you’re enjoying kissing tries to get closer to you is not normal.” “It wasn’t normal that I was turned into a vampire because a female vamp became obsessed with my best friend,” David replied. “When Liam didn’t follow after her, she decided to turn his friends in the hopes she would get him to fall in line with her. That’s about as far from normal as it gets. I didn’t have a clue about the paranormal being real when my transformation occurred. Vampires were for horror movies, not reality. Life’s not normal. Shit happens. We all work through it.” “Is that so, Dr. Phil?” The frustrating man smiled at her. “That’s so,” David replied.”
― Brenda K. Davies, Fractured

“No matter how I tried to shut them down, the memories kept coming until I felt as battered as a ship in a hurricane. There’s nothing left of me to give.”
― Brenda K. Davies, Hell on Earth

“Like the families who originally lived in the safe houses, I’ll be forgotten too, which is okay. I understand that, but by leaving small things behind, I know something of me will remain somewhere on this planet. Even if it’s something no one else will ever know about or recognize as mine, I know it’s there.”
― Brenda K. Davies, Hell on Earth

“Brian stood by the fountain; his eyes locked on her while she inspected the plants and inhaled their sweet scents. He didn’t move as he watched her with a predatory hunger. She smiled as she walked back toward him; her fingers itching with the impulse to touch him. Her skin became electrified with her need for him. When she was only a foot away from him, he pulled something from his pocket and went down onto one knee before her. Abby froze, and her hand flew to her mouth as he opened the box to reveal the large diamond within. Tears burned in her eyes as the fading sun lit his hair and eyes and caressed his chiseled body. “I don’t know how long I’ll have to work with Ronan, but I can promise you that when it’s done, I will take you everywhere you ask to go and live out every one of your dreams with you. I will love you every second of every day for the rest of our lives, and I will protect and cherish our children with everything I am.” Her”
― Brenda K. Davies, Undone

“Humans know they face death every day, yet they bravely go out into the world. They smile, laugh, and love all while knowing it could be over in the next instant. We’re immortal and yet they’re a far more resilient species. I mean, how is it possible to live so much while knowing death is the only end they will have?” Brian”
― Brenda K. Davies, Undone 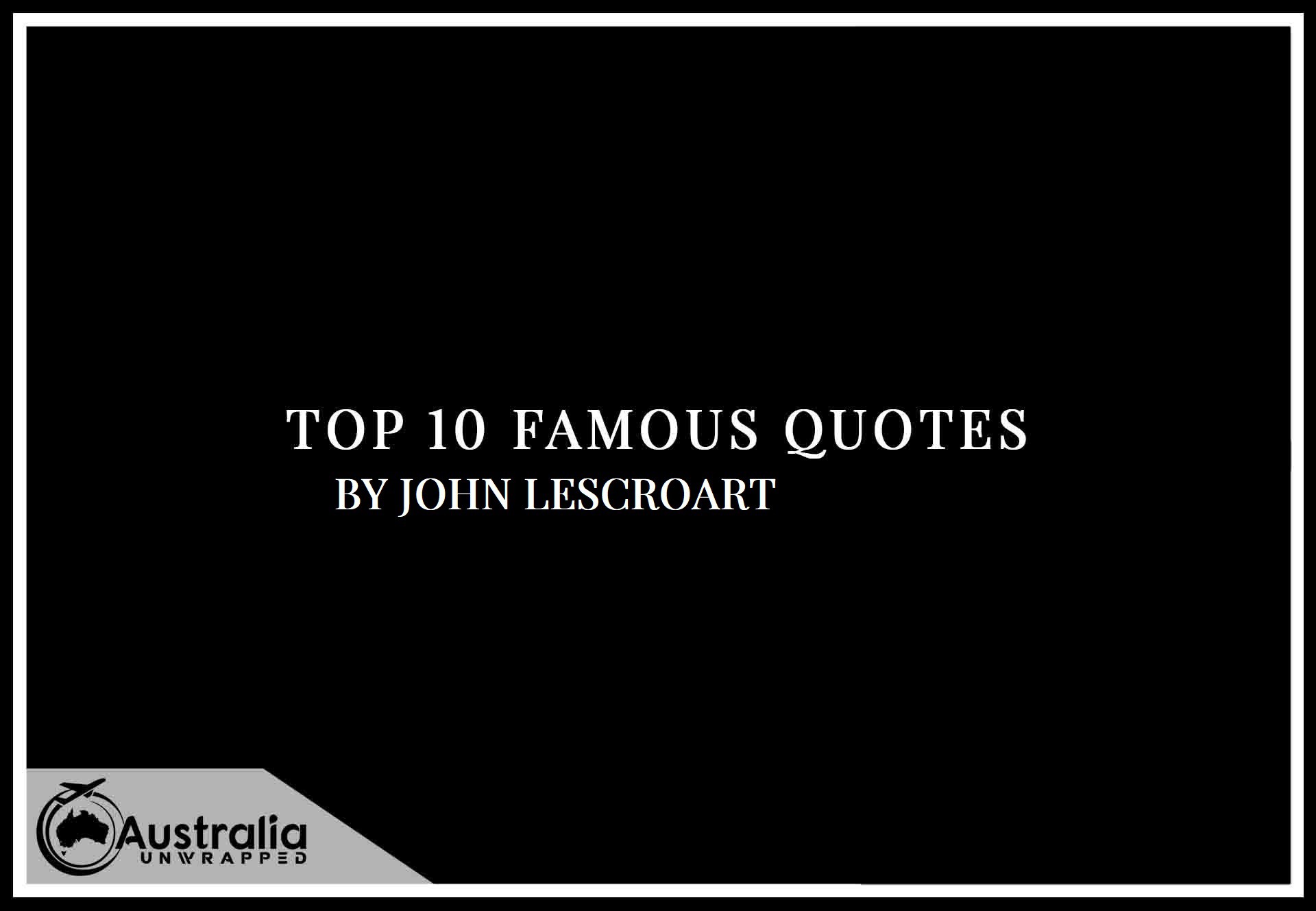 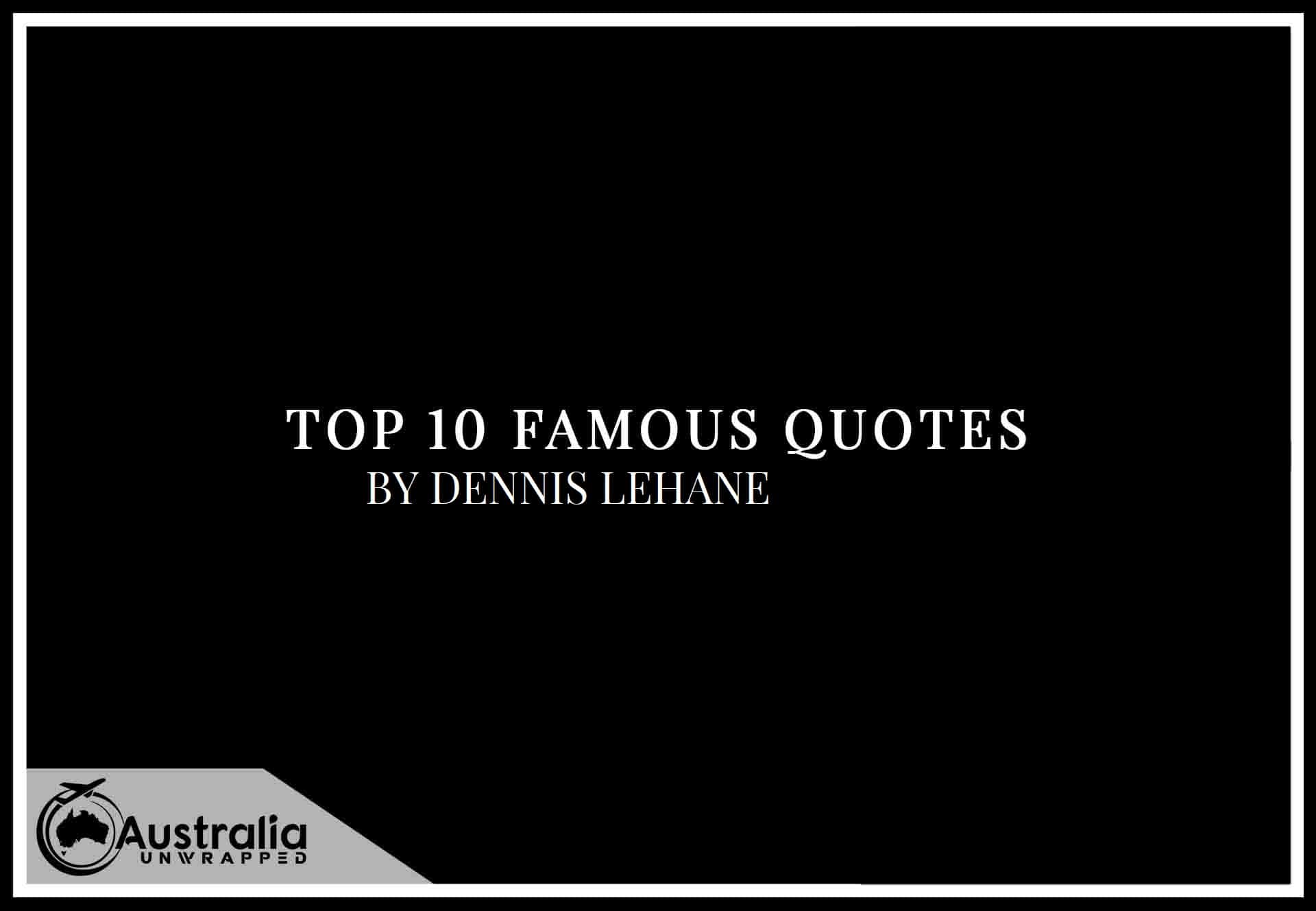