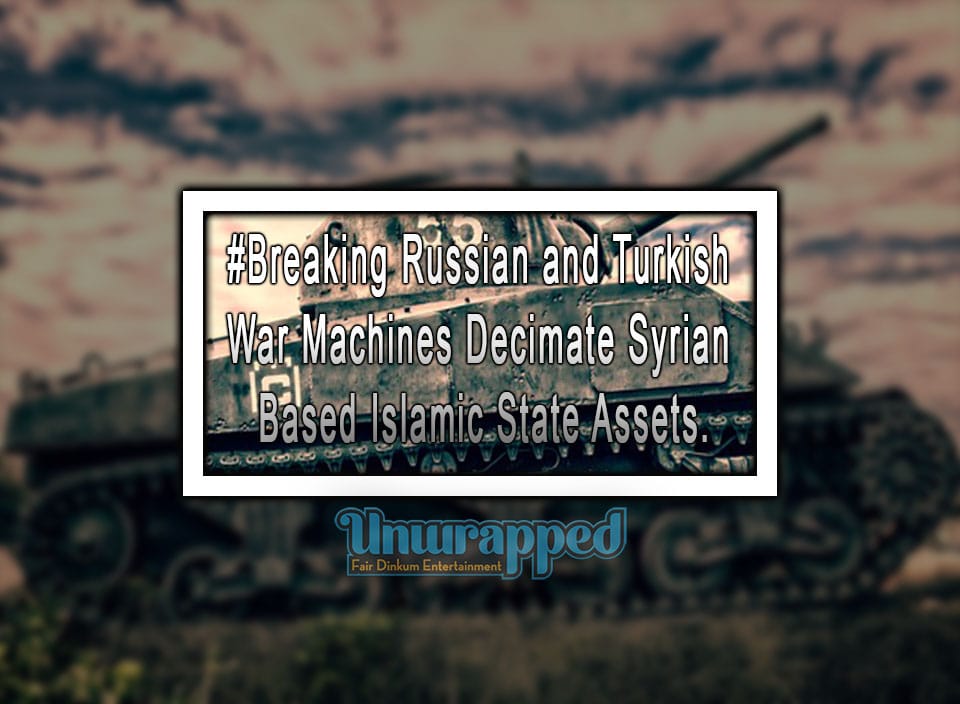 Artillery and Warplanes from Syria have killed 22 Islamic State fighters and assets (1). Turkey’s operation in Syria is known as Euphrates Shields, its stated aims are to drive Islamic State militants away from Turkey’s border. This, however, may not be the entire reason, President Erdogan has received criticism for attacking Kurdish fighters in the same operation.

Meanwhile, President Putin’s commitment to the eradication of terrorists has stood firm. During the last 24 hours, Russian has further supported the obliteration of the Islamic State in Syria by destroying many in Dayr Kak, 8 km (5 miles) southwest of al-Bab.

Russia and Turkey may form closer ties after a shaky 2016, however, Putin will want to ensure that Erdogan’s agenda is honourable.  Syria has been ravaged by war, and while weakened it’s possible a land grab could occur in the name of anti-terrorism.