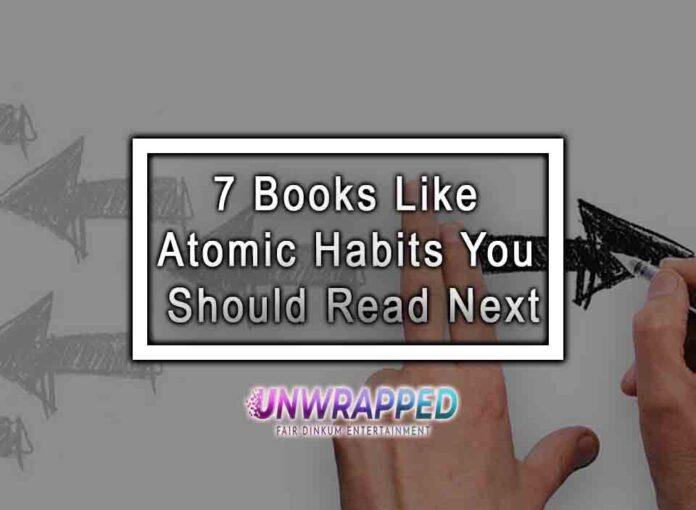 In the sea of self-help literature, Atomic Habits stands apart. James Clear makes insightful observations about the science of transformation while communicating about routines, systems, and habits.

There are several reasons why Atomic Habits is a fantastic book. The depth of awareness of how habits function in our lives and their ability to change lives comes first.

The ability of habits to improve focus and productivity is another factor. The third factor is that it is an innovative book by a thought leader that questions the status quo.

The good news is that those qualities may also be found in other literature. Below are 7 novels that can be a similar read to Atomic Habits.

Award-winning business reporter Charles Duhigg takes us on a fascinating journey through the scientific discoveries that explain why habits exist and how they may be modified in his book The Power of Habit.

Duhigg offers a unique perspective on human nature and the possibilities it affords by condensing massive volumes of data into interesting narratives.

The settings of these stories range widely, from the corporate offices of Procter & Gamble to the National Football League football fields to the forefront of the civil rights movement.

The Power of Habit makes a compelling case that knowing how habits function is the key to success, regular exercise, weight loss, increased productivity, and achievement.

As Duhigg demonstrates, we can revolutionize our economies, societies, and way of life by utilizing this new knowledge.

There’s a reason why 7 Habits is a classic. The seven habits are doable in real life. They give you a foundation for your life and permeate all you do.

With some of the best stories in all of self-help literature, Covey fully explains the seven habits and elaborates on practical implementations.

Hal Elrod shares his amazing tale of twice coming back from the edge of disaster. After a near-fatal accident, recovering physically for the first time. The second time was when the economy was close to collapsing financially.

He also looked at successful people’s morning routines and found commonalities. He condensed them into seven principles and created an acronym to make them easier to remember.

More Like this: Why You Need To Say No More Often

4. Laura Vanderkam’s –  What Most Successful People Do Before Breakfast

Morning rituals are heavily emphasized in the literature on habits and success. There is a justification. Setting yourself up for success requires taking charge of your day from immediately you wake up.

Laura Vanderkam has investigated the time management practices of numerous people. She does it most frequently in terms of a week, or 168 hours.

This has caused a paradigm change for me. I believe it’s simple to focus on how busy we are from 7 to 5 on weekdays and ignore the rest of the day, including the evening and weekends.

It’s also simple to forget that managing our energy is just as important as managing our time and that it’s better for us to work with the weekly rhythms than against them.

Finding time leaks is easier by taking a holistic view of your week and conducting an analysis. It is beneficial to question negative thoughts.

The body of work that Brian Tracy has produced is astounding. But more importantly, he has developed great wisdom and learned to express it succinctly and precisely.

He has aggressively sought out successful people to learn from them and apply what he has discovered. This book covers various relationships, business, and health habits. This summarizes the values and beliefs that successful individuals adhere to.

6. Gary Keller and Jay Papasan’s – The One Thing

Once you read it, you will see the reason for the glowing reviews. This book is excellent! To reach excellence, it discusses the issue of diverted focus and the necessity of focusing intensely on your most crucial work.

The idea that turmoil may derail you and divert you from your one thing was an incredible lightbulb moment for me while reading The One Thing.

The Four Thieves of Productivity, Chapter 17, particularly struck me.

The four burglars are:

These were spot-on and extremely well-written. The success habit is described in “The One Thing” as a way to defeat the six lies that stand in the way of our success, outwit the seven time-stealers, and take advantage of the laws of purpose, priority, and productivity.

Must See:  Stop Trying To Feel Better (Here’s What To Do Instead)

Newport first makes a case for Deep work’s value before detailing how to do it. The principles are discipline and focus that are required.

Many concur with Newport’s assertion that being distracted causes us to produce shoddy work. Most readers frequently observe it in the poor caliber of books released and the vast gaps in many genres where excellent work is lacking.

Newport teaches at a university. The in-depth work he needs to do is publishing in scientific journals. All authors, and perhaps all knowledge workers in general, should abide by the standards, in my opinion.

The books that people agree with and recognize as wise but who don’t take the effort to explain themselves are the most meaningful ones. It appears easy. Quite evident; however, it had never been done before.

To waste our time is the easiest course of action. People accomplish so much more when they are diligent with every working minute and take breaks away from the office.

The custom at the end of the day attracted me. The ongoing concerns from work sap certainty, serenity, and relaxation while you’re not at work. For a good night’s sleep, it’s important to learn to finish the day’s work and accept where you’re leaving things.

The title of his chapter, “Quit Social Media,” is a little deceptive because he doesn’t recommend that you do so. Some claim that using social media is necessary if you wish to write.

The irony is that social media makes you a consumer rather than a producer, which prevents you from producing your greatest work.

Additionally, instant pleasure is a concern. The issue of constant distraction and lack of boredom. You can’t think if you’re never bored. You don’t create to make up for that boredom’s void. You don’t ponder, imagine, or daydream. That hole has been filled.

Ideally, being a lover of novels, sometimes you would like to find similar reads to some books you liked. Hopefully, this article has listed novels to end your search for similar reads to Atomic Habits.

Also see: 7 Books Like 12 Rules for Life You Should Read Next

Amazon Marketing for Self Published Authors