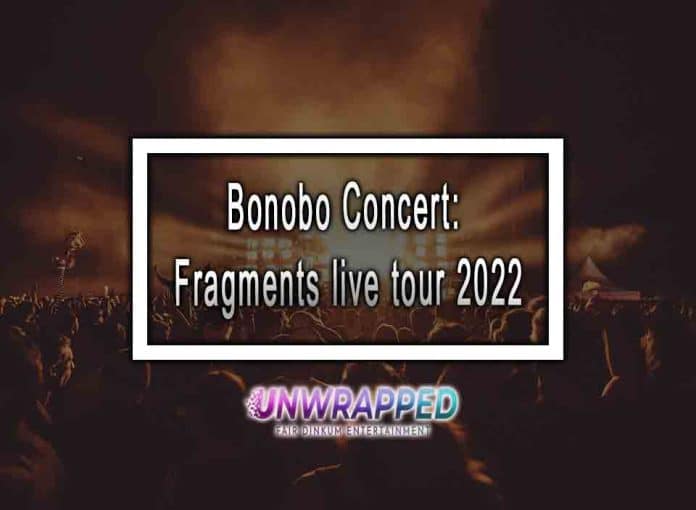 Bonobo, the British electronica artist, will return to Australia later this year, scheduling three major gigs on the country’s east coast in August. Fragments, his seventh album, was released earlier this year, and it served as a lovely reminder of his ability to lull us into blissful moods with his profound and mesmerizing work. It’s a composition of enormous emotional depth that again demonstrates the power of electronic music and his ability to collaborate, with stunning performances from Jamila Woods, Joji, Jordan Rakei, and others.

When Bonobo returns to town in August, start extending your legs and your thoughts because he’ll make you use both. While in town, the producer and musician will take his act to a few significant venues, accompanied by his band, allowing fans to have the most comprehensive and emotional live Bonobo experience imaginable. When he potentially returns to Australia later this year, it’ll recall us of the ability to get a dancefloor moving, something he’s done several times in this country at club gigs and festivals.

While in Margaret Court Arena or on adjacent M&OP land, patrons must follow all laws, regulations, directives, and rules issued by the government or any government body and those imposed by Melbourne & Olympic Parks (M&OP). Alcoholic beverages are not permitted to be potentially brought into or out of the Arena. Inebriated persons will be denied access or ejected from the Arena. Arena management considers foul or abusive language and racist or threatening words or gestures to be disrespectful, unruly, or criminal behavior. Within the Arena, anybody under the age of 12 must be accompanied by a parent or adult.

Simon Green, commonly known as Bonobo, is at the pinnacle of his abilities. Bonobo’s enthusiasm and continually expanding selection of instruments propel his creations to new heights as an artist who constantly thinks beyond the box. In both his solo DJ performances and 12-piece live band events, he has gained a reputation as the most pioneering character in electronic music. His debut album, ‘Animal Magic,’ was out in 2000 on Tru Thoughts until being picked up by Ninja Tune. It established him as a significant artist capable of giving electronic