How Is Body Temperature Regulated And What Is Fever? 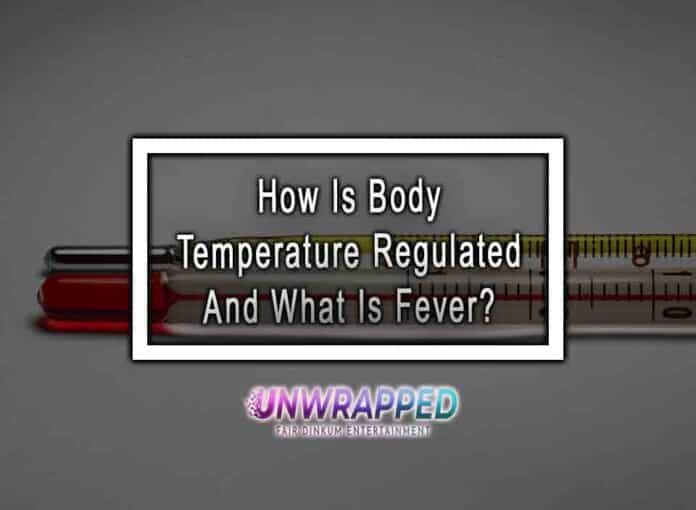 How Does The Body Regulated Body Temperature

When the temperature of the inside of the body is around 37 degrees Celsius, it is optimal for performance in a healthy body. On the other hand, everyone has their own “normal” body temperature, which may be anywhere from a little bit higher to a little bit lower. In addition, the body constantly adjusts its temperature in response to the external environment; for instance, when you engage in physical activity, your body temperature rises. In the same way, it is lower during the night than during the day, and it is higher in the late afternoon than in the morning.

The true meaning of the term “body temperature” refers to the temperature of the hypothalamus and other important internal organs. Because it is not feasible to determine it from the outside, the body’s temperature is measured in other parts of the body that are easier to reach. On the other hand, such measurements are often only marginally accurate.

How Can Fever Develop?

The brain is responsible for fever, which is characterized by an abnormally elevated body temperature. This may be initiated by infectious agents such as viruses or bacteria, but it can also be caused by endogenous chemicals such as prostaglandins. They were developed in order to combat illnesses.

Young children perspire less and later than older children and adults do when it is warm. This is in contrast to older children and adults, who perspire more quickly when it is warm. When it comes to very young children, the temperature control may not always work well. As a direct consequence of this, they react more quickly when they develop a fever. The core body temperature of newborns and younger children, particularly children of a younger age, is often higher than that of older children. This is owing to the fact that their body surface area is considerably bigger in contrast to their body weight, as well as the fact that their metabolism is much more active. Additionally, their body weight is far lower. When they are initially born, a baby’s body temperature is typically 37.5 degrees Celsius. This is the normal temperature of a newborn.

Stay Connected
41,936FansLike
5,684FollowersFollow
817FollowersFollow
Previous article
The Gas Present In These Foods That Is Harmful To The Intestine
Next article
Essential Tips To Prevent Deaths And Heatstroke In A Heatwave

Can You Take Panadol When Pregnant: Good or Bad?

Skin Cancer: When is The Correct Time for Skin Cancer Doctor...