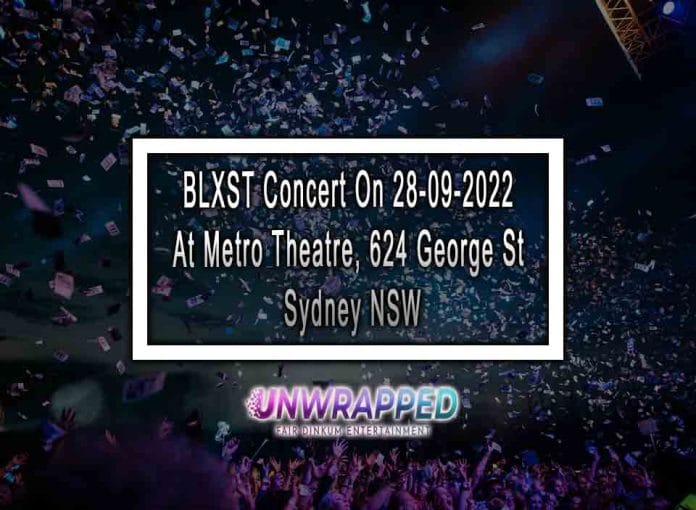 BLXST, hip hop’s newest emerging star, has announced a tour of Australia and New Zealand to promote his new album ‘Before You Go.’ The trip will begin at Sydney’s Metro Theatre. It’s been over a year since BLXST’s initial ‘No Love Lost’ tour dates in the United States and the United Kingdom sold out, and his return to the road has been eagerly anticipated by fans all over the world. BLXST is no stranger to the stage, as seen by his explosive performances at the Dreamville and Sol Blume Festivals and his headline performance at Rolling Stone’s Coachella event.

BLXST is a West Coast hip-hop and cultural visionary who not only raps, sings, spits, and produces but also mixes masters and edits his music videos and artworks. The South Central native learned how to produce and record in high school and has since worked with artists such as YG, Mozzy, Snoop Dogg, Nas, and Rick Ross.

He developed a secure creative connection with Bino Ride aux on their highly acclaimed debut Mixtape after a run of booming singles in 2019. He teamed up with Red Bull Records in 2020 and released his solo first EP, No Love Lost, to rave reviews from critics. Released to critical acclaim, “Overrated” peaked at #15 on Urban radio’s Hot 100 chart, reached #6 on Rolling Stone’s Breakthrough 25, and was ranked #11 on the Trending 25 chart.

Matthew Dean Burdette, better known by his stage name Blxst, is an American rapper, songwriter, and record producer based in Los Angeles, California. Burdette was born and raised in South Central Los Angeles, where he began rapping and producing after graduating high school. On 4 Sept 2020, his record company Evgle teamed up with Red Bull Records to release his first EP No Love Lost, which included the smash track “Chosen,” starring Tyga and Ty Dolla Sign. On 22 Apr 2022, he released his debut album, Before You Go.

Blxst began his music career as a member of TIU Muzic, a hip-hop collective where he got expertise in the business and a local fanbase. Blxst produced Hitta J3’s “Do Yo Gudda (Remix)” in 2014, which featured Kendrick Lamar, YG, and Problem. He created his label Evgle in 2015 and began working as a creative director for graphic design and music videos. Blxst’s debut track, “Who Would’ve Thought,” was published in 2016, followed by a succession of independent songs in 2018, including a duet with Eric Bellinger. He debuted his first solo hit track, “Hurt,” in 2019, which has received millions of streams. He released Sixtape, a collaborative EP with Bino Rideaux, on 28 Aug 2019.