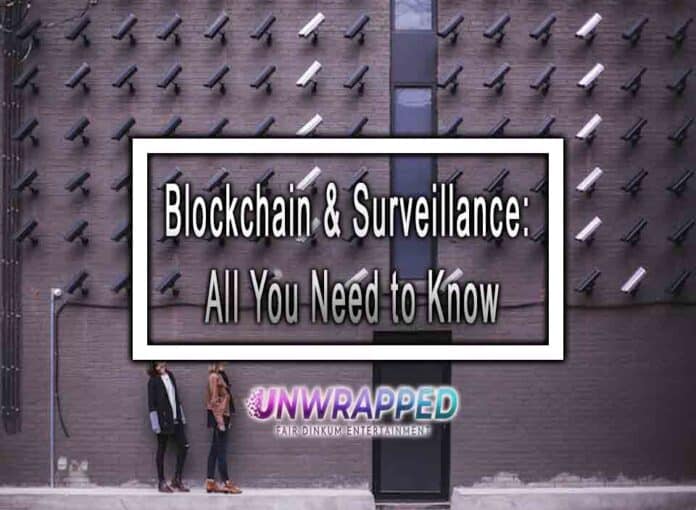 When we think of the word surveillance, it usually summons negative stereotypes. In many parts of the world, increased surveillance on a state level is often associated with tyrannical regimes and oppressive governments.

Of course, no sane person believes either of those things is good. But these negative views on surveillance often stem from a natural objection to people losing access to their personal privacy and autonomy.

When used on a personal level, however, surveillance can give everyday people a supreme element of control, safety and security in their everyday lives. In particular, blockchain technology is being increasingly used to provide cutting-edge surveillance for people without disturbing their privacy.

Today, we’ll go behind the lens of blockchain usage in the surveillance industry and reveal the main ways that decentralized technology is being used to revolutionary effect before rounding off with a case study of a particularly cutting-edge blockchain CCTV camera. 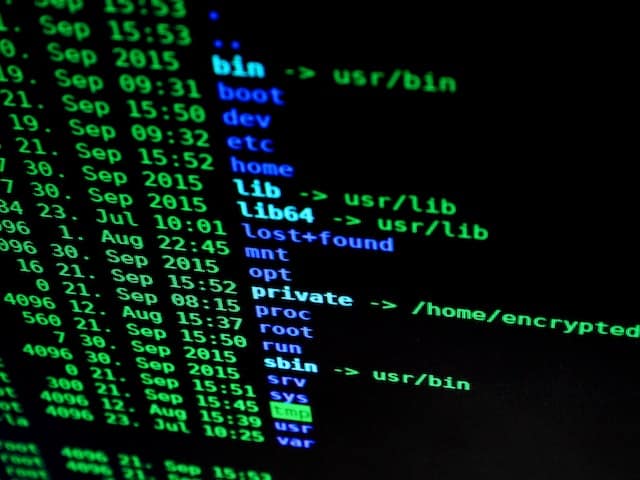 Also, whilst on the topic of blockchain technology, there is naturally an increasing number of people keen to invest in blockchain and decentralized currency. We like to keep our readers safe, so let us drop some key advice if you plan to do so.

When dealing with decentralized currencies like Bitcoin, Ethereum, etc., always be aware that the cryptocurrency market is volatile and can rise and fall at a moment’s notice. Whilst the best place to buy crypto is on an exchange, make sure to avoid scam platforms and instead opt for popular and well-liked platforms and exchanges like eToro, Bitcoin Profit, or Kraken.

Now, without further ado, let’s begin to delve into the world of blockchain and surveillance!

In private homes worldwide, the proliferation of cheap CCTV cameras has led to a boom in private security cameras and other security devices, filling several roles, from deterring burglars to keeping babies and toddlers safe.

When it comes to the latter, baby monitors are particularly popular. Parents use these walkie-talkie-style pieces of equipment to monitor small children from afar remotely.

When there’s an issue, the parent can respond quickly. An increasing number of baby monitors are also fitted with CCTV cameras for visual and audio surveillance. 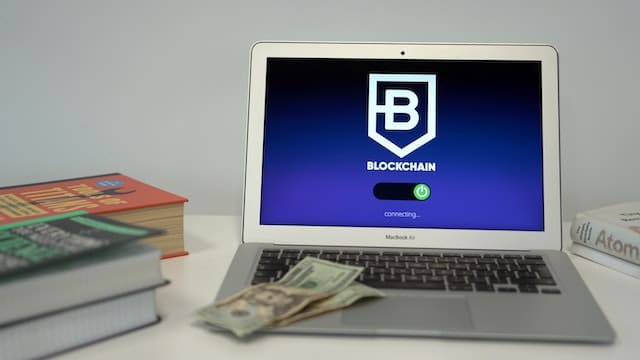 Sadly, it’s a scary world out there, and even children are not safe. Cybercriminals worldwide are known to actively exploit security weaknesses in commonly-used baby monitors to gain access.

Common attacks can range from twisted attempts to convince parents their baby is missing or injured to communicate with either the parents or the child. Or, worst of all, watching the family through the CCTV fitted into the device.

Once again, blockchain came to the rescue. Recently, a blockchain-based CCTV camera was developed by a company called IoTeX. All footage recorded on the camera, as well as the mobile device that the footage is backed up to, is robustly defended by a blockchain-based seed phrase.

This means that cyber criminals hoping to gain illicit access to the device and the data contained within will have a tremendously hard job ahead, particularly when compared to generic centralized CCTV cameras.

Few corners of the world we live in were untouched by the COVID-19 pandemic. From vaccine certificates to PCR tests, tracking COVID-related digital paperwork was a mammoth task. Using centralized systems was an archaic and futile method to do so, but blockchain has the potential to revolutionize it.

One particular example took place in India, in the state of Maharashtra, to be exact. In Maharashtra, the local authorities successfully teamed up with a technology company called Print2Block with a mission to start issuing COVID-19 vaccine certificates based on the blockchain.

By doing so, Print2Block successfully devised a decentralized solution that saw all confidential medical records of COVID-19 vaccine holders safely stored on the blockchain (the Polygon Network, to be exact).

When it came to accessing said private medical data, only the Indian citizens in question were able to access it. The Indian government, on the other hand, could flawlessly verify who had taken the vaccine and who hadn’t.

The project was so successful and impressed the national Indian government to such an extent that Print2Block was drafted to work alongside a range of authorities in other states across India to develop blockchain solutions for everything from monitoring pollution levels to responding better to natural disasters. 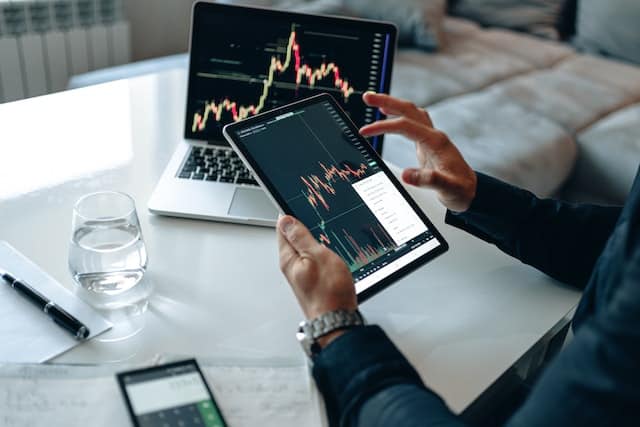 When it comes to the national defense of countries, it’s becoming abundantly clear that centralized technology is under increasing threat from cyber criminals. In fact, the world of cyberwarfare has been described as “the biggest battlefield in history”.

Statistics have shown that over 26.3% of all cyber warfare attacks are aimed at the U.S.A., leading to increased demand for a solution. The solution came from the well-known defense manufacturer, Lockheed Martin.

And yes, you guessed it! The solution was blockchain-based!

Lockheed Martin teamed up with a firm called Guardtime Federal to create a range of blockchain-based software solutions and engineering tools.

The mission goal of Lockheed Martin was to find a way for them to safely store away all of their company’s weapon development data on a secure decentralized ledger. This way, enemy states, terror groups, and organized crime groups would face immense difficulty in trying to gain illicit access to it.

In 2022, blockchain technology is also being heavily utilized to secure the surveillance systems on Unmanned Aerial Vehicles (UAVs), such as the U.S. Raven UAV, alongside a huge range of other modern warfare equipment in conflict zones worldwide.

Thanks to blockchain and through the innovation of major companies like Lockheed Martin, the military forces of countries like the U.S.A. can take advantage of a serious tactical advantage and are granted a serious layer of protection when operating in some of the world’s most hostile places.

In Summary, Blockchain Surveillance Isn’t as Scary as It Sounds! 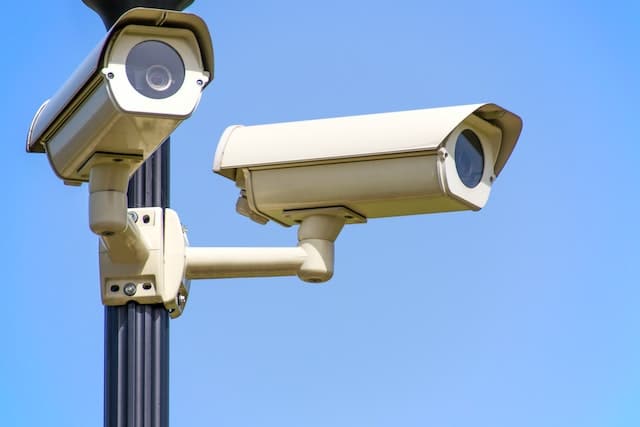 To sum up this guide to blockchain’s role in global surveillance, we’ve covered everything from its use in tracking digital COVID-19 certificates and keeping children safe from malicious hackers to ensuring the security of vital tools used in national defence against cyberwarfare tactics.

Overall, blockchain surveillance is not as scary as it sounds! The main concern amongst ordinary people is the oppressive use of surveillance when it’s misused by the likes of oppressive regimes and tyrants.

But when it comes to blockchain security, this revolutionary technology can provide the world with a perfect blend of privacy and security, both on a state level and on a personal level.

Stay Connected
41,936FansLike
5,682FollowersFollow
815FollowersFollow
Previous article
How to Optimize Decision Making with MS Dynamics 365?
Next article
Top 4 Types of Keycaps for your Mechanical Keyboard: What You Need To Know

Understanding Animated Videos and How They Can Improve Your Marketing Efforts

The Fundamentals of Web Design: A Beginner’s Guide

What are the Most Famous Australian Online Trends of 2023?

Understanding Animated Videos and How They Can Improve Your Marketing Efforts

The Fundamentals of Web Design: A Beginner’s Guide

What are the Most Famous Australian Online Trends of 2023?

Running Low on Budget? Here is a List of 5 Budget...