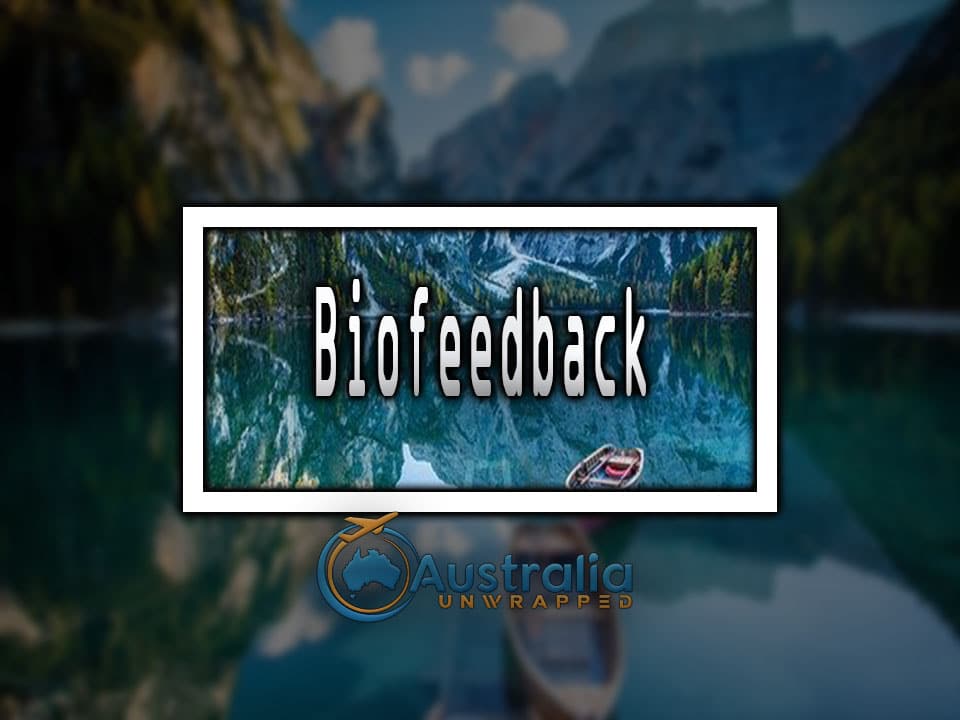 Biofeedback is a kind of psycho physiological feedback, when an individual is taught to control brain waves, muscle tension and other body functions through visualization, relaxation and other techniques. The word ‘bio’ denotes life while the word ‘feedback’ denotes giving back, which means feeding back to the individual information about his/her body responses.
The origins of biofeedback dated back to 1961 when a psychologist, Neal Miller, suggested that heart rate, gastrointestinal activity and blood pressure could be controlled voluntarily. In his experiment, he successfully proved that such parameters could be controlled. His work was later expanded by other scientists and researchers.

A UCLA researcher Dr. Barry Sterman reported in 1970s that he successfully trained cats and monkeys to control their brain wave patterns. He then proceeded to use the same technique on epileptic patients and successfully reduced seizures by almost 60%. Since then, biofeedback had been use as a treatment for headaches, cardiac arrhythmias, increased acidity of the stomach and to relief stress.
The goal of the biofeedback treatment is to teach the patient to learn how to control heart rate, blood pressure, temperature, breathing and muscle tension by themselves. Biofeedback therapists will then teach them how to affect certain function specifically by using physical or mental exercises.
There are various kinds of biofeedback instruments in the market. Most of them provide the patients with signals in the form of sound, graphic or meter reading to tell the patients what is going on with their body. Special sensors can be placed on the body to measure heart rate and blood pressure. Some of the specialized instruments are:

The patient would receive instant feedback from the biofeedback monitors. With sufficient training, he or she will start to recognize which thoughts and mind state could trigger certain physical reactions. By monitoring such parameters, patients could avoid certain thoughts and try to learn the correct and effective way to relax one’s mind. By relaxing, one could voluntarily influence the autonomous central nervous system and then the ‘bad’ physical reactions could be normalized.

The biofeedback responses could serve as a reminder for the patients so that they could recognize their mental state at that moment and try to alter it by repeating relaxation exercises or mental imagery that they found effective during the biofeedback training. Once these techniques are mastered, the biofeedback equipment is no longer needed. The patients will then have a self-administered treatment tool to deal with symptoms.
Neurofeedback is part of biofeedback treatment which is widely used. Neurofeedback specializes in recognizing brain waves (alpha, beta, delta and theta).

are the normal wave during waking state while delta wave happens during sleep. If a patient in an under arousal state, depression and attention-deficit disorder could happen. While over arousal may indicates anxiety, stress or obsessive compulsive disorder. With the help of brain wave monitoring, patients who notice that they are in the under or over arousal state could try to focus their mind on some other topics that could bring them back to relaxing alpha waves. Meditation could produce another kind of relax wave called the theta waves. Thus, it is save to say that neurofeedback is useful in the treatment of epilepsy, migraine, anxiety, depression, sleep disorder and etc.

is used in muscle rehabilitation. The instrument uses electrodes to measure the action potentials of the muscle. By recognizing the feel of such potentials with the help of EMG readings, the patient could learn how to control the muscle tension and remember the ‘feel’ of it. This same technique enables EMG to be used to teach paralyzed patients who suffered from stroke, spinal cord lesions and cerebral palsy. A relaxation technique could also be taught to patients who suffer from backaches, migraine, headaches and neck pain with the help of EMG. The EMG could record down how certain group of muscle interacts with the other nearby muscles, and at the same time recognizes abnormal muscle patterns. By learning how to relax certain groups of muscles with the help of EMG readings, such symptoms could be reduced. Similar technique could be use to treat jaw area pain (usually can also be treated by using neurofeedback as it is frequently related to excessive stress) and knee pain.

could be use to measure skin temperature. A drop of body temperature suggests stress, and is indicative for the need to relax.

Others instruments used in biofeedback are the photoplethysmograph (used to measure heart rate and peripheral blood flow), pneumograph (used to measure movement during respiration), capnometer (used to measure the concentration of carbon dioxide in the blood stream, useful in treating hyperventilation) and hemoencephalography.
The time needed to learn this technique depends on the patient and the disorder. It could be as fast as 10 sessions to as many as 60. Each session would last half hour to an hour. 5 sessions per week would be optimum.
In modern days, biofeedback has been proved effective in treating alcoholism, anxiety, arthritis, asthma, attention deficit disorder, breathing problems, chest pain, chronic pain, constipation, drug addiction, epilepsy, fecal elimination disorder, headaches, migraine, hypertension, hyperventilation, incontinence, insomnia, knee pain, jaw pain, back pain, Raynaud’s syndrome and brain injury. However, biofeedback treatment might not work for certain patients. If there are no apparent positive dynamic after 10 sessions, it usually indicates that the person could not benefit from biofeedback and should resort other kind of treatment. Besides that, patients with pacemakers are not recommended to try biofeedback as the electrical impulses generated by the instruments could interfere with the electrical impulses generated by the pacemaker.
More effects of biofeedback were studied and in the coming future, biofeedback would serve as a safe and non-invasive kind of treatment for more people with other symptoms and problems.

Stay Connected
47,657FansLike
5,663FollowersFollow
840FollowersFollow
Previous articleWhat Is The Best Time To Exercise?
Next articleChiropractic An Alternative And Complementary Medicine