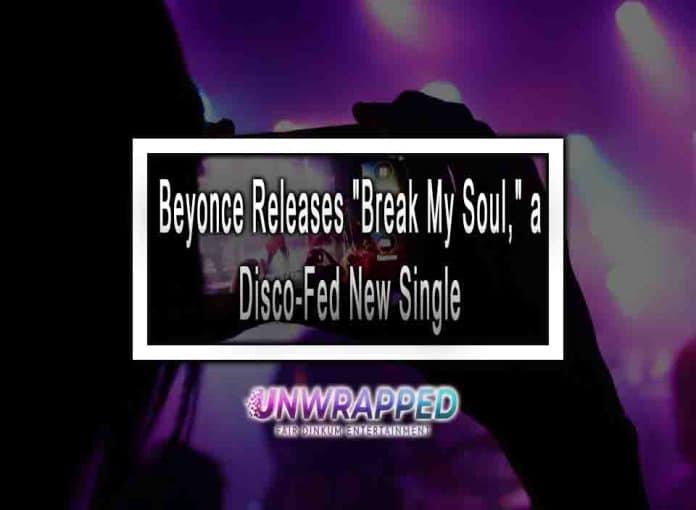 Beyoncé Is Set For Her Next Evolution

Black Parade, an electronic growl of outrage at racism and police brutality that gradually developed into a jubilant celebration of African American and African culture, and Is Alive, her Oscar-nominated contribution to the soundtrack of King Richard: a ballad set to a relentless, pounding rhythm that drove home its message of Black empowerment, were the last significant musical statements the world heard from Beyoncé. They shared a similar spirit with the albums released in 2019 that came before them, including the Beyoncé-produced alternative soundtrack for The Lion King, which brought the sound of Afrobeats into the public eye, and the live recording of her extraordinary Coachella performance, Homecoming: proof of a performer dedicated to taking musical risks, of continuously moving forward and trying something new.

Read: After Coming Late, Azealia Banks Storms Off Stage At Wynwood Pride. What Triggered Her Rage?

Beyonce unexpectedly released “Break My Soul,” the lead single from her upcoming seventh solo studio album “Renaissance,” three hours ahead of its scheduled release time. The Bey jam fans have been waiting for: A blazing beat, a plinking, relentless melody, and sporadic exhortations from Big Freedia make up this fast dance cut, which Tricky Stewart and The Dream co-produced for “Single Ladies.”

Jay-Z, Adam Pigott (also known as BlaqNmilD, who has collaborated with Freddie Ross (also known as Big Freedia), Megan Thee Stallion, Drake, Quavo, and many others), and the creators of Robin S’s 1993 hit song “Show Me Love,” which is prominently sampled in the song, are also listed among the song’s writers.

Also See: Is Diablo 4 On The Way Next Year? Continue Reading To Learn More!

The album will reportedly include 16 tracks. The fact that it is referred to as “Act 1” in previously-sleuthed information makes it clear that it is a multi-part publication. Pre-orders for four separate boxed sets for the album, titled “Pose” 1-4 and featuring a CD, T-shirt, and a box, were also available on Beyoncé’s website. They are probably just various packaging for “Act 1” since they all arrive on the day the CD is released.

When she deleted her social media accounts earlier this month, the singer warned that something was about to happen. As seen from the paucity of profile photographs, she has still not fully repopulated the accounts.

You May Also Like: In Late 2022, A New Main Series Pokémon Game Will Be Released

Indexed and associative Arrays in PHP