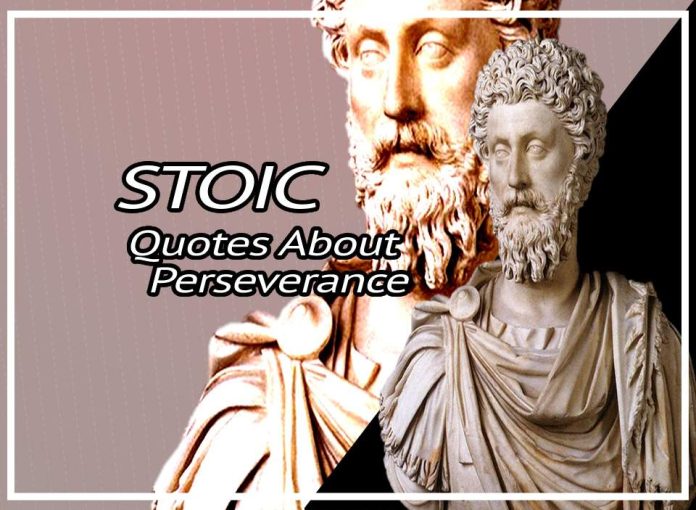 Here is some best stoic quotes about Perseverance:

Best Quotes on Perseverance from Stoicism

As a practicing Stoic, I have used many quotes on Perseverance to help me, inspire me, or keep me sane. I hope you find some gain and drive in some of Stoicism’s finest quotes on Perseverance. Developing peace of mind through confidence in one’s abilities is what Stoicism is all about and knowing that this is ancient wisdom, along with applications by modern great, you know the Stoic beliefs stand up.

“Man is a goal-seeking animal. His life only has meaning if he is reaching out and striving for his goals.

“We are what we do. Excellence, therefore, is not an act, but a habit.”

“Because a thing seems difficult for you, do not think it impossible for anyone to accomplish.”

“If it’s endurable, then endure it. Stop complaining.”

“We must take a higher view of all things, and bear with them more easily: it better becomes a man to scoff at life than to lament over it.”

“What man actually needs is not a tensionless state but rather the striving and struggling for some goal worthy of him.”

“Success is based off of your willingness to work your ass off no matter what obstacles are in your way.”

Stoic Quotes on Perseverance the Best Quotes From the Stoics

I hope these Perseverance quotes helped you. Please comment below and share the best Stoic quotes that have benefited you when needing Stoicism’s best quotes on Perseverance.

More Stoicism: 5 Principal of Stoicism That Will Change the Way You Think About Life, Death, and Time