Best Places To Take A Road Trip In Canada 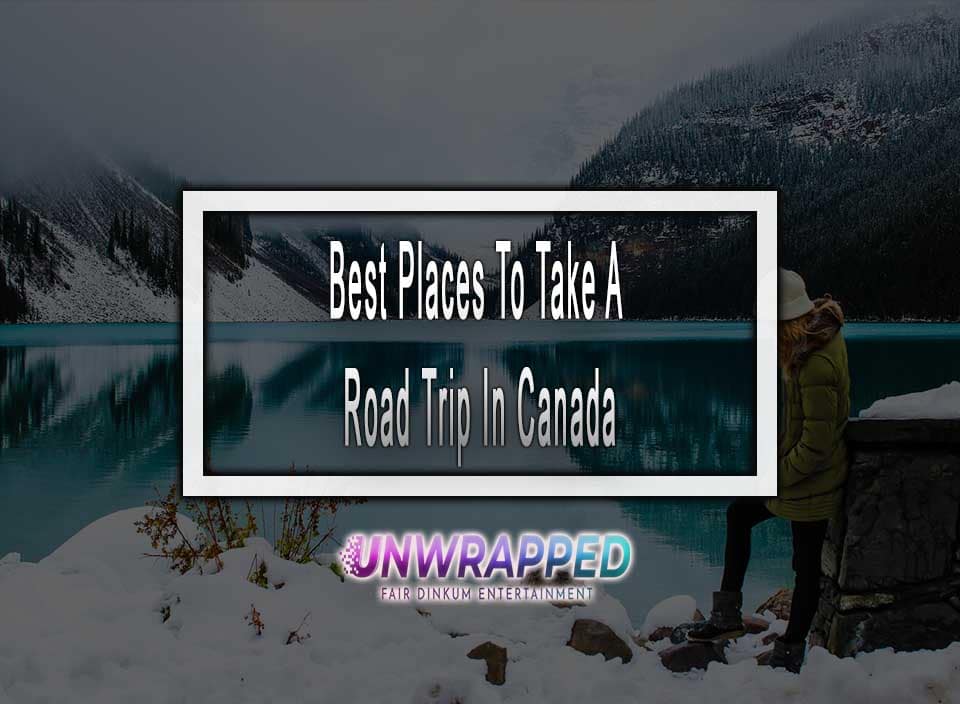 With a size of 9.8 million square kilometres, Canada is the second-largest country in the world. This makes it one of the most perfect locations for anyone looking to take a road trip. The country also has a diverse landscape that transits between coasts, marshlands, glacier-carved peaks, and plenty of other breathtaking trips.

The only daunting task here is pointing out where you should go in such a large and diverse area for a road trip. Well, here’s a list of some of the best locations for a road trip in Canada.

This is arguably one of the most famous trails for a road trip not just in Canada but in the world. The 300Km highway is located on Cape Breton Island in Nova Scotia. The looping trail hugs the ocean all the way, giving you jaw-dropping views of the sea at every turn.

The trail also links to several hiking trails on the Island, and you also get a feel of local Acadian and Celtic hospitality all the way. The full hike may take up to 4 days to complete.

The Sea to Sky Highway is a 162-kilometre stretch of road starting from the coastal city of Vancouver northwards through Squamish, Whistler, and eventually winding up in the town of Pemberton.

The curvy road takes you past various landscapes, including coastal areas, forests, mountains, and farmland. On this trail, you’ll see popular tourist hotspots in British Columbia like Whytecliff Park and the Shannon Falls, the third-highest waterfall in British Columbia. If you’re travelling with kids, by all means, visit the Britannia Mine Museum during your trip.

Although Prince Edward Island is Canada’s smallest province, a road trip through the region should ideally take four days. The 350 Km North Cape drive, is particularly famous with food tourists because it allows them to sample some of the Island’s best delicacies.

Most notable is the Briny-Sweet Malpeque Oyster, which is a given because the Island is the leading producer of Oysters in Canada. If taking a selfie with a giant 14-ft potato or sleeping in a lighthouse sounds like an adventure, then this road trip is the perfect idea for you. There are bountiful historical sites, amusement parks, and other adventures for you on this trip.

There are very few road trips as incredible as travelling through the Trans-Canada highway. The trip takes you through all of Canada’s ten provinces, making every day worthwhile.

The 7,820 KM highway passes through some of Canada’s major cities, allowing you to explore some of the country’s major attractions. The route which was officially opened in 1962 starts in Victoria and ends in St John’s, Newfoundland, and Labrador.

Some of the most notable highlights of this route for road-trippers include the Alberta Badlands (Ottawa), Fundy National Park, Lake Louise and Banff National Park (Canadian Rockies), and so on.

No doubt one of the most beautiful Islands in Canada, the Vancouver Island route is a top recommendation for those looking for beautiful scenery to take lovely photos. The region includes several mountains, rugged coastlines, and rainforests.

Some of the top destinations on this route include Victoria, Tofino, the Cowichan Valley, and Cathedral Grove. You can also watch the beautiful sunset from Long Beach or go surfing at Chesterman Beach as part of your Vancouver Island road trip.

The Georgian Bay coastal route in Ontario gives you access to the Bays 2000 Km stretch of shoreline that connects its numerous islands. The route, which loops around the Georgian Bay, features some unique attractions, including the Grotto in the Bruce Peninsula, the Killarney Provincial Park, and Parry Sound.

With a 975 Km stretch of road in front of you, you’ll need up to a week to fully explore all the sweet spots in Quebec with this road trip. The trip will take you through some of the top cities in Canada, starting from Montreal and Quebec then North-East towards the Gaspé Peninsula.

There are plenty of activities for tourists here, including whale spotting, bird watching, and other scenic adventures.

Whether alone, as a family, or with friends, a self-guided road trip is undoubtedly one of the best ways to explore Canada and enjoy all the attractions that the city has to offer.

To avoid any hitch, be familiar with Canadian immigration law, plan your trip correctly and make arrangements for stopovers and other necessities ahead of your trip.