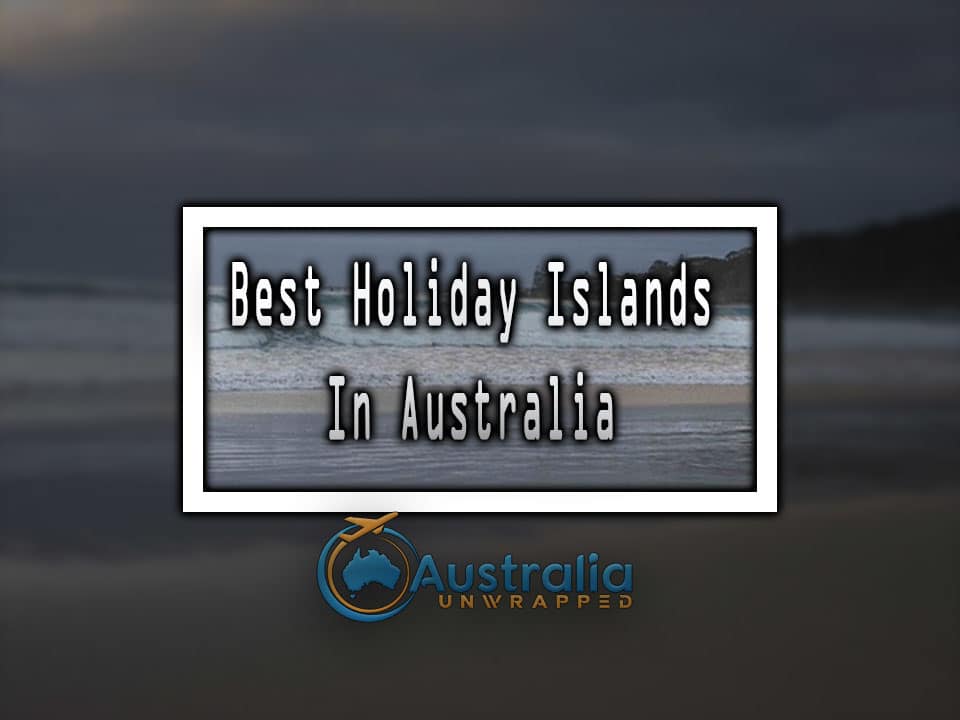 Holiday Islands – Australia is the largest Oceanian country in the world. The country is divided into several small islands with unparalleled beauty. The mesmerizing scenery is unbelievably enticing in nature. The country hosts some of the most majestic beaches of the world. Whether for family holidays or satisfying an adventurous streak, these islands are filled with numerous opportunities for everyone. So, if you are in the mood of exclusive Australian island escapade, we bring you some of the best holiday islands of the country.

Location- Kangaroo Island is located in South Australia with only 112 km southwest of Adelaide.

In earlier times, it was inhabited by Australian native population; the aboriginals. However, due to rising sea level which transformed the land area into an island, lead to the desertion of the area and it was resettled consequently as a colony in 1836.

This gorgeous island offers a wide range of activities for everyone. One can experience a date with the diverse wild life in Hanson Bay wild life sanctuary with the whole family or enjoy various outdoor activities such as island fishing, quad-bike navigation and exciting ocean safari.

Although named as Kangaroo Island, it hosts several exotic wildlife species such as koalas, sea lions, fur seals and many more.

It is named as Australia 4th national icon.

This Island is located about 140 km south- east of Melbourne, known for its backwaters.

The island was earliest inhabited by the Yalloc Bullac clan of Indigenous Australians. A subject of many conflicts between the Europeans, in 1926 an attempt of British colonization began.

Extremely popular for Australian Grand Prix circuit, the island is boasted with many tourist attractions. The beautiful Cowes beach is children friendly, hence great family place. However, it is the “little penguin” parade that will win your heart. Surfing, fishing and wildlife visits are some other popular activities.

Philip Island is the largest little penguin colony in the world.

This island is so popular for its summer tourism that its population jumps multifold.

The 155 sq. km long island is located in the lap of Tasmanian Sea off the east coast of Tasmania.

The island was named after Maria Van Diemen, the wife of a Dutch Governor General. The island is historically important for the Aboriginals inhabitants and the convict era in the 19th century.

The whole island is declared as a national park. Evidently, there is an abundance of flora and fauna to witness. The Maria Island walk is a 4 -day long tour to closely watch the wilderness.

The adventure enthusiasts can enjoy bicycling, snorkeling, diving and swimming.

This Tasmanian Island is especially known for its unique geography and lush rainforests.

It is located 887 km north of Brisbane and 512 km south of Cairns, in Queensland.

The history of the island is not very elaborate as it is an inhabited one though it was purchased by Keith Williams and Bryan Bryt.

The island thrives on tourism. The cruise for the Great Barrier Reef is one of the most attractive tourist activities. The other enjoyable activities include snorkelling, swimming, spa relaxation and sailing.

The island is identified with the Great Barrier Reef.

There are some great islands in Australia and it is not easy choose just a few. Wherever you go, Australian islands promise to make your vacations most enjoyable.

Amazed by the unparalleled beauty of the majestic beaches in Australia? Had the most promising vacation here? Share the great experience here, comment below or both.

Top 10 Islands in Australia Worth Visiting in 2023