Best Cryptocurrency Stocks to Invest in This Year 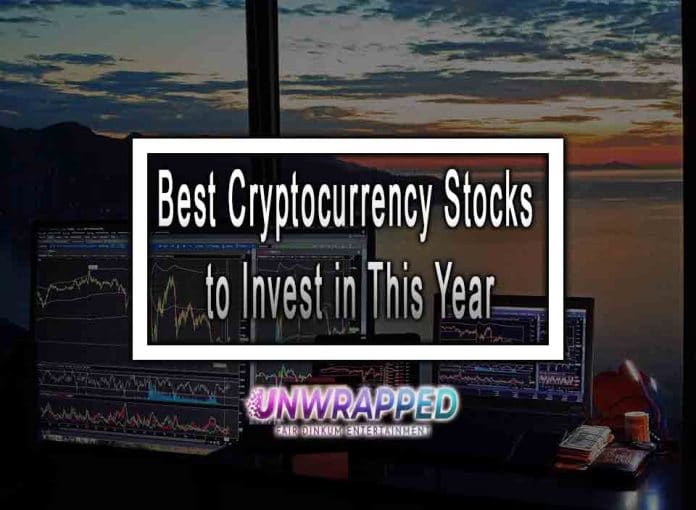 Cryptocurrency is becoming more and more mainstream. The number of people who own cryptocurrency has doubled in the last two years. In recent months, it has been on the rise thanks to bitcoin’s new all-time highs, the upcoming launch of ethereum futures, and the anticipation of a possible bitcoin exchange-traded fund (ETF).

As a result, more investors are looking for ways to get exposure to the nascent asset class. In turn, a growing number of publicly traded companies have seen their stock prices soar as they’ve announced plans to enter the crypto area.

The popularity of cryptocurrencies has led to significant interest in cryptocurrency stocks. Coinbase Global — the first major cryptocurrency company to go public — is one obvious example. But there are others with varying degrees of exposure to the crypto market.

This stock has been one of the hottest IPOs. It has risen more than 500% since its offering in April. The company started trading on the Nasdaq on April 14 under the ticker COIN. CME Group This company operates the world’s largest derivatives exchange, with options and futures on many assets, including cryptocurrencies. It was an early mover for Bitcoin derivatives and continues to add new products for investors.

Robinhood is one of the most popular investment apps in the United States, and that doesn’t just apply to stocks. The company has also made crypto more accessible to many people.

Robinhood launched its crypto trading app, and it has been a massive success ever since. Three weeks after its launch, Robinhood had already added more than 1 million customers to its platform. By March 2018, the company said that it was adding more than 1 million users every month, making it one of the fastest-growing financial services companies globally.

CME Group is best known as the world’s biggest derivatives marketplace. But it also has a growing presence in cryptocurrency markets. The company launched its Bitcoin futures contracts back in 2017, which means that investors can bet on the price of Bitcoin without having to buy and store it directly. CME Group has also found success with other crypto products, including Ethereum and Bitcoin Cash options.

Facebook has taken big steps into cryptocurrency over the past couple of years. In 2019, it announced plans to launch its digital currency called Libra, which saw pushback from regulators worldwide due to concerns about Facebook’s data privacy practices and lack of transparency in its operations.

Nvidia (NVDA) and Advanced Micro Devices (AMD), two chipmakers specializing in graphics processors, have been up more than 170% and 80% over the past few months. That’s thanks to their exposure to the growing popularity of cryptocurrencies like Bitcoin.

Nvidia and AMD both make processors used in mining bitcoin and other cryptocurrencies. They also make GPUs that can be used to mine crypto as well. The popularity of cryptocurrencies has increased the value of these two stocks tremendously.

Additionally, blockchain technology — a digital ledger of transactions — is being tested by many big companies like Amazon and Google because it can potentially make transactions faster, easier, and more secure than they currently are.