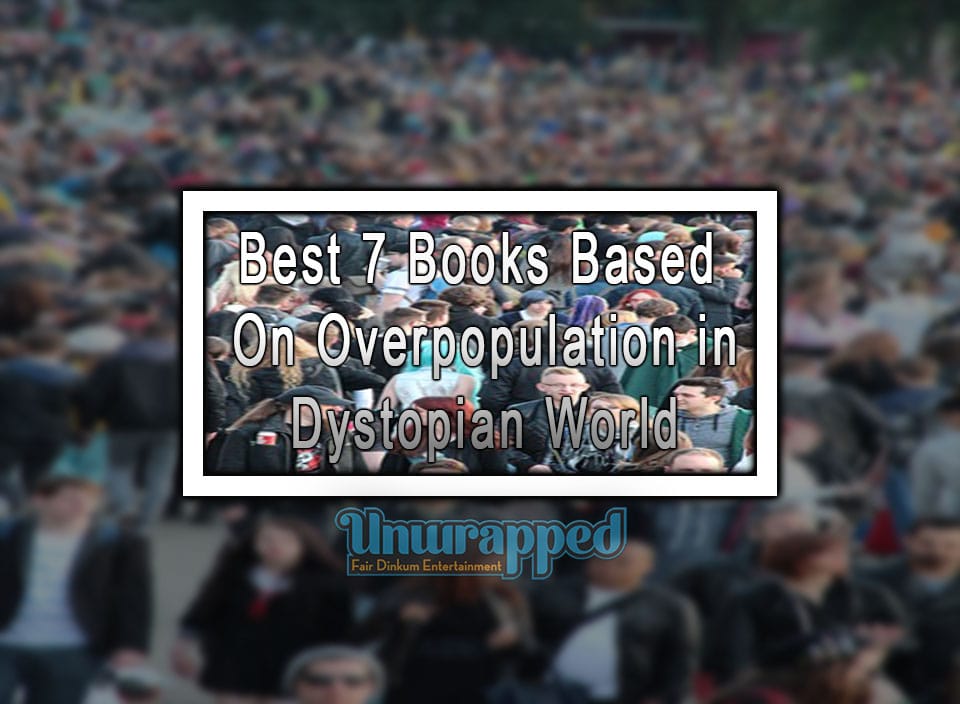 Top Dystopian Books with Overpopulation as The Main Genre

The world’s population always gets pointed out in playing a critical role in the major causes of economic and environmental instabilities, including global warming.

According to the world’s statisticians in socioeconomic, environmental, and population census, overpopulation creates a massive impact in the order of things, such as in the theory of the law of supply and demand.

Integrating logic in the sense, a house designed to fit three people will look chaotic and crowded for four persons or more, making it an unconducive place to live. Similarly, a three-member family income will be insufficient to raise four children.

So, when the earth becomes overpopulated, it can’t breathe. It can’t thrive. It can’t provide for everyone. Thus, poverty happens that leads to the misuse and overuse of natural resources and the ecosystem as a whole.

Hence, overpopulation, population control, or population-related subject is one of the most common themes or subtopics in dystopian literature due to the adverse effect, and in a way, bringing enlightenment and caution to everyone.

He centers his narrative in a future setting where mankind has started to explore the universe. Along with their expedition, they encounter the “Formic,” which is the alien race and referred to by Card as the “buggers.”

As the story progress, a perpetuating battle between the human race and the alien nation emerges. One of the main focuses of the story is the two-child policy imposed on earth, making one of the lead characters as a “Third,” which the government allowed due to the promises made by the other siblings.

It begins with the human soldiers battling out an interstellar war against a civilization of aliens. Yet, back on earth is another fight that the returning soldiers are about to combat. One of the significant highlights or turning points in the story is the government’s new law on homosexuality. They are encouraging people to engage in homosexuality to stop or control overpopulation.

A Hugo-award-winning book “Stand on Zanzibar” by John Brunner is another dystopian book about overpopulation.

Brunner’s main drive or focus in this 1968 novel is the narrative on overpopulation and the possible outcomes or consequences that may come along with it.

Brunner’s 1968 novel’s main drive is the narrative on overpopulation and the possible results or consequences that may come along with it. He focuses on the growing population that is needing to have a bigger island to accommodate or fit everyone.

The book depicts a crowded world through an image illustrating people standing side-by-side and shoulder-to-shoulder in a minute island.

Dan Brown’s fourth book in his “Robert Langdon Series” continues the journey of the main character, who is in the title of the book series.

One of the spotlights in the novel is the development of the biological plague that can cause infertility, which is to provide an immediate solution to the impending or imminent overpopulation.

Gemma Malley’s first released book from her trilogy under the same name “The Declaration” literally depicts a disclosure agreement, statement, proclamation, or announcement by individuals who will opt to receive eternal life in a futuristic dystopian world.

A scientist develops a drug that can prevent death called “Longevity.” However, it can’t stop the ageing process. That said, people continuously have children, and so, it quickly leads to an increase in population. Over time, the world becomes overpopulated.

Due to the terrible consequence, the government introduced “The Declaration” that when a citizen signs will permit them to take the “Longevity” drug but must agree not to bear any children.

Nevertheless, the rich can still take the drug and continue to bear children. Many people are against “The Declaration” because they want to enjoy eternal life, and at the same time, have children.

In return, the government referred to these children as the “Surplus,” which happens to be an offensive name, and this is the struggle and life of the lead character.

This classic masterpiece by Harry Harrison explores an urban jungle that has become overpopulated.

Published in 1966, “Make Room! Make Room!” showcases a divided social class system that operates within a condition or an environment where chaotic circumstances are happening, such as food shortages, riots, and ridiculously pointless violent acts.

Joining to my new additions of dystopian books is a novel that focuses on the topic of overpopulation by Tessa Clare.

“The Divinity Bureau” portrays a world that has been crippled to overpopulation, resulting in economic failure, pollution, and turmoil. This fate brought the government to decide who will live and die.

Thus, “The Divinity Bureau” gets created that will handle such a decision. Things become more complicated when the IT person-in-charge of such procedure falls in love with one of their subjects.

Earlier, the concept of overpopulation is a far-fetched idea. It’s a fantasy in literary writing, so as I thought. However, little did we know that it’s, actually, a prediction of what is going to happen if we continuously take on the same road.

These brilliant authors didn’t just create these books to entertain us but also to give us caution on the outcomes of such possible incidents. Hence, giving us a tip on how to prevent an impending catastrophe to occur and hurt us in the future.