Benefits Of Caffeine In Adult Nutrition 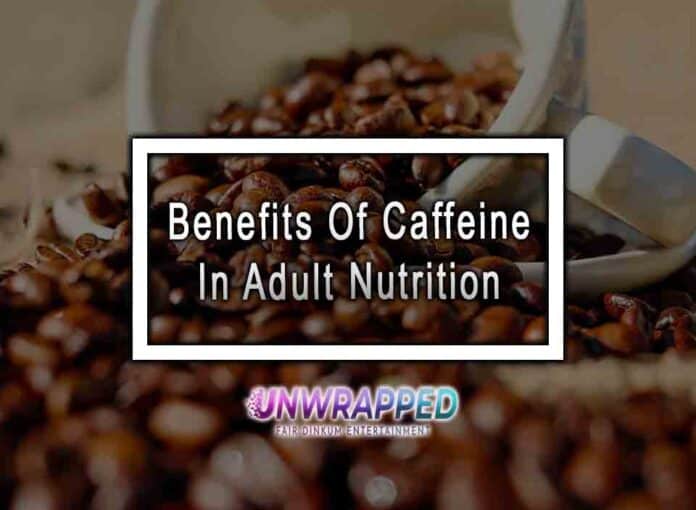 Benefits Of Caffeine In Adult Nutrition – Whether or not caffeine is beneficial is one that generates a lot of discussion. But are you aware of caffeine’s many positive aspects to adult nutrition?

Caffeine winds up being one of the most popular chemicals in the nation that is known for its coffee, and a wide variety of individuals consume it. Caffeine has a lot to contribute to your diet, but only if you drink it in moderation and don’t overdo it. Let’s learn a little bit more about the advantages of consuming caffeine in adult foods, shall we?

It is believed that over 80 percent of the world’s population takes some kind of a caffeinated product on a daily basis, making caffeine the most popular psychoactive chemical taken throughout the globe. Once entering the circulation, caffeine immediately goes to the brain, where it blocks an inhibitory neurotransmitter. The mechanism behind this action is as follows: Because of this, the mind is engaged, and more neurons begin to work; as a result, levels of energy, mood, response speed, and even memory are all improved.

Therefore, consuming coffee or other items that are high in caffeine may bring your mind to a level of alertness, driving away feelings of sleepiness and making you feel more energized and prepared for the tasks of daily life.

In addition, a research that was conducted in 2015 found that those who consume between two and three cups of coffee on a daily basis had a 13% reduced chance of getting depression, which indicates a considerable improvement in the mood of people who like drinking coffee.

Benefits Of Caffeine In Adult Food: Helps With Weight Loss

Caffeine may help people lose weight in two different ways: first, it can reduce feelings of hunger and cravings for food; second, it can stimulate thermogenesis, which causes the body to create more heat and energy while digesting food, which in turn promotes weight loss.

Benefits Of Caffeine In Adult Food: Prevents Alzheimer’s And Parkinson’s

According to the findings of research done in Portugal, an individual’s lifetime use of caffeine may lower their risk of developing Alzheimer’s disease later in life. Additionally, taking a cup of coffee immediately after finishing your studies will aid with long-term memory, as well as helping to strengthen the brain, assisting with thinking, and preventing the mental deterioration that might come with advancing age.

Another degenerative condition that may be helped by caffeine is Parkinson’s disease; after all, its antioxidant properties can help stop cell death from happening as early as it can.

According to a study that was conducted in 2012 by the American Association for Cancer Research, drinking coffee may help prevent skin cancer by reducing the damage caused by the sun’s ultraviolet rays. These rays are the primary factors in the development of this form of cancer as well as premature ageing. However, this is not a valid excuse for you to cease applying sunscreen or otherwise taking care of your skin in any way, all right?

Also see: Caffeine: How Does Caffeine Help Focus And Energy?

Stay Connected
41,936FansLike
5,684FollowersFollow
865FollowersFollow
Previous article
Fiber Supplement: Know What It Is And What Are The Benefits
Next article
Prebiotics And Probiotics: Who Are They, And What Do They Feed On?

5 Signs You Should See An Ophthalmologist

Why Do I Have A Swollen Belly? Causes And Tips To...