When is Bendigo Easter Festival 2023 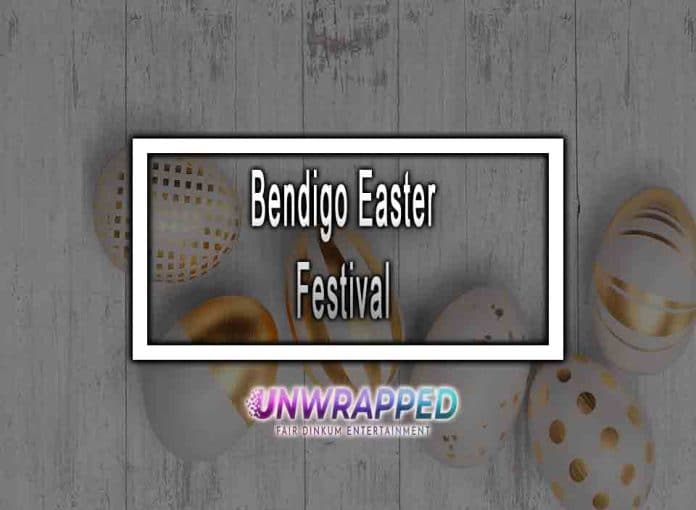 On January 1, 1871, authorities discussed a fundraiser for the Bendigo Hospital and Benevolent Asylum at the Shamrock Hotel. Representatives from the hospital, asylum, and different friendly societies such as the St. Andrews Society, the Irish Australian Society, the Manchester Unity Independent Order of Oddfellows (MUIOOF), and the Independent Order Rechabites. The Borough of Sandhurst was the name of Bendigo at the time. Mr William Heffernan, the hotel’s licensee, proposed a fair modelled after the Donnybrook Fair in Dublin, Ireland, which operated from 1204 until 1868.  He also offered the use of conference space and a donation of £10 to start the fundraising campaign.

In 1869 and 1870, Heffernan and his business partner Mr Hadley developed and ran the Sandhurst Easter Holiday Sports, an Easter sports carnival. At first, numerous names called the Easter Fair, but by 1880, it was widely recognised as the Bendigo Easter Fair. The inaugural Easter Fair took place on April 10–11, 1871. It was first hosted at the lower end of Pall Mall, near the current location of the Conservatory Gardens and lower Rosalind Park, before transferring to the Tom Flood Sports Centre, which was built on the former showgrounds. Do you know? Admission fees were collected for £2560 during the first Easter Fair. The event earned £23,000 for the hospital and asylum in its first 21 years.

The Weekly Advertiser reported in 1893 on parade with a vast and colourful Chinese component that pleased the people. Since then, the Chinese community has played an essential role in the celebration. Local community groups, schools, emergency agencies, and companies have entered upwards of 100 floats in the procession. The procession usually comes to a close with a significant Chinese portion, which has expanded to include over a thousand components and participants. In addition, the procession features lion and dragon dances performed by Chinese cultural organisations from Bendigo and Melbourne.

The procession used to take place on Easter Monday, but since 2011, when it coincided with Anzac Day, it has taken place on Easter Sunday. In 1978, aurthories formed a squad of radio-equipped marshals to enhance entrance motions and closing parade gaps. By the early 1990s, it had potentially grown into the Dragon City Marshals Inc. (DCMs), an independent, incorporated body with a significantly broader area of action. By 1994, DCMs were assisting at various events around Victoria, including the Moomba Festival in Melbourne.

Large processional dragons became a staple of the yearly parade in 1892. Do you know? The Golden Dragon Museum in Bendigo houses three main golden dragons: Loong (1892–1970), Sun Loong (1970–2019), and Dai Gum Loong (2019–present). A torchlight procession is a midnight parade going on since before 1900. Local emergency services are included, with members of the volunteer and professional fire departments parading with burning brass torches. In recent years, the procession has finished near Lake Weeroona, where entertainment, games, and fireworks have been. Every year on Easter Saturday, a torchlight parade takes place.

From 1930-1996, a fundraising event known as the Popular Girl was organised in which well-known local young girls raised money for charity.