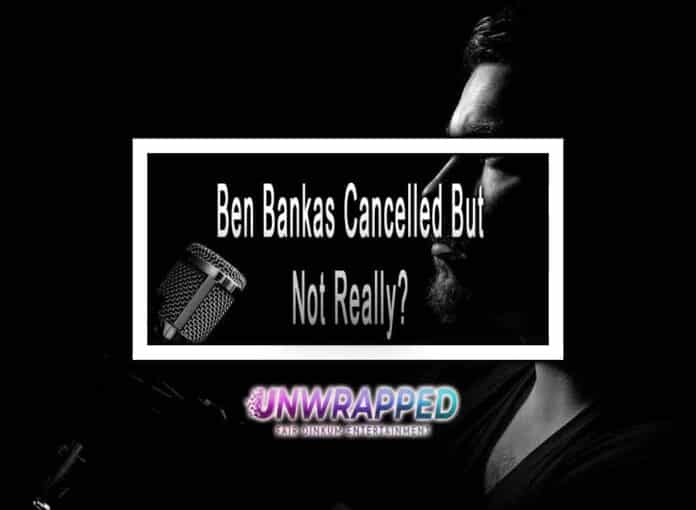 For Making “Inappropriate” Jokes, A Toronto Theatre Dismisses A Comedian

Just 24 hours before his scheduled engagement at a Toronto comedy club, well-known Canadian comedian and voice actor Ben Bankas had his event cancelled due to his stand-up routine.

The general manager of Paradise Theatre notified Bankas via email that his event would not occur as planned because his content violates the “rules and guidelines” of the venue. Bankas has been on well-known podcasts, including “Kill Tony,” which Tony Hinchcliffe narrates.

This is what the cancellation email says:

“We cannot proceed with your performance since the substance of your material does not comply with Paradise Theatre’s regulations and guidelines. I’m sure we can work something out to get you somewhere else.”

Bankas informed Rebel News that the venue abruptly cancelled the event 24 hours before the performance.

“When I opened for another comedian, Joe List, the person in charge of making a choice claimed she didn’t like my material but never actually informed me. She could have made the choice months ago. Still, she waited until the last minute to avoid having time to regroup, “The comic elaborated.

Bankas routinely makes fun of politicians from all parties in his stand-up routine, including Pierre Poilievre, Jagmeet Singh, and Canadian Prime Minister Justin Trudeau. He also cracks jokes about the pandemic.

The concert has since been moved to the Royal Comedy Theatre in Toronto. However, the now-defunct internet marketing for the appearance is still available.

Bankas chuckled when his show was cancelled.

Bankas stated, “Apparently, I’m too humorous to play at the Paradise Theatre.

He referred to the upcoming performance as “epic.”

Bankas, who hails from Toronto and bills himself as a stand-up comic, actor, producer, and podcast presenter, has appeared on stage with Yuk Yuk’s International and tours Canada.

Following the cancellation of his November performances at Massey Hall in Toronto, American comedian Andrew Schulz sold out two concerts at Meridian Hall and had scheduled a third after that.

See: The Most Woke Celebrities