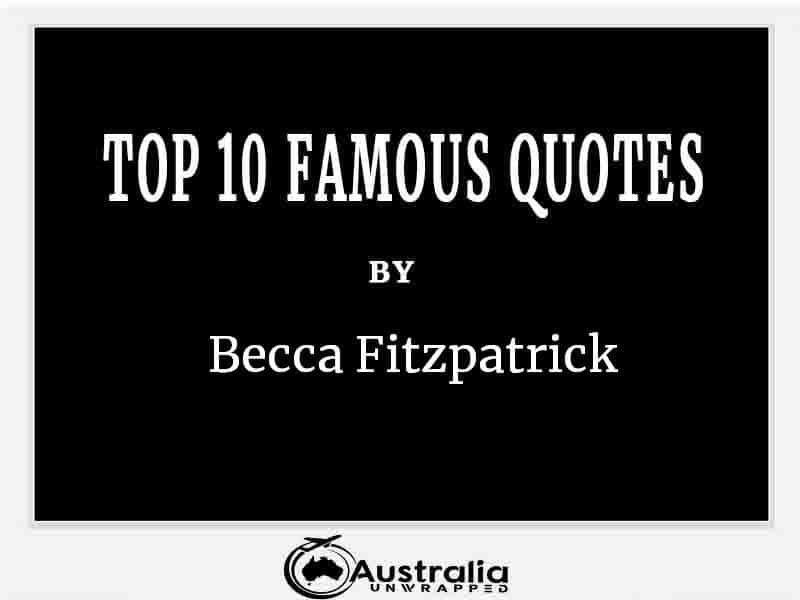 “You smell good, too,” said Patch

It’s called a shower.” I was staring straight ahead. When he didn’t answer, I turned sideways. “Soap. Shampoo. Hot water.”

He accepted that statement with a nod.

“Do you want to possess my body?”

“I want to do a lot of things to your body, but that’s not one of them.”
― Becca Fitzpatrick,  Hush, Hush

“Keep in mind that people change, but the past doesn’t.”
― Becca Fitzpatrick, Hush, Hush

“I don’t go out with strangers,” I said.

“Good thing I do. I’ll pick you up at five.”
― Becca Fitzpatrick,  Hush, Hush

“You’re a guardian angel now.” I was still too much in awe to wrap my mind around it, but at the same time I felt amazement, curiosity…happiness.

“I’m your guardian angel,” he said.

“I get my very own guardian angel? What, exactly, is your job description?”

“Guard your body.” His smile tipped higher. “I take my job seriously, which means I’m going to need to get acquainted with the subject matter on a personal level.”
― Becca Fitzpatrick, Hush, Hush

“Hang on, did you just call me Angel?” I asked.

“All this time I’ve hated myself for it. I thought I’d given it up for nothing. But if I hadn’t fallen, I wouldn’t have met you.”
― Becca Fitzpatrick, Hush, Hush

Patch traced a finger along my collarbone, then headed south stopping at my heart. I felt it pounding through my skin. “Because I feel it here, in my heart,” he said quietly.”

“Coach: “All right, Patch. let’s say you’re at a party. the room is full of girls of all shapes and sizes. You see blondes, brunettes, redheads, a few girl with black hair. Some are talkive, while other appear shy. You’ve one girl who fits your profile – attractive, intelligent and vulnerable. Dow do you let her know you’re interested?”

Patch: “Single her out. Talk to her.”

Coach: “Good. Now for the big question – how do you know if she’s game or if she wants you to move on?”

Patch: “I study her. I figure out what she’s thinking and feeling. She’s not gonig to come right out and tell me, which is why i have to pay attention. Does she turn her body toward mine? Does she hold me eyes, then look away? Does she bite her lip and play with her hair, the way Nora is doing right now?”