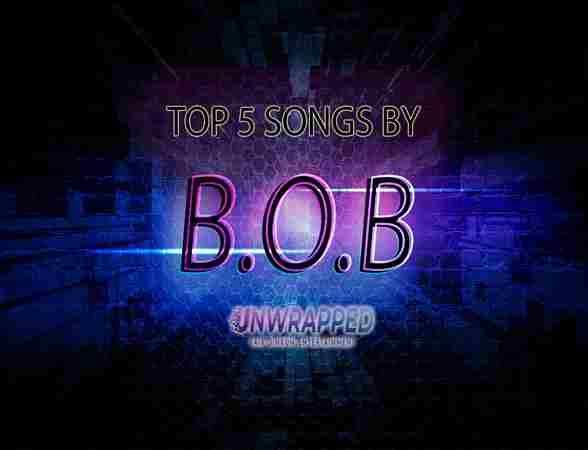 We know how excited you are to be swept away by music through B.o.B‘s Top 5 Tracks. Australian Unwrapped would like to give you first a glimpse of the life of the artist. Enjoy reading and listening!

Who is B.o.B: Bobby Ray Simmons Jr. is best known for his stage moniker B.o.B. He carved his way up through his commercial debut single “Nothin’ on You” (featuring Bruno Mars), reached number one in both the United States and the United Kingdom in 2009. He later released his third single “Airplanes” (featuring Hayley Williams of Paramore), which was also a music chart-topper. The US Billboard Hot 100 ranked his fifth single “Magic” as his third top 10 hit. The Adventures of Bobby Ray, which followed two extended plays (EPs) and several mixtapes, became B.o.B’s debut studio album in April 2010. In 2016, the Recording Industry Association of America (RIAA) certified the album 2x platinum, the highest level of certification.

Throughout elementary and high school, Bobby played the trumpet in the school band.
He decided to pursue a music career in the sixth grade.
Through open mics and underground venues, he does his best to perfect his craft.

We freaking love music here at Unwrapped, and we adore B.o.B. In our humble opinion, here are the BEST FIVE SONGS by the legendary B.o.B (most liked, listened and downloaded songs) across the web!!!

Drinking a German beer with a Cuban cigar
In the middle of Paris with a Dominican broad
Great head on her shoulders, she probably studied abroad
She transferred to Harvard from King’s College in March
She says that I’m her favorite ’cause she admires the art
Michelangelo with the flow, Picasso with the bars (bars)
She’s well put together, like a piece by Gershwin (Gershwin)
Renaissance style, tonight is picture perfect, so smile
And pack your bags real good, baby
‘Cause you’ll be gone for a while, while, while
Girl, tell me how you feel, what’s your fantasy, oh
I see us on a beach down in Mexico
You can put your feet up, be my señorita
We ain’t gotta rush, just take it slow
You’ll be in the high life, soaking up the sunlight

I hope you enjoyed listening to B.o.B !