The Journey of Becoming An Australian Republic – History & Facts 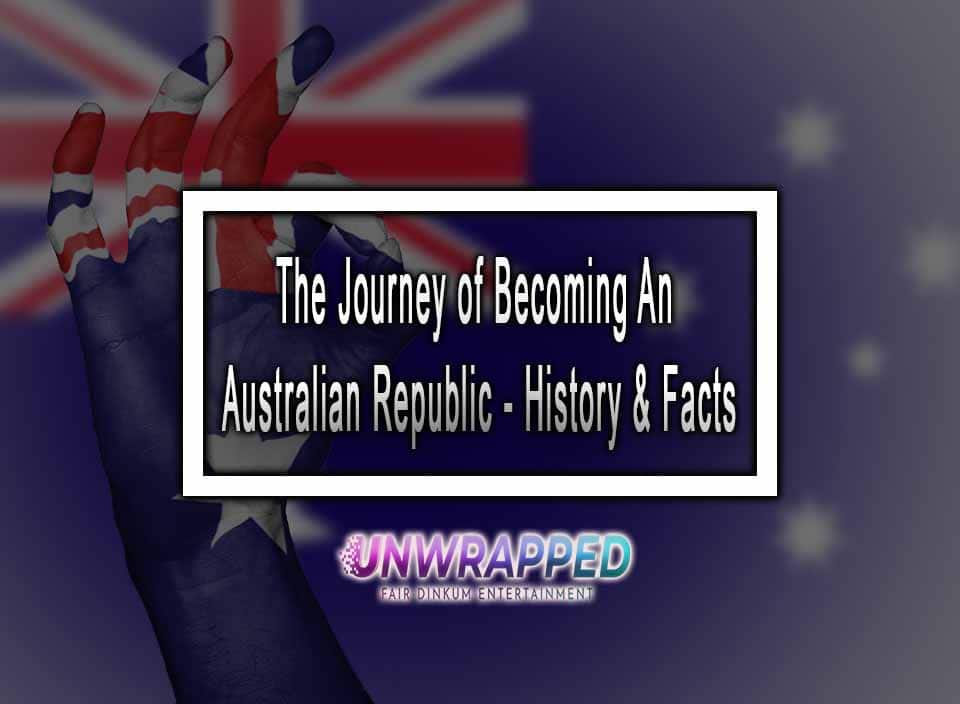 The Australian republic referendum, conducted on November 6, 1999, was a two-question vote on amending Australia’s Constitution. For several years, surveys indicated that a majority of the electorate supported the establishment of a republic. Despite this, the republic referendum narrowly failed due to several circumstances, including a lack of bipartisanship and disagreement among republicans about the process for selecting the president.

With the Olympic Games in the 2000s and Australia’s centennial of the federation, there was enough cause and a variety of pretexts to reconsider the country’s constitutional history and national symbols.

All parties in the federal parliament declared significant support for a republic vote in 1996, and members for a constitutional convention, which would evaluate the potential of a republic among other things, were anticipated to be elected. Some argue that a republic is now unavoidable, yet similar predictions have failed in the past. The failure to examine Australia’s republican history has left a gap in contemporary discourse, despite all that has been written and said on the subject since the debate was reignited in the early 1990s with the formation of the Australian Republican Movement, the revival of pro-nationalist sentiment in the Labour Party under Prime Minister Keating, and the work of the Republican Advisory Committee.

Indeed, Australia’s republican intellectual traditions are little known and only sometimes acknowledged. The most prominent picture of republicanism in Australia is one based on a largely nationalist, socialist, and Labour-led historical heritage, which is frequently misunderstood as the sole kind of republicanism that has had a significant impact on Australia’s past. However, other republican traditions continue to be relevant in Australian political philosophy, traditions that the current debate’s protagonists have yet to embrace.

There are three main republican models: English, French, and American, each of which is significant to both conservative and Labour republicanism in Australia. The dominant republican Labour tradition has framed the debate over Australian national identity as a choice between independence and allegiance to the home country. But, like democracy and equality, the Labour legacy contains attitudes and values that have been ignored or suppressed. The conservative republican tradition had adopted the classical paradigm of republicanism, which was based on American and English principles. These traditions, championed by Sir Henry Parkes in the nineteenth century, have led many of its believers to see the Australian Constitution as a ruse republic. This is comprehensible since it emphasises balanced administration and progressive political transformation while being non-monarchical and pro-British.

The refusal to recognise or give due weight to the variety of Australia’s republican antecedents has stifled and split discourse, resulting in a slew of harmful clichés and caricatures like:

As a result of this limiting of the argument, Australian conservatives had placed too much faith in the British monarchy, whilst the Labour Party has broken the link between republicanism and social democracy, which was a feature of republicanism in the early years of the labour movement.

What is to happen

On January 13, 2022, the Australian Choice Concept, the ARM’s proposed model for a republic, was unveiled. The Australian Republic Movement (ARM) has published its plan to depose Queen Elizabeth II as the country’s head of state and replace her with a citizen-elected leader.

Every federal, state and territory parliament would suggest a shortlist of candidates for the election of the head of state under the plan, according to the campaign organisation, allowing Australians to “take our own affairs into our own hands.” Since 1901, Australia has had a British monarch as its head of state as a Commonwealth country.

A nationwide election would be held under the paradigm, with each individual voting for their chosen candidate. The new head of state would be appointed for a five-year term and would act on the recommendation of the Australian federal government.

They would have a purely ceremonial function, representing Australians both at home and abroad and choosing the prime minister. It implies they wouldn’t be able to vote on bills or participate in debates. The suggested model varies from the one proposed in the 1991 failed republic referendum, in which the president was chosen by parliament rather than the people.

According to the ARM’s consultation, this strategy of selecting our Head of State would get majority support in a nationwide vote, across all age categories, party voting intentions, and among men and women. According to an ARM study, if the Australian Choice Model were put to a referendum, 73 percent of Australians would vote for a republic. The Model has a better probability of passing a referendum than any other model that has been suggested previously. It was created after significant consultation with the general people, proponents of an Australian republic, academics, and MPs over the previous 24 months. Through surveys, nationally representative polls, submissions, and consultation meetings, more than 10,000 Australians voiced their opinions.

See More:The Pros And Cons Of Australia Being A Republic

Why did Australia become a republic?

Historically, Republicanism in Australia has aspired to change Australia’s parliamentary monarchy to a republic, replacing the monarch (currently Elizabeth II) with a president. Republicanism first emerged in Australia before Federalism did.

Stay Connected
41,936FansLike
5,684FollowersFollow
865FollowersFollow
Previous article
Expat Info: 7 Things To Consider Before Moving To Australia
Next article
What Is The Ideal Age For My Child To Have a Smartphone