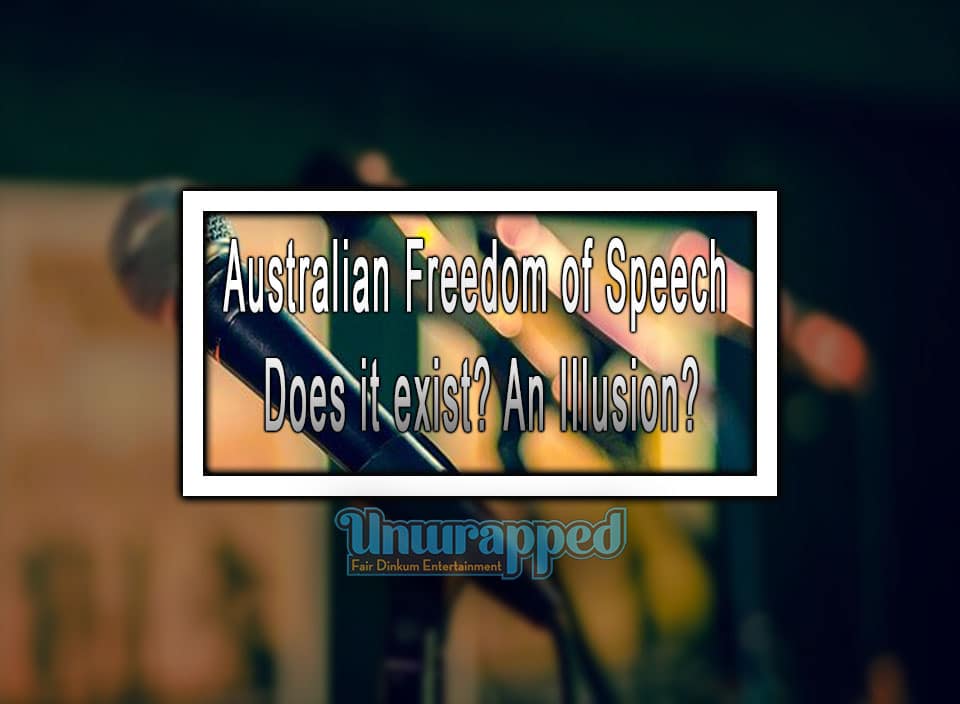 Australian Freedom of Speech – Does it exist?

Australian Freedom of Speech – Although the Constitution of Australia does not directly protect Australian freedom of speech, or any other forms of expression. There have been cases in the High Court, that have resulted in the Judges holding the view that there is a freedom of political speech. Furthermore, it not only exists but is also an essential part of the government created by that Constitution that deems it to be responsible and representative.

Only one state in Australia, Victoria, protects the freedom of the press.  For everyone else, there is a constant concern that journalists will receive subpoenas to reveal their confidential sources. Therefore, as one can imagine, this places a great deal of stress on people in this profession. Thus they have to work so much harder to convince their sources that the information they are sharing is safe in the hands of the journalist.

So, if it’s not a directly protected and entrenched right in the Constitution of Australia. Therefore only an implied right in terms of High Court rulings, how does one affect free speech without ending up in trouble?

With laws introduced and enforced that prohibit making information related to national security matters public, the fence encircling the media has been drawn closer.

This is the age of information, and those who hold vast amounts of it tend to hold power others don’t have.

The International Covenant on Civil and Political Rights was signed by Australia in 1980, and what this really says, in layman’s terms, is that all Australians can freely hold opinions about anything or anyone, but when it comes to the Australian freedom of speech, there are duties and responsibilities carried by the speaker.

Australian Freedom of Speech – Facts and Truth can be suppressed

No one has carte blanche to say whatever they please. The line that one has to be careful of crossing is that expressing an opinion, or even factual information regarding another person or entity, does not violate any laws or defame that person or entity.

This makes the Australian freedom of speech sphere a tricky one, like swimming in shark-infested waters.  So, whether it is an individual expression or one published by the media, it needs careful consideration before it is put out into the public arena.

The Australian freedom of speech is even more restricted when the expression is about the government or any of its agencies.

It seems there is a divide in the Commonwealth on this issue, as a Bill of Rights has been proposed many times over the past 40 years or so, with no success to date.

It begs the question as to whether the Australian freedom of speech is perceived as a threat in our democratic society.

What You Will Learn On The Great Ocean Road

Why Does Peter Dutton Look Asian?