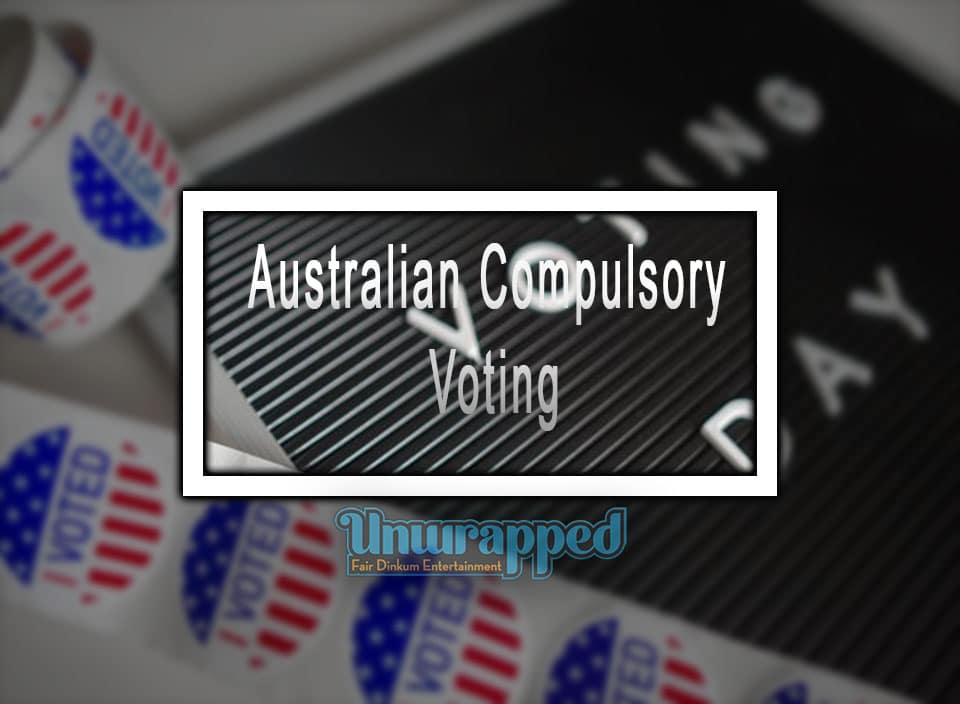 Australian Compulsory Voting – The common wealth electoral act 1918 under section 245(1), states that: “it shall be the duty of every elector to vote in each election”, a joint standing committee on electoral matters(JSCEM) is set to conduct an inquiry into the elections and considers public submissions. A report with recommendations for improvement to Australia’s  electoral system is published

On a related matter, it is an offense under the electoral act to remove a ballot paper from a polling place. In an election electors are given a number of ways to cast their vote which in this case is compulsory:

Due secrecy of the ballot, it is not possible to determine whether a person has completed their ballot paper before putting it in the box.

Voting at federal elections was introduced for Australian aborigines in 1949 and went on until 1984  when enrollment became compulsory for all eligible voters.

Australia has an electoral list based on the 150 electorates in the house of representative,

Non-Citizens The only non-Australians eligible to vote are: British subjects were on a commonwealth electoral roll before January 26 1984.

What happens if I fail to vote? After each election, the AEC will send a letter to all apparent nonvoters, requesting that they either provide a valid and sufficient reason for failing to vote or pay $20 penalty.

If within that period of time specified on the notice you fail to reply, and cannot provide a sufficient reason, or decline to pay the $20 penalty. Then the matter may be referred to a court, and if are found guilty, you may pay up to $170 plus court cost then a criminal conviction may be recorded against you.

For up to date information on Australian Politics click here

Many people have strong opinion on compulsory voting, lets take a look at a few from Twitter.

Henrik questions the democracy, when someone is forced to undertake an act or face heavy fines.

@GloriaDePiero I urge all people to register and to vote. I would prefer compulsary voting with a non of above box for those disenchanted.

Debs points out the possibility of using your vote, avoiding the fine, but choosing non of the above box. This should be discussed as then the true voice of the people could be heard.

Peter points out the voting opportunity, to influence who is in power, with a bold statement.

However you decide to vote, make sure you are informed for up to date information on Australian Politics check in daily with Australia Unwrapped.com for unbiased, opinions on our political landscape.