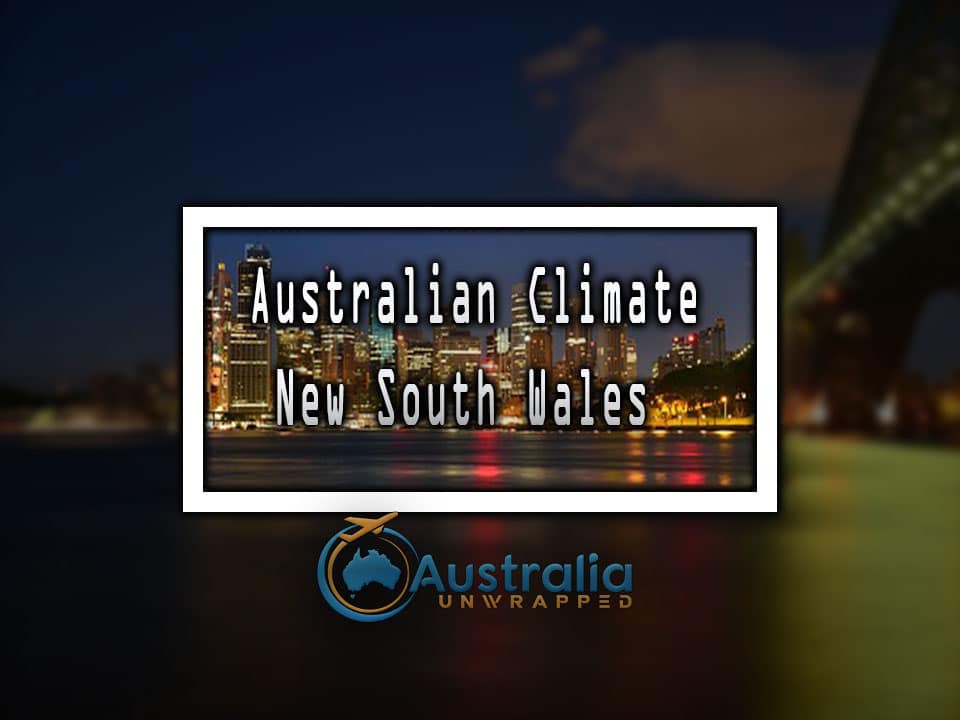 Travelling is fun. Going to new places and exploring new cultures is an altogether different experience. But, the experience also depends on many factors, one of which is climate. If you go to a beautiful place, but the climate is taking a toll on you, your experience can become a nightmare. It is very important to consider the climate before heading to any place.

The climate in Australia is quite varied. New South Wales, features a mild climate. It is hot during summers and cool during winters. The eastern part features temperate weather, the southern coast features cool weather and the central coast features humid weather.

western part forms the major portion of New South Wales. This region features an arid to semi-arid climate. Throughout the region, the average rainfall ranges from 5.9 inches (150 mm) to 20 inches (500 mm) in a year. The rainfall is usually higher in the western slope of this region, around 24 inches (600 mm) and occurs almost through the year.

The peaks of the Great Dividing Range can be normal to extreme cool. This season also features frosts and snowfalls. The summer season is rarely hot here. The rainfall in this region is moderate, from 24 inches (600 mm) to 59 inches (1,500 mm), occurring throughout the year. The peaks of the Snowy Mountains witness heavy snow and cold temperature, typical subpolar oceanic climate. This also makes the Snowy Mountains a favourite among travellers. This is a preferred place for adventure enthusiasts. Many adventure sports carry out throughout the year.

The flat coastal plains towards the east of the range have a cool oceanic climate in the sound and humid subtropical region at the far north of New South Wales. This area also receives the highest rainfall ranging from 31 inches (800 mm) to as high as 120 inches (3000 mm). The southern coast features the heaviest rainfall in winter because of the cold frosts. The far north region receives the heaviest rain in summer and even cyclones sometimes.

Sydney, the capital city of New South Wales enjoys a Mediterranean- style climate almost throughout the year. The days are bright and sunny. The summers vary from warm to hot and the winter season is mild, while it rains evenly around the calendar. The travellers love to head to the golden beaches of Sydney during summer. Some of the famous beaches here are Bondi Beach, Manly Beach, Palm Beach etc, where summers can be enjoyed thoroughly.

There is no best season to visit, it depends on what you want, New South Wales offers so much.  You can plan a trip at any time of the year to New South Wales. Every season has something to offer. During summers, you can enjoy the firework at the Sydney Harbour Bridge. For adventure and snow, you can head to the Snowy Mountains or can do whale-watching in Sydney. Every season is amazing in New South Wales.

What is the climate in New South Wales?

From September to November, New South Wales is brimming with lush greenery and enjoys balmy, sunny days. It has a sub-tropical climate year-round with semi-tropical summers, especially in lower central areas, and cool winters.