Australia to Benefit From Legalisation of Cannabis Through Tax Revenue 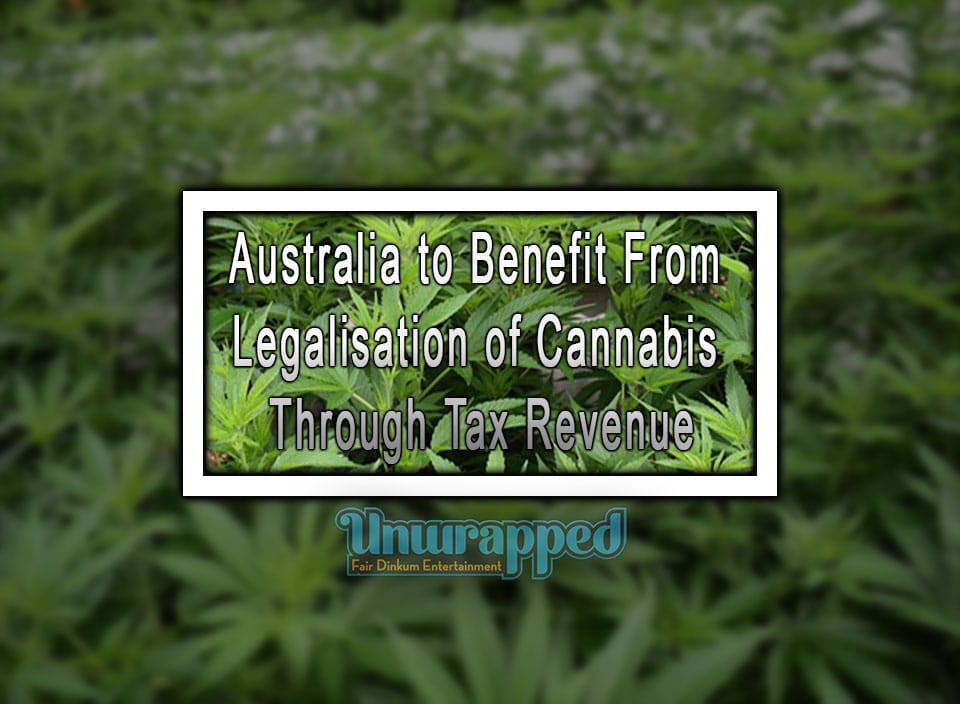 Why Legalisation of Cannabis is a Big Deal for Australia?

According to the parliamentarian budget in 2018, the legalisation of Cannabis would result in an increase in revenue by approximately $2 billion annually for Australia. The legalisation would result in regulation and taxation of cannabis in a manner similar to alcohol and tobacco. This means that the government would get an additional stream of revenue generation, that could possibly be a pot of gold for the Australian economy.

How Much Revenue Is There To Generate?

According to preliminary estimates, if 25% excise and GST are to be levied on cannabis then this would generate additional revenue of almost AUD 0.9 annually and AUD 3.6 billion in about four years time. These estimates may very well be conservative right now because the current data is based on projections.

Another set of projections has been presented in a paper by Senator Richard Di Natale of the Greens. This paper was prepared in 2018 and it contained projections for the next ten years. According to this paper, Australia would generate approximately $2 billion annually from cannabis excise, company tax and GST on cannabis if it were to be legalised. Over the next ten years, this would translate into $20 billion of tax revenue from the legal cannabis sector alone.

This annual revenue of $2 billion can be broken down into three different assumptions. The first assumption is that the average Australian cannabis consumer, of whom there is no dearth, consume at least 3 grams of Cannabis per week.

The second assumption is that legalisation would result in higher demand, than what the market currently has. A lot of people are potential customers but they do not consume it because the drug is illegal. Similarly a lot of people may want to consume more but are restricted because of the illegality of the drug. Legalising it would allow more people access to the drug, thereby increasing the demand.

The third assumption is that a significant portion of demand would come from the tourists. Very few countries have legalised cannabis to this date and therefore, legalising cannabis would incentivise tourists to visit Australia for this purpose as well. The paper submitted by Senator Richard, the assumption is that the tourists would share 10% of the total demand.

According to the State of Legal Marijuana Markets, Canada has generated approximately $1.3 billion in tax revenue since the legalisation of marijuana in late 2018. Australia can have much higher figures if the legalisation goes ahead and tax is levied to regulate the usage.

Australia already taxes alcohol and tobacco at quite high rates, yet people still consume them. With cannabis it would be no different, the end result would be generation of tax revenue that the country loses each year because the drug is illegal.

Another positive impact of legalising cannabis would be on the law and order agencies. As legalising cannabis would make it one substance less to regulate for the law enforcement agencies. This would allow the law enforcement agencies to divert their resources that they currently use to monitor and police cannabis, to other areas that require more focus.

Directly generating revenue is one thing, what needs to be realised is that the legalisation of cannabis will also have indirect effects on the Australian society. The legalisation of cannabis will kick to life a chain of different industries. It will increase employment across multiple sectors. There is expected to be an uptick in the cannabis agriculture industry, this will create thousands of jobs alone on its own. Not to mention the utilisation of agricultural land, sale and purchase of agricultural machinery. All of this is not only going to generate tax revenue but will also increase the level of production in the country, thereby increasing the GDP.

Agricultural industry is just one thing, it will also impact the medical and research sectors. There will be a need for more trained technical staff to carry out research and development. More demand for people who work in dispensaries and so on.

Then there are companies springing up, to manufacture and distribute cannabis and cannabis based products and a company is just a company whether it be in the legalised cannabis industry or in any other industry. Meaning that a company will need executive, managerial, supervisory and operational staff for its operations. All indicators therefore suggest that if Australia goes on to legalise cannabis, the advantage to the economy is going to be far more than what is being projected right now. The externalities of this decision cannot be accurately measured.

The benefit therefore from the legalisation of cannabis is far too much to be ignored, however effective safeguards need to be put in place to counter any harmful effects. Cannabis after all, is like any other drug and if consumed in excess can have harmful effects on human health. The argument however is that how can it be justified to criminalise the usage of cannabis when tobacco and alcohol are legal? So if tobacco and alcohol can be used to generate tax revenue through regulation, then the same should also apply to cannabis.

Also See: Does Manufacturing in Australia Have a Future?

Stay Connected
41,936FansLike
5,684FollowersFollow
815FollowersFollow
Previous article
20 Different Products That Can Be Made From Hemp And Cannabis
Next article
Barriers That Stop Cannabis Being Legalised In Australia

Instilling Social Consciousness Is A Priority For Australian Parents

Top Tips For Planning Your Next Aussie Family Road Trip