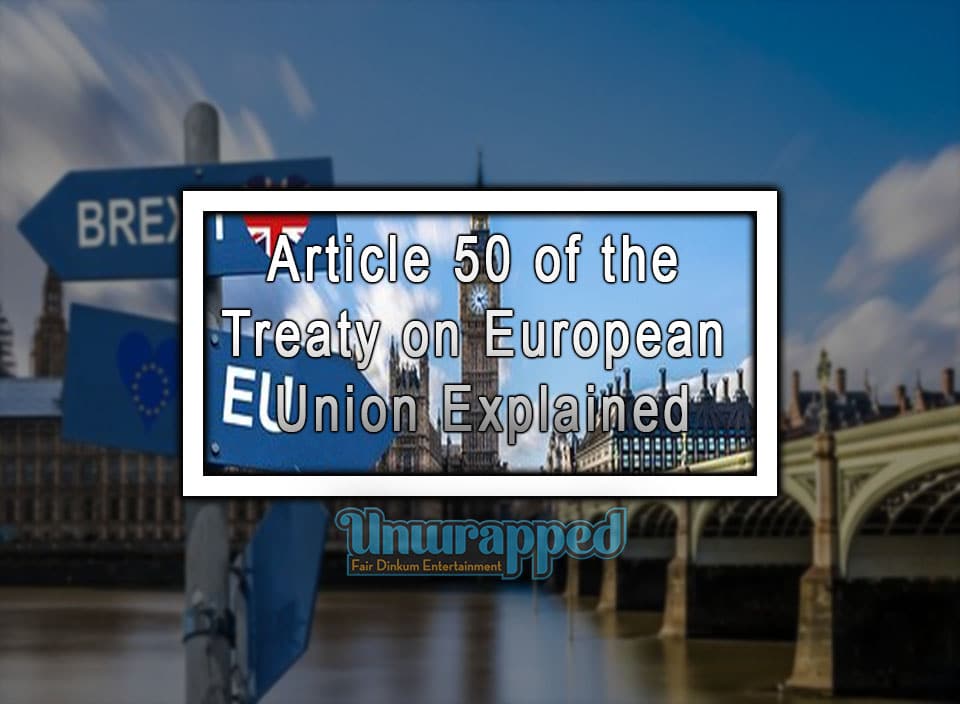 A member state of the European Union is required to notify the EU of their intention to withdraw. This is stipulated in Article 50. The Article further directs the EU to negotiate the withdrawal agreement with the state involved. The following is an explanation of the five key points in Article 50.

As highlighted above, the form of withdrawing is negotiable. This implies that the terms may as well no be favorable to the UK. The Treaties of the Union will stop applying to the UK immediately the process of withdrawing starts. The same will happen after two years when no deal is made unless an extension is made after a unanimous agreement.

These laws are still applicable to the UK in the two-year negotiation period. That means the UK will still transact its businesses as usual.

Also See : Top 10 Historical Moments In The NRL In Australia