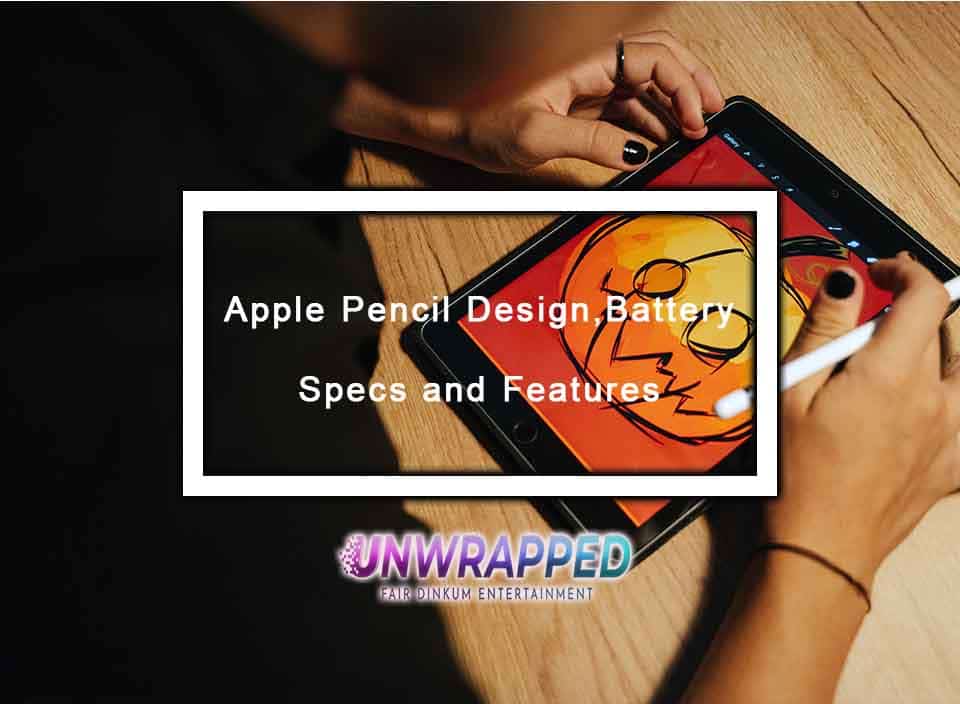 Everything You Need to Know About the Apple Pencil

Apple Pencil Design, Battery life, Specs and features: Apple Pencil was first presented by Apple at its recent event. When I first heard about this pencil, it was like something similar to a stylus for me. But Apple has brought up a new dimension to multi-touch technology.

This is not something like a stylus. I am sure engineers have worked hard to engineer this product. Simply this pencil is the second name of precision in touch technology.

Without using it, you can feel this would function as an actual pencil.

Let’s have a more detailed look at its features.

I got no doubt about the touch technology of iPad Pro and its previous versions. Your finger touch can be recognized by the iPad to really good precision. But there are moments when you feel like having a pencil. This was the notion behind its production. It functions actually like a pencil, that’s why you feel you know how to use it just by looking at it. You can make digital paintings, watercolour portraits or blueprints. Its functionality is limited to, your imagination only.

The responsiveness of the Apple pencil is extremely fast. We should applaud Apple’s efforts while making this device. Its latency is the best quality. I am amazed to see that the tiny time between drawing and appearing on screen has been reduced to an extreme level.

More importantly, iPad’s sensors can differentiate between human touch and a pencil. When you are using an Apple pencil, sensors will work 240 times faster than a finger touch. It is a matter of a few milliseconds to get an image to appear on the screen.

Unlike another stylus, you can draw a line of any thickness by applying pressure and weight. Inside the Apple pencil, intricate and accurate sensors are present. They can exactly measure whether the weight has been applied or not. In this way, you can draw dark and thick lines or wispy hairlines. As I said earlier, creativity is only limited to your imagination.

Two tilt sensors are present inside the casing of the pencil. These sensors will help to measure the angle of the pencil you hold to. In this way, you can use this pencil to draw shading lines, as you would do while using charcoal pencils, etc.  To be honest, I am intimidated by this pencil.

Just slip off the magnetic cap on the other end of the pencil. A connector will be revealed. This connector can be inserted into the iPad Pro. In this way, you can charge your pencil. You need a pencil in a hurry! No problem. The next thing I am going to tell is amazing. Just put the connector in iPad Pro for fifteen seconds. Your pencil will get charged for thirty minutes. Fifteen seconds for thirty minutes! When it is fully charged, you can use this pencil for straight twelve hours.

Simply I can say, Apple Pencil is the masterpiece presented by Apple, Inc. It is beyond the imaginations of people, that’s why they are in awe of this masterpiece.

Comment below on your thoughts regards the new pencil.