When is Anzac Day Commemoration Committee 2023 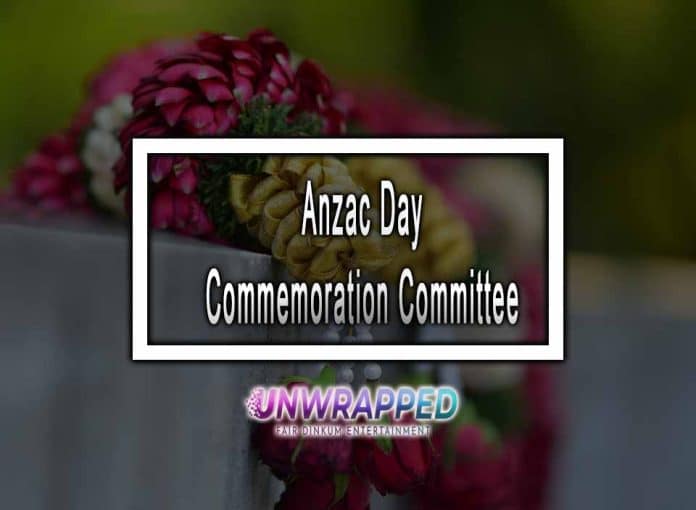 Anzac Day is celebrated every year on April 25 in Queensland, Australia. Every year on April 25, there is a public holiday. Do you know? On April 25 1915 Australian and New Zealand troops (the ANZACs) first arrived at Gallipoli in World War I. The commemoration of Anzac Day in Australia did not originate as a government effort or due to returning military organisations. Indeed, in the weeks leading up to April 25 1916.

The first anniversary of the landing, acting Prime Minister George Pearce expressed reservations about the ceremony, proposing that the nation should wait for a military triumph before marking the occasion. Nevertheless, the notion of an “Anzac Day” has been floated since immediately after the Gallipoli landing in 1915, and several activities carrying that name took place in 1915.

The city’s Anzac Day Parade kicks off at 10am at the corner of George and Elizabeth streets, heading down its traditional route on Adelaide Street, before the march ends in Creek Street at 12:30pm. Free travel is available on all services for Defence Force personnel and veterans in uniform or wearing service medals.

Anzac Day was commemorated initially in Queensland on April 25, 1916, the first anniversary of the Gallipoli landings. It’s worth noting that, while Canon Garland was a devout Anglican, he was well aware that the Australian troops and others who would wish to grieve or memorialise them came from a diverse variety of religions, making religious aspects in the ceremonies challenging to incorporate. Protestants did not pray for the souls of the dead, Roman Catholics would refuse to attend a religious event organised by a non-Catholic, and Jews believed in God but not in the Holy Trinity.

As a result, Garland advised that instead of prayers uttered from the podium at any public event, everyone attending is invited to spend a minute in quiet prayer or meditation according to their own beliefs. Garland also suggested that any hymn singing be confined to hymns acceptable to people of various religions, like those that mention God but not the Holy Trinity. Given these fundamental ideals, most public Anzac Day events in Queensland are secular, with the singing being restricted to the national song.

Since the initial remembrance in 1916, the Anzac Day observance has evolved. After the war ended, many localities created World War I war monuments and found sections of the Returned Sailors and Soldiers Imperial League of Australia, now known as the Returned and Services League of Australia (RSL). The RSL has taken over the arrangements for Anzac Day ceremonies in many Queensland communities throughout the years, and these services are frequently conducted at the local war monument. Fewer people attend Anzac Day church services as Queensland has become more secular, preferring the more inclusive rituals at military memorials.

The privilege of walking in the Anzac Day parade was once limited to veterans who had served in World War I on active duty. However, it loosened this to include both current and retired military people over time. In addition, it became increasingly difficult for World War I soldiers to march as they became older and frailer. Although ailing veterans may ride in a car to the parades, many opt to march alongside their colleagues with the help of a family member. As a result, family members expressed an interest in marching in the place of a deceased veteran. Although most Anzac ceremonies now allow family members to march in place of a fallen serviceman, family members of live troops continue to be a sensitive topic.

What Events Took Place On The First Anzac Day in Queensland?

Church Service in the morning, Evening Gatherings, One Minute Silence, and A Marching parade of veterans took place on The First Anzac Day in Queensland.