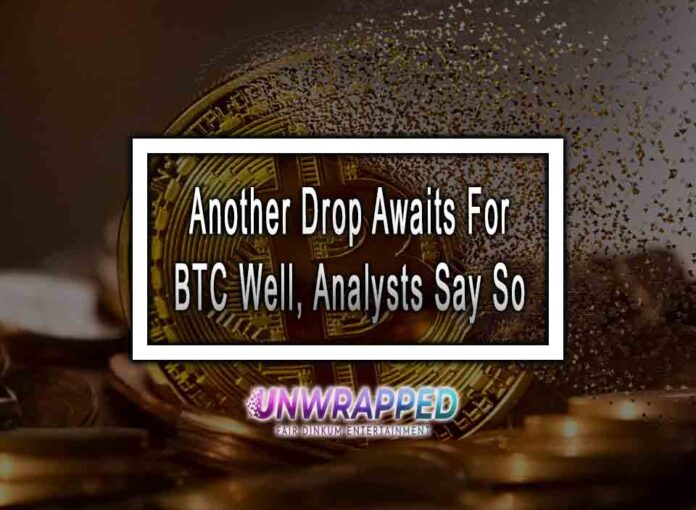 Bitcoin has been on a roller coaster ride this year, and it doesn’t look like it will stop anytime soon. After hitting an all-time high in December, the cryptocurrency has been on a steady decline, and analysts predict that it will drop even further more quickly. So, what does this mean for those who have invested in Bitcoin? Read on to find out.

The crypto winter has been hard on Bitcoin, with the price dropping significantly since December. While there are several factors that have contributed to this, some analysts believe that another drop is imminent.

One of the leading causes of the current price drop is China’s decrease in trading activity. Chinese exchanges used to account for a large percentage of Bitcoin trading volume, but this has dried up in recent months due to stricter regulation from the Chinese government.

Another factor that has led to the current price drop is the lack of institutional investment in Bitcoin. Many institutional investors are still hesitant to get involved in cryptocurrency, which has prevented much potential money from flowing into Bitcoin.

Finally, another reason some analysts believe that another BTC price drop is coming is the possibility of a hard fork in the near future. This could split the Bitcoin community and result in two different versions of Bitcoin, each with its own price. This could lead to even more selling pressure on Bitcoin and lower price.

So, while there are several factors that have contributed to the current BTC price drop, it seems that another bubble may be on the horizon. Only time will tell though, so

What Will Be The Impact Of Another Drop In BTC Prices?

Some people believe that another drop in BTC prices could be the final nail in the coffin for the currency, while others believe that it could present a buying opportunity.

Personally, I think that another drop in BTC prices is inevitable. The market has been incredibly volatile over the past few months, and I believe that we could see prices fall even lower than they are right now. However, I also believe that there could be some bargain-hunting going on, so we could see prices stabilize or even rebound in the short term.

I believe BTC will eventually recover from any price drops in the long term. The currency has a lot of potentials, and I think that its underlying technology is very strong. I think that BTC could eventually become a major player in the global financial system, so I wouldn’t write it off just yet despite any price drops that we might see in the future.

How To Overcome This Situation Leading To Current Crypto Winter?

Analysts say that BTC is likely to see another drop in the near future. They attribute this to the current market situation, which they believe is not conducive to sustained growth in the value of BTC. So, what can be done to overcome this situation and lead to a new bull market for BTC?

One way to try and overcome the current market situation is by increasing adoption of BTC. This can be done through education and outreach, which can help more people understand what BTC is and how it works. Additionally, increasing the use of BTC for real-world transactions can also help to increase its adoption.

Another way to try and boost the price of BTC is through buybacks and Burns. This is where companies or individuals buy up large amounts of BTC and then destroy them, thus reducing the supply and potentially increasing the price.

Ultimately, it will be up to the market to decide whether BTC sees sustained growth or not. However, by taking steps to increase adoption and reduce supply, it may be possible to give BTC a much-needed boost in the current climate.

Tips To Invest During This Drop In BTC

The recent drop in BTC prices has been attributed to a number of factors, including the Chinese government’s crackdown on cryptocurrency exchanges and fear over the future of Bitcoin. While some analysts believe that BTC will continue to fall in value, others believe that this is simply a temporary dip and that the prices will rebound soon. Only time will tell what the future holds for Bitcoin, but for now, it seems that another drop may be on the horizon.

Stay Connected
41,936FansLike
5,684FollowersFollow
865FollowersFollow
Previous article
The Rising Popularity Of Nfts, Will, In Turn, Enhance Their Value
Next article
What Are Synthetic Crypto Assets, And Why You Should Invest In Them

What are the basics you need to know about digital Yuan?