Amazing Facts About Fashion In Australia 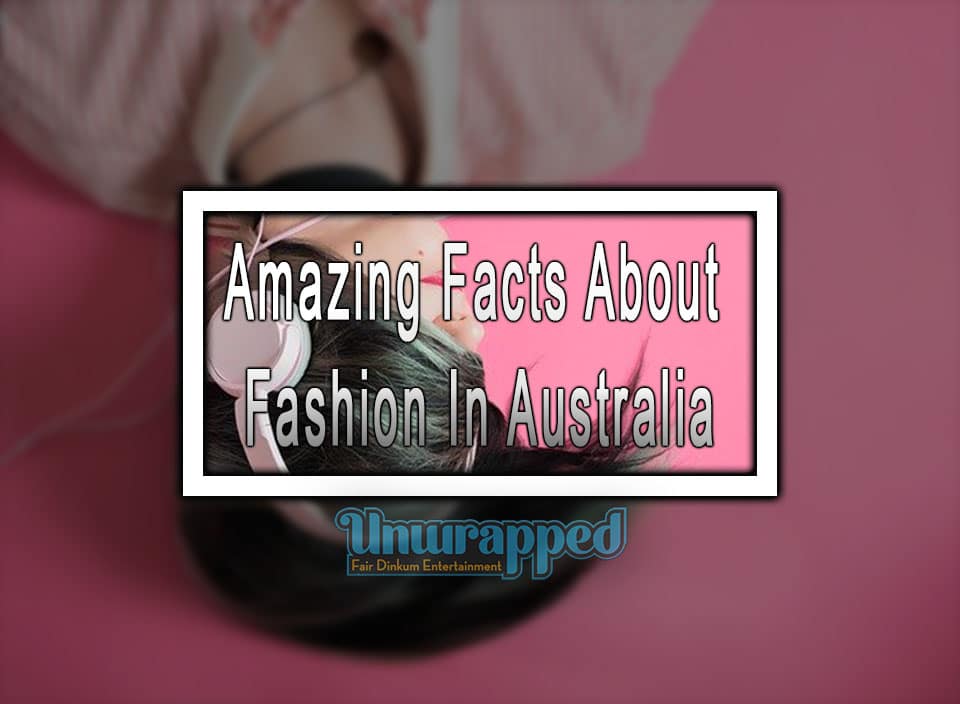 Fashion in Australia What You Need to Know

For centuries people have used fashion as a way of nonverbal communication. These body adornments have indicated rank, occupation, status, wealth and affiliation. Fashion is a form of free speech and the best form of iconography we have to express individual identity.

Australian fashion has evolved over the years with different dresses but one thing has remained constant. Those are the silk scarf that are well known all around the world with many different branded ones.

Here are some facts about the Australian fashion scene:

Australian’s Are The World’s Second-Largest Consumers of Fashion

They have an average consumption of 27kgs of new clothing a year. With this much of a consumer market, they’re one of the highest revenue-generating markets. The Australians throw away clothes even after wearing them once. Australians discard 23 per cent of their clothes into landfills. Though the landfills are filling up fast and the Australians are now moving towards sustainable clothing which is expensive but safe

Fashion is Big Business in Australia

The local luxury retail market alone is worth some $2bn in revenue with an annual growth of more than 10%. Designers and their designs are fast becoming hot exports for the world’s fashion meccas.

Her brand was introduced at the Mercedes Benz fashion week. From there it grew as an online E-boutique. Today it has around 200 stores worldwide. Her label features incarnate, feminine and playful style.

It was launched 2003 at the Australian Fashion Week. The clothes have luxurious fabrics, colourful prints along with eccentric details. It is a recognized brand in the US market which has helped them grow a considerable amount. Their label makes luxury designs along with quality finishes.

Australians Swimsuits Brands Are Well-Known Around The World

They produce brightly coloured clothes and have successfully gone to represent Australia in international forums. Australia being a tropical country has most of its time spent in summers. Hence because of which they have multiple swimsuit brands. Some of the well-known brands are Zimmermann, Tigerlily, Palm swimwear and many more.

Australians have been being doing the fashion week for more them two decades now. It started back in 1996 that is almost 20 years ago. Famous fashion gurus like Alex Perry who was known for his glamorous gowns and Ksubi who makes denim heaven were the notable fashion designers of Australia. The concept of Australian fashion week is unique from all others around the world as this week is more for producers rather than consumers. It is a chance for all producers to buy the designs from designers and make multiple copies of their own. It is held in the month of April in Sydney every year.

The beach experience in Australia has led to surfboard shorts, singlets, colourful shirts, and flip-flops to integrate Australian national dress code. That’s how the swimsuit lines of Australia came through.

They often had a vast selection of jewellery and accessories, from necklaces to hair combs and headbands, to waistbands and belts, headdresses and masks. They usually wore clothes that reflected the elements of the landscape.  Their clothes are also made of animal skins which included cloaks, belts, and Skirts

The Rainforest Clothes Were Inspired by Their Era

In rainforest-like areas, the cloth was beaten from the tree fibre, while in other areas, people used kangaroo skin as clothing. It was from these indigenous people that the rainforest clothes were inspired by and now whoever visits the rainforest wears similar kinds of clothes.

7 Sneaker Trends to Look Out for This Year

When You Wear a Jumpsuit, You Should Follow These Rules