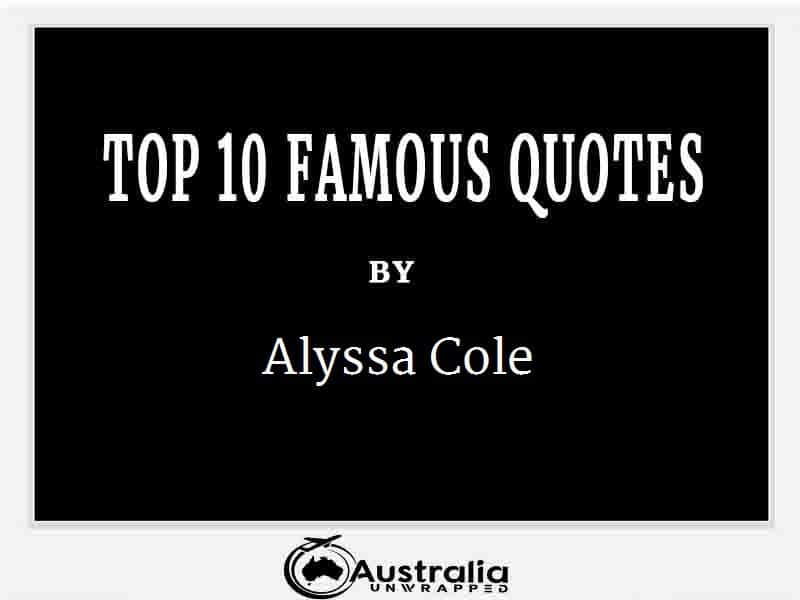 Quotes, who doesn’t love a good quote? This series of articles we look at Top 10 Famous Quotes by Author Alyssa Cole, author quotes are always a challenge and fun to pick, with Alyssa Cole you will find my Ten favourites of Alyssa Cole’s quotes.

“people who called instead of texting were a plague on humanity—”
― Alyssa Cole, A Princess in Theory

“People focused so much on the prince slipping on Cinderella’s lost shoe that they didn’t realize the real happily ever after was the moment she realized she was brave enough to go to the damned ball alone in the first place. “I’m not waiting around for some fuckboy to bring me a shoe. I’m here, working for you. I’m finding my own shoe,”
― Alyssa Cole, A Duke by Default

“Women helped each other in ways small and large every day, without thinking, and that was what kept them going even when the world came up with new and exciting ways to crush them.”
― Alyssa Cole, Let Us Dream

“Your Highness. While I admit that you are a fine specimen of a man, being a lesbian is not the only possible reason a woman wouldn’t respond to your attentions.”
― Alyssa Cole, A Princess in Theory

“Apparently, oh-sure-I’ll-do-that Ledi had been incinerated by the flames of her frustration and I-wish-a-motherfucker-would Ledi had risen from the ashes.”
― Alyssa Cole, A Princess in Theory

“It seemed the more he cared for her, the more easily he hurt her. Is that what love was? A finely honed blade that would cut at the slightest pressure?”
― Alyssa Cole, An Extraordinary Union

“How do you like your dukes? Grumpy? Tortured? Alpha, beta, or alpha in the streets, beta in the sheets?”
― Alyssa Cole, A Duke by Default

“This misplaced nationalism was another kind of corrupted love, and it was just as unpalatable.”
― Alyssa Cole, An Extraordinary Union

“Such finery, paid for at the small cost of human lives and dignity.”
― Alyssa Cole, An Extraordinary Union

“He’d been wrong about her, had seen her as some timid woodland creature who might skitter too close to him if she wasn’t careful, and get caught in his snare if he wasn’t even more careful than her, but in fact she was simply kind. Nothing so benign as nice or pleasant, but kind. There was nothing soft or gentle about that trait in a world that specialized in crushing it.”

― Alyssa Cole, A Prince on Paper