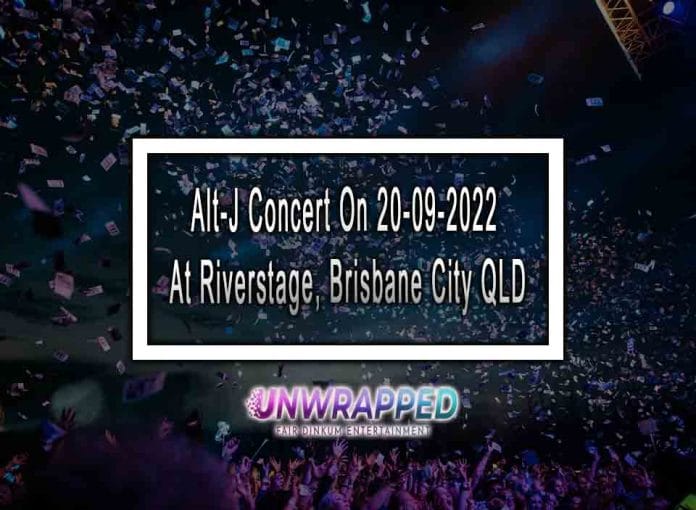 We’re happy to tell you that alt-J is back to Australia and New Zealand for The Dream Tour 2022, including six big gigs in Auckland, Brisbane, Melbourne, Sydney, Adelaide, and Perth. The tour comes ahead of the potential launch of their new album, The Dream, which features their recent hit ‘The Actor’ as well as previously released singles ‘Hard Drive Gold,’ ‘U&ME,’ and ‘Get Better.’ After the chart-topping success of Relaxer (2017), This Is All Yours (2014), and An Awesome Wave (2013), alt-J will release The Dream, their fourth studio album (2012).

From September 2022, the British indie group will perform in capital cities to commemorate the release of their first album in five years. Alt-j will release The Dream, their first album in five years, on Friday and will perform their first headline gigs in Australia exactly as long later this year! “It’s been too long since we visited lovely Australia,” the band stated of their upcoming gigs in Brisbane, Melbourne, Sydney, Adelaide, and Perth, which will be open to all ages.

Alt-J is a Leeds-based English indie music band that formed in 2007. An Awesome Wave, their debut album, was released in Europe in May 2012 and the United States in September 2012, and it received the 2012 British Mercury Prize. In early 2014, Sainsbury quit the band. It Is All Yours, their second album, was released on 22 September 2014 and immediately soared to number one in the United Kingdom.

The band’s fourth studio album, The Dream, was released in February 2022, and they are presently performing as a trio. The triangle-shaped emblem is the band’s official moniker. The band frequently refers to triangles; for example, “triangles are my favorite shape” is mentioned in the song “Tesselate,” and they form triangle symbols with their fingers during concerts, which they claim is just because it is a visually pleasing shape. The sign “Alt-J” is named from the key sequence used to create it on an Apple Mac computer: Alt+J.