DSLR Bracketing is the technique in which numbers of shots are taken of a single subject keeping different or same settings in the camera. Bracketing is very useful in case a satisfactory snapshot is not obtained with one shot; especially in situations where a small change in exposure parameters brings an appreciable change in image. This technique is recommended for tricky or extreme lighting conditions. In auto-bracketing mode, the camera itself changes settings in positive and negative incremental steps while various shots are taken. In this mode, the camera gets a series of pictures of the same scene.

If a subject to be photographed has a large amount of variation between bright and dark areas in a single frame and you are not sure of exposure settings then bracketing will come to your rescue. One of the ways to deal with such a situation keeps on changing exposure control and have a series of shots. However, in doing so it consumes time and if the environment is changing you may lose the exact moment in which you intend to get a photograph (for example sunset).

Majority of DSLR cameras have featured in them. In such a mode camera take three images for different exposure settings without changing the settings manually. The camera-based on its light metering takes the suitable snapshot. Now one shot on either side of this most suitable shots are taken, one overexposed and another underexposed. In the burst mode, all three shots are taken if the shutter is held down while in single-shot mode you have to press down shutter three times. That way you have the option to use the best shot.

Here exposures with a change in the focal plane are considered and the one where the largest portion of the subject is in focus is selected. White balance bracketing helps you deal with a situation of mixed lighting. For a single exposure, the camera makes several pictures with various white points. This bracketing does not require the number of exposures. In fact, if the pictures are shot in RAW format, white balance can be corrected in post-processing.

Lastly, flash bracketing technique is used when working with electronic flash. The intensity of light provided by the flash is changed to get the best combination of natural and the flashlight. The pictures stored in a RAW format allowing you to store image data exactly as captured by an image sensor of the camera. The RAW image data can be manipulated by image editing software so as to get a picture with correct exposure and colour.

Next part of the tutorial will cover exposure meters that control the light into your camera; their benefits to get perfect pictures.

10 Tips When Caring For Farm Animals

Aperture Optical Aberrations – Minimize Them to Enhance Quality in Photography 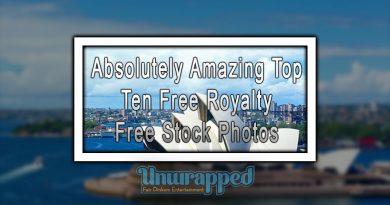