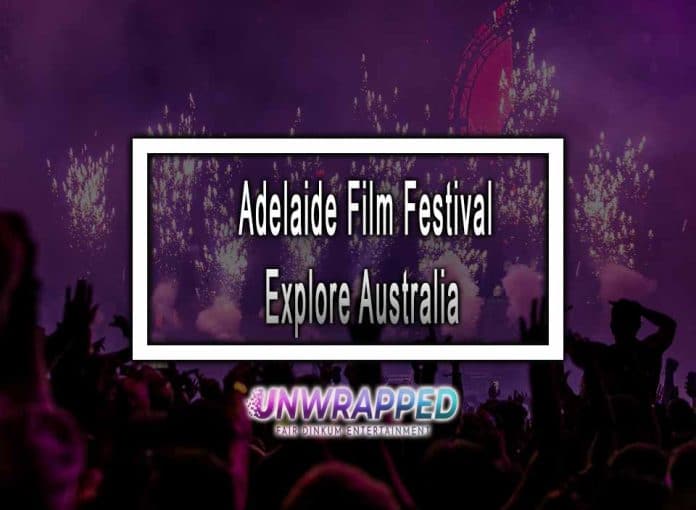 The Adelaide Film Festival is a potential international film festival in Adelaide, South Australia, for two weeks in mid-October. AFF was held in October 2013 after being conducted biennially in March 2003. Depending on finances, the festival hosts full or shorter events every other year; since 2015, some event has taken place every year.

The Adelaide Film Festival Investment Finance (AFFIF) was founded to fund investment in Australian films, and it has a focus on local South Australian and Australian produced material. It was recognised in Variety’s “50 Unmissable Film Festivals” in 2007. It was founded in 2003. The 2020 Festival was initially slated to run from October 14 to October 25, but the season was extended for five days due to excellent attendance and success.

From 1959 through 1980, an independently funded Adelaide International Film Festival (AIFF) was conducted. In 2002, South Australian Premier Hon. Mike Rann proposed a new film festival to boost the local film industry and commemorate the 30th anniversary of the South Australian Film Corporation, and a director and board were established. In addition, the Adelaide Film Festival Investment Support was established to help fund the Festival and other events in Adelaide.

The first Adelaide International Film Festival took place from February 28 to March 3, 2003. In various cinemas throughout Adelaide, it held screenings, special events, and forums. After its inaugural edition, the Festival dropped the word “international” from its name, signalling its departure from the FIAPF. For a time, it was known as the BigPond Adelaide Film Festival, or BAFF, because BigPond was its principal sponsor.

Katrina Sedgwick, the Festival’s founding director, was the Festival’s first director in 2002. She co-founded the Sydney Fringe Festival in 1995, worked as the Special Events Producer for the Adelaide Festival of Arts (1998, 2000), and was the creative director for the Adelaide Fringe in 2002. Sedgwick added an international jury prize to the event in 2007. Sedgwick stated the Festival was the first in Australia to establish an international competition and a production fund and that ticket sales had increased by 20% per year until she stepped down as festival director in 2013. After 8 years at the Australian Broadcasting Corporation and 8 years at the potential Special Broadcasting Service throughout the 1990s, Amanda Duthie was named Festival Director for the first time in 2013.

Mat Kesting was named the new CEO in 2019 after leading the Festival’s programming from 2015 to 2018. Mat’s enthusiasm for cinema and strong curatorial voice is highly recognised in the Australian film industry, having been named one of Screen International’s Future Leaders in 2019. He was previously the Exhibition Manager at the Mercury Cinema, where he oversaw special events such as Cinémathèque, Silent ReMasters, and Seniors on Screen. He was formerly Program Manager at the Brisbane International Film Festival, where he coordinated six editions of the On-Screen part of the OzAsia Festival.

When Was The First Adelaide Film Festival Celebrated?

The First Adelaide Film Festival Was Celebrated in 2003.