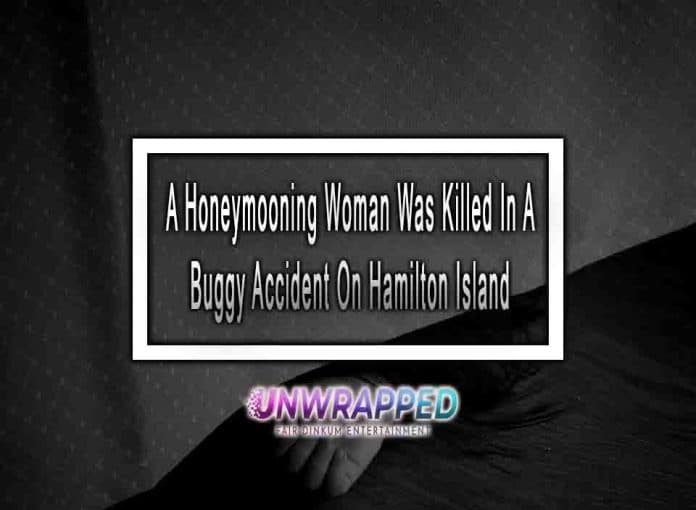 When Her New Husband Is Said To Have Tried A U-Turn, The 29-Year-Old Woman From NSW Was A Passenger In The Buggy.

A man who had only recently been married is organising his wife’s funeral. On Hamilton Island in the Whitsundays, a newlywed woman was killed in a bizarre golf buggy accident while on her honeymoon when it rolled while doing a U-turn. Just ten days ago, Marina and Robbie Morgan were wed at Doltone House in Sydney in the presence of their loved ones.’

Read: The Google Engineer Who Believes The Company’s Artificial Intelligence Has Come To Life

The couple then travelled north to celebrate, and as they were travelling on a golf buggy—the only vehicle permitted on the vacation island—it rolled. Other vacation travellers who saw the collision hurried to aid the 29-year-old lady.

Inspector Anthony Cowan of the Queensland Police claimed that there was “no sign of drinking or reckless driving or anything like that; it’s simply a horrible accident.” “Forty-five minutes of CPR, unsuccessfully attempted by an off-duty dentist, a fire officer, and the island doctor. Her spouse, who was driving, sustained just minor wounds.

When a neighbouring paramedic arrived on the scene, the woman was in cardiac arrest, and ambulance staff applauded the efforts of first responders to save her. As part of their investigation into the incident, police are analyzing CCTV and interviewing witnesses. According to acting Mackay Inspector Anthony Cowan, it seemed to be an unfortunate accident.

At around 4:40 PM on Monday, Acting Inspector Cowan stated that it seemed the driver was performing a U-turn on Whitsunday Boulevard when the buggy overturned. The police claim that the wagon had seatbelts, but it appears that the woman was not wearing one at the time of the crash.

Check Out: After Becoming Ill While Singing, KK, An Indian Singer, Died At 53