6 Use Cases of Robotics that Definitely Change our Future 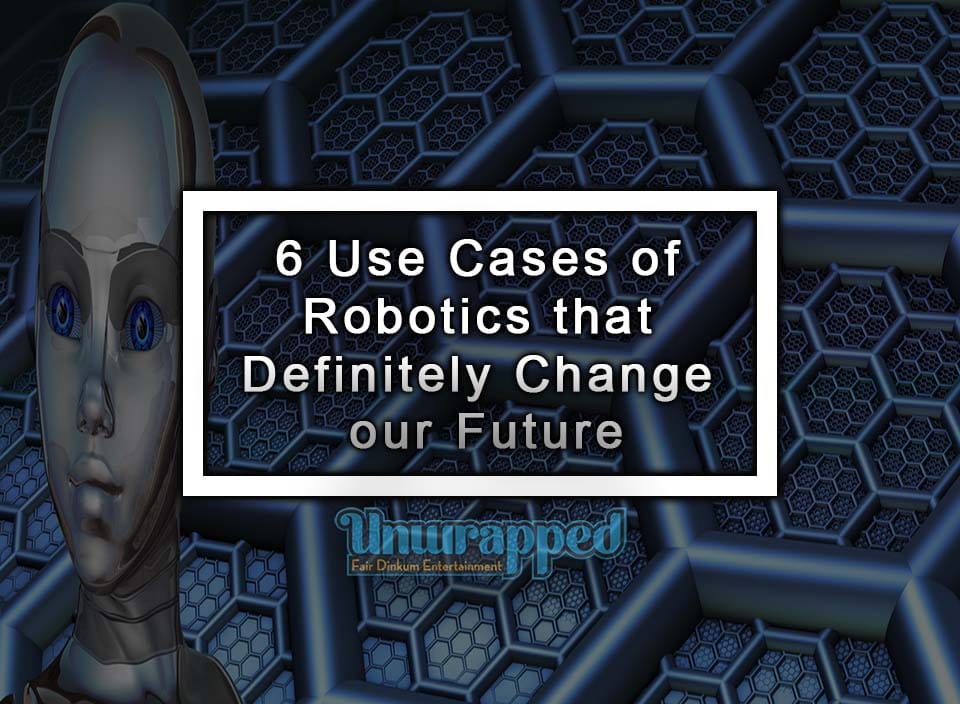 The use of robotic assistance in everyday life hardly surprises us anymore. According to the Statista website, global industrial robot sales have tripled over the past decade, peaking at around 422,000 units in 2018. The massive growth in the worldwide supply of industrial robots is driven mainly by the automotive sector—, which accounted for almost a third of new installations in 2019.

Thanks to artificial intelligence and machine learning, robots have become more autonomous in their work. New technologies also do not stand still, and the interaction of technologies and robotization can give excellent results shortly.

Let’s take a look at some of the uses of robotics that are changing our future.

Robots can perfectly cope with the role of a guard at any object. Robotics companies are currently working to pair security robots with security consultants. In the future, such robots may even help with armed robberies, burglaries, domestic violence, fraud, run-over, and escape, etc.

Attracting a robot to the entertainment industry is an attractive idea. Robots can be used, for example, for scenery, camera control, and special effects in theater and cinema. We can use robots for tedious, repetitive tasks that aren’t human-friendly. We can also use robots to perform dangerous stunts to humans but look pretty cool in action movies.

There are enough things in Space that are very dangerous for people. Humans cannot roam Mars all day to collect soil samples or repair a spacecraft from the outside while it is in deep Space! In such situations, robots are a great choice because then there is no chance of human life.

Forbes writes that robots can participate in robotic colonization. While humans will be vulnerable to solar and cosmic radiation, must deal with changes in gravity, and require oxygen, water, food, and more, robots will require almost nothing. They can support perhaps only one source of energy.

Robots have a significant impact on healthcare. Already, they can help doctors perform surgeries more accurately, be used as limb prostheses, provide treatment for patients, etc. The possibilities are endless.

Surgeons have always needed stable hands, as even the slightest movement could cut arteries, rupture tissue, or even puncture organs. There are no fully autonomous robotic surgeons, but several systems have been developed to empower humans.

A recent trend has been to integrate new technologies with advanced software to improve accuracy. For example, robots have been created to help carry out operations and tools for remote work with minimal delays or distortions.

Robots do well in places that are difficult for humans to reach. For example, to places deep underwater. There is substantial water pressure deep in the ocean, which means humans cannot go for it, and machines like submarines can only go down to a certain depth.

The deep underwater depths are a mysterious place that is difficult to explore without the help of robots. One can imagine what a massive amount of data about the underwater world can be collected using robots.

While creating something in the industrial sector, many repetitive activities do not require the use of the mind, such as welding, assembling, packaging, etc. These tasks can be easily performed by robots, leaving mental and creative functions to humans. For example, we can train robots to perform repetitive tasks with precision under human guidance. This option is excellent for harmful production to humans with the participation of chemicals and other dangers.

These days, robots are beginning to be used for an increasing set of operations. There are many other uses for robots due to their precision and programming to perform various dangerous, tedious, or repetitive tasks to humans. The combination of software and robots can create great solutions for our comfort and convenience. Custom software development services are often the solution to problems for robots: more and more developers are hired to write tasks for mechanical elements in various areas of our lives. And such a future truly pushes the boundaries.

Stay Connected
47,657FansLike
5,663FollowersFollow
840FollowersFollow
Previous articlePDF Editing, Highlighting, Redacting, and More
Next articleHow to Use a VPN to Bypass Geo-restrictions and Access any Web Service in Australia