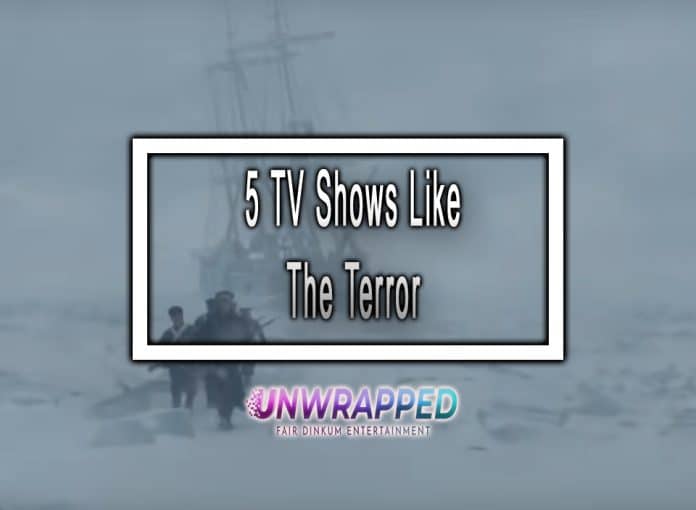 Here is our list of TV Shows like The Terror that we are sure you will enjoy. About The Terror Season one: In 1847-8, the crew of a real life Royal Naval expedition (later known as Franklin’s expedition) is sent to find the Arctic’s fabled treacherous Northwest Passage, but instead they encounter a monstrous polar bear-like predator, a cunning and vicious Gothic horror that stalks the ships in a desperate game of survival.

Chernobyl nuclear power station exploded in northern Ukraine in April 1986. As well as the men and women who died trying to contain the disaster, this series tells the story of those who attempted to prevent a worse disaster in the future.

This is the true story of Ernest Shackleton’s 1914 Endurance expedition to the South Pole, and his epic journey after his ship was crushed in pack ice to lead his twenty-eight man crew to safety.

This survival epic, psychological horror story, and coming-of-age drama revolves around a team of wildly talented high school girls soccer players who become the (un)lucky survivors of a plane crash in the Arctic wilderness.

Marcus Smith must band together with his old friend Shane Valdez and a group of Survivors when his life is turned upside down as a result of an infectious disease that turns the dead into walking dead.

I hope you find something on this list you will enjoy; if you like The Terror, we are sure you will enjoy the rest of these titles. Comment below on other TV Shows you have enjoyed similar to The Terror.

More TV Shows: 5 TV Shows Like The Shield to Watch