Skip to content
You are here:Home / 5 Signs a Company May Be Heading Towards Bankruptcy 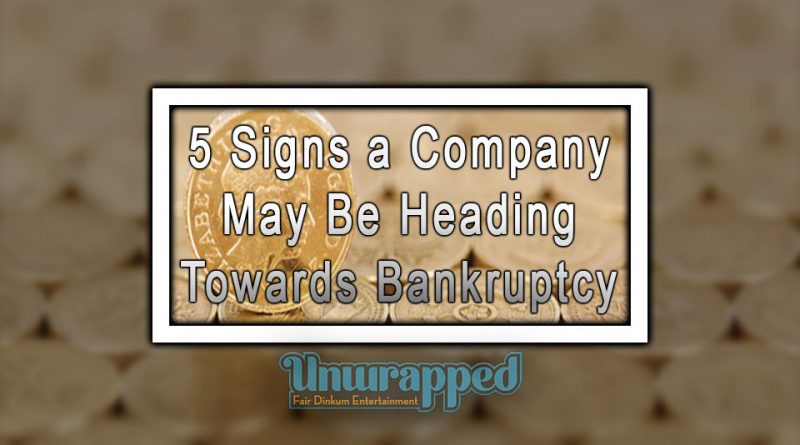 Money Matters
18/02/202118/02/2021 Dave Peterson 0 Comments How Cashback Can Help You Save Money, reserve bank of australia, The Hidden Cost of Printing Money and Why Quantitative Easing is a Road to Ruin, Top 20 Applications To Save Money

First 5 Signs a Business May be Heading Towards Bankruptcy

Knowing how to figure out when a company is in hot waters is a very important financial skill that can help an investor a long way. There are many financial indicators for companies and each indicator tells a different story. Think of these indicators like vital signs of a human, you have got blood pressure readings, heartbeat, oxygen levels, sugar levels and so many other vital signs that tell doctors about your health.

Companies have similar indicators and simply knowing what an indicator does is not enough to know when the company will be in trouble. For instance an amateur investor may think that a company that does not give out dividends is probably in trouble. Not necessarily, many companies don’t give out dividends. Amazon is a prime example. Similarly incurring loss after loss, year after year may make one think that the company is not good for investment. Once again this is not true, a company making a loss is not necessarily a bad investment.

So let us get started with a list of 5 signs that can tell you when a company may be heading for bankruptcy.

Stock markets are to a very great extent ruled by sentiments. What the investors in general think about a company can be more decisive than the actual performance of the company. Why? Simply because the decisions of the investors based on news and rumors can drive the stock value of a company up and down.

Now rumors and dis-info can cause dips in price level but they are not good enough to cause a sustained drop in price levels but if there is a stream of negative news about the company then this can create a negative perception of the company and thus make investors unwilling to invest into a company.

Think about what happened to Gamestop. Hedge fund managers wanted to kill the company because its financial position was bad. For hedge fund managers this would have been a mercy kill. But the Reddit community got word of it and instead of dumping the investment, they decided to stand with Gamestop in an exemplary show of brand loyalty. As a result, the surge of investors buying Gamestop shares caused a fiasco that the Wallstreet will remember forever!

A very important thing to look out for for a company is its compliance with all local rules and regulations. You do not want to invest in a company that is profitable one day and then ends up losing all of its share value due to fines and penalties. This happened at the start of the millennium with Enronn, the energy giant. The Enronn scandal is probably the biggest financial scandal so far.

The CFO and other officials of the company were found involved din creative accounting, they hid off the losses to make the books appear profitable. When the truth came out, the share value of the company crashed in a day and the investors ended up losing all of their investment and eventually the company ended up going bankrupt.

Also See: 5 Best Tips to Save Money At Regular Intervals

3-Vision of the Executive Board

Now this is not your typical indicator but this is a very important thing to look out for. If the executive board of any company is not visionary then it is only a matter of time before that company ends up losing out to the competition.

Kodak for instance once led the market for cameras but their board was not innovative and visionary enough to see that the market was going to be changed by the introduction of digital cameras. They absolutely failed and refused to innovate their product line and thus as a result lost out to companies like Canon, Nikon and Sony etc.

A similar situation happened with Nokia. There was a time when Nokia dominated the mobile phone market but their board failed to see the shift coming with the development of smartphones. As a result when Apple launched the iphone followed by Samsung which created a revolution of smartphones, Nokia lost almost all of their market share.

4-Integrity of the Management

Make sure that you know that the company you are investing in, is known for their integrity and honesty. This can be found out by transparency, CSR and other such awards and recognitions by professional bodies. You can also determine the integrity by checking who the external auditor is. If the external auditor is a firm known for clean audits, then you can be sure that the company is good. If however the auditor is not well known or has a past of signing out untrustworthy reports, then it is better to stay away from such companies because sooner or later the management will get in trouble and get fined to bankruptcy.

Also See: How To Make Compounding Interest Work For You

Cash Flow refers to how much money the business has got to pay off its creditors. At any time the current asset to current liability ratio should be 1:1. If the ratio dips below this, then the company is in serious trouble.

You can easily find the cash flow position of a company in the quarterly and annual financial statements. In addition to this, you can also search it up on the internet. Make sure you check the cash flow situation even if most of the other indicators are good.

Also See: Creepy Experiments CERN Does In Its Underground Lab 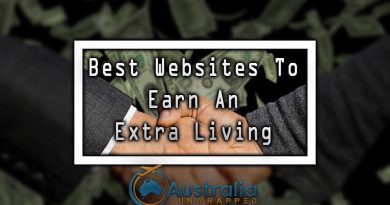 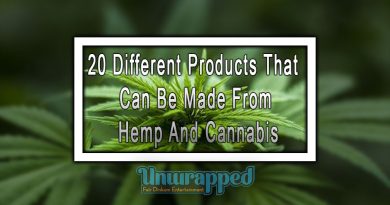 20 Different Products That Can Be Made From Hemp And Cannabis

Setting Up a Side Hustle with These Great Ideas